Last year, I said that I would probably just stop playing MLB: The Show if I didn’t have to review it every year.

It’s not that the series has suddenly become bad, but (like a lot of franchises that stick to a yearly release schedule) the whole thing was beginning to feel tired. I knew it was technically impressive and that the mechanics were solid, but it was starting to feel like I had been playing the same game for years.

Well, this year’s entry (out now for PlayStation 4 and PlayStation 3, with this review based on the PS4 version) has livened the series up a bit with some fun additions and new modes. Above: Here comes the pitch.

The Show nailed the core of what makes a good baseball game years ago, and this still works wonderfully. Baseball might be the hardest sport to translate into a digital medium, since you have all of those players doing completely different tasks, all dictated by a set of confusing rules. However, The Show always makes you feel like you’re in control while offering an authentic experience.

If you’re new to the series, the difficulty curve might seem a bit steep, but The Show offers a ton of tutorials and control options that can help new players learn the basics and complexities of its brand of digital baseball. 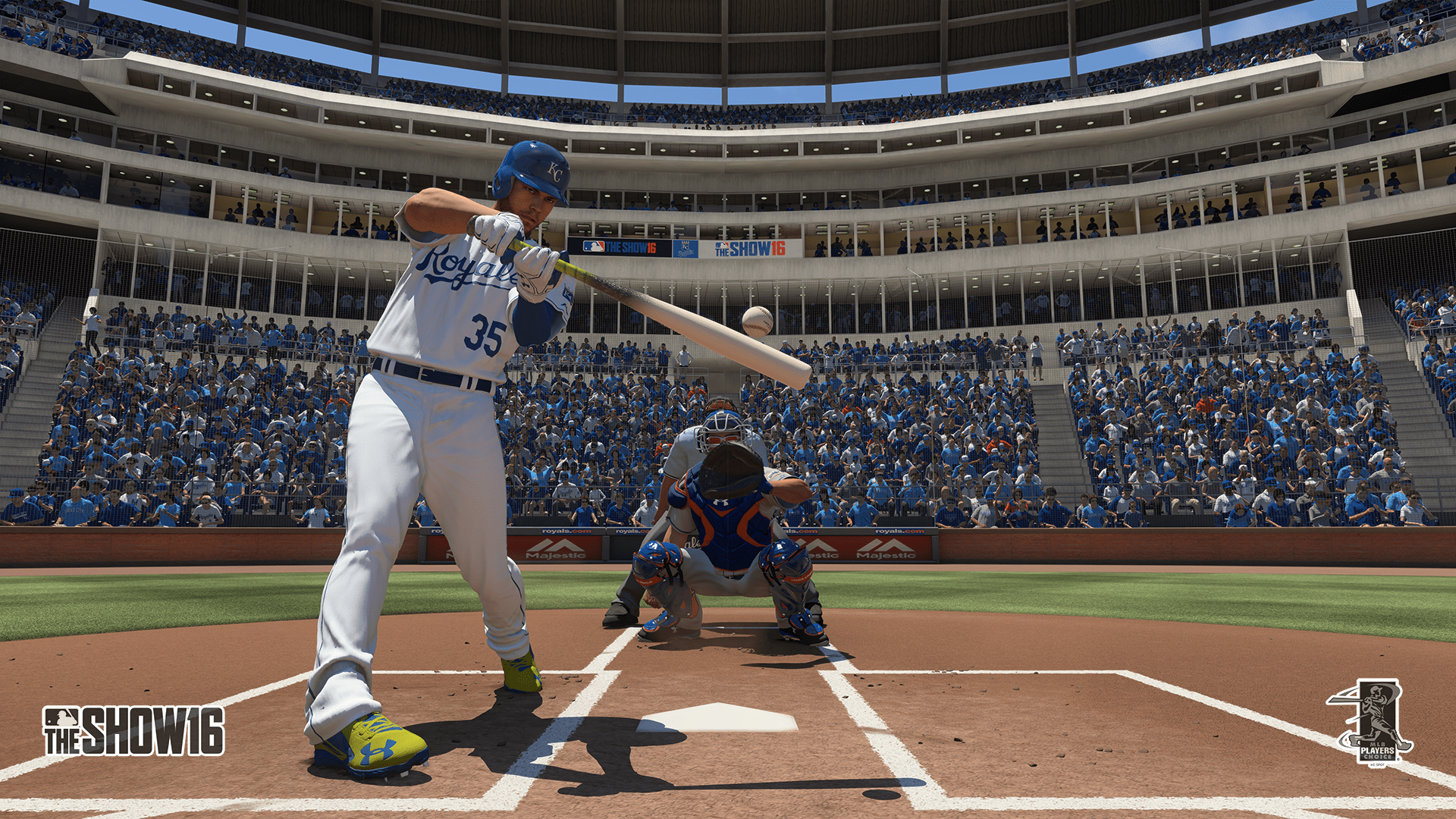 Above: Give him the big cheese!

Road to the Show improvements

Road to the Show has always been my favorite mode, and it’s better than ever this year thanks to some new features. If you haven’t played it before, you create a a player and then guide him through a career, starting at the minor leagues and working up to the majors.

This year, you can unlock perks for your player that can give them extra benefits, like forcing incoming pitches into the strike zone. However, equipping these will shorten the amount of ShowTime meter you can use. ShowTime is another new feature that enables you to slow the action, which can make hitting a ball or throwing a strike significantly easier. Both of these additions give players new ways to work around tense, seemingly hopeless moments. Above: Everything is better with a perk system.

Dynasty Mode lets players create their own fantasy team, and a couple of new modes-within-the-mode help MLB The Show 16 stand out from its predecessors. Conquest is a single-player affair that’s a mix between The Show’s traditional baseball and a board game like Risk. You try to take over territories on a hexagonal map of the U.S. by beating teams and stealing their fans.

Battle Royale is an online mode that has players draft teams each time they enter. After that, you fight against other players and see who can rack up the most wins before elimination. The more wins, the better rewards you’ll get. Those rewards include new players that can help you improve your Dynasty Mode team. 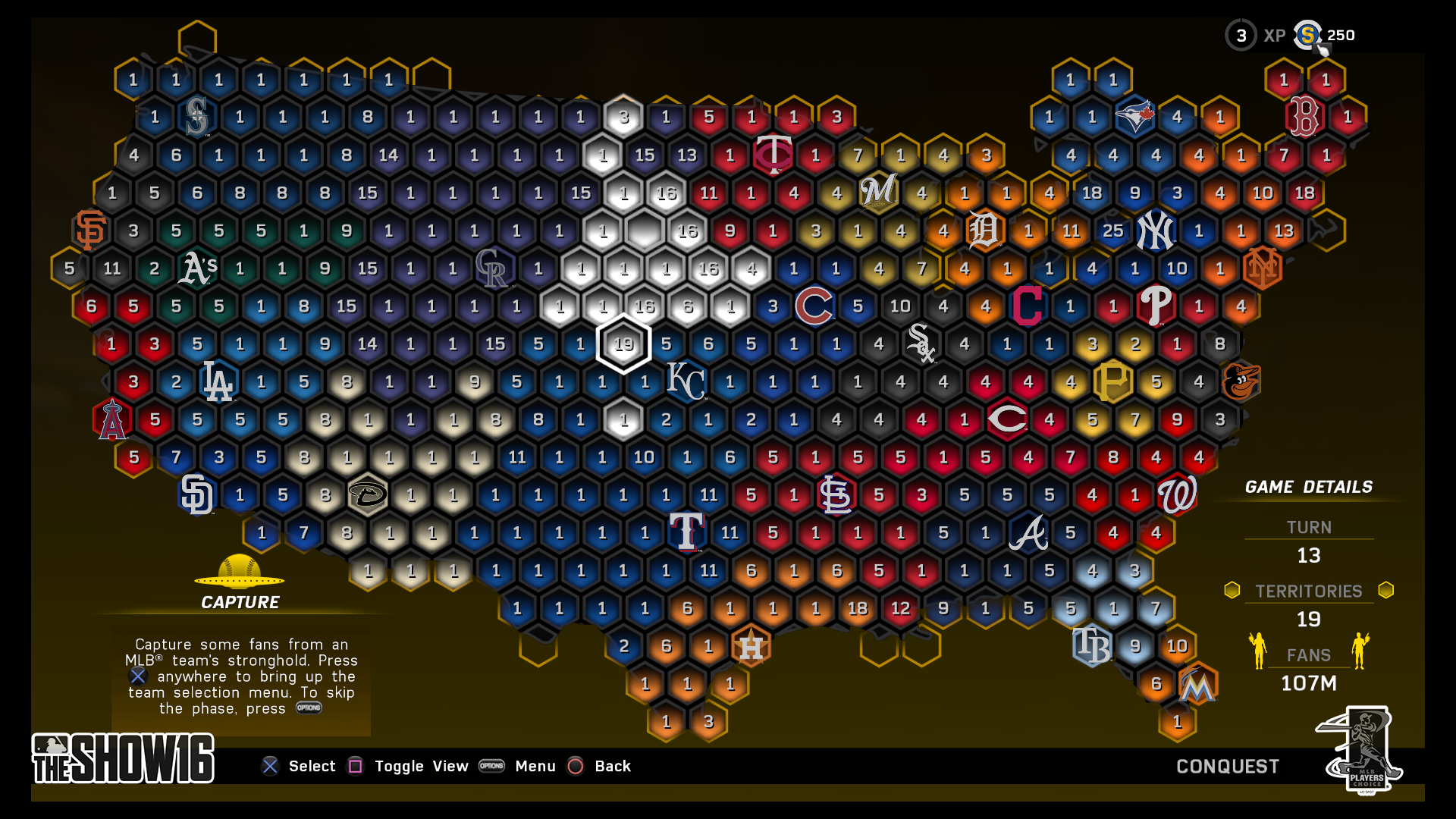 It still feels a little tired

Even with these nice additions, I still do feel like I’ve been playing this game for years … probably because I have been. It’s a difficult problem for these sports titles. Changing rosters and the current gaming market demand yearly installments, which puts developers in a tough spot as they try to improve something that they’ve already worked on for years.

In some ways, MLB The Show has been a victim of its own success. It was such a great baseball game even years ago that they haven’t really had to improve or change too much. I just don’t have the same enthusiasm I had back when I first discovered the franchise. 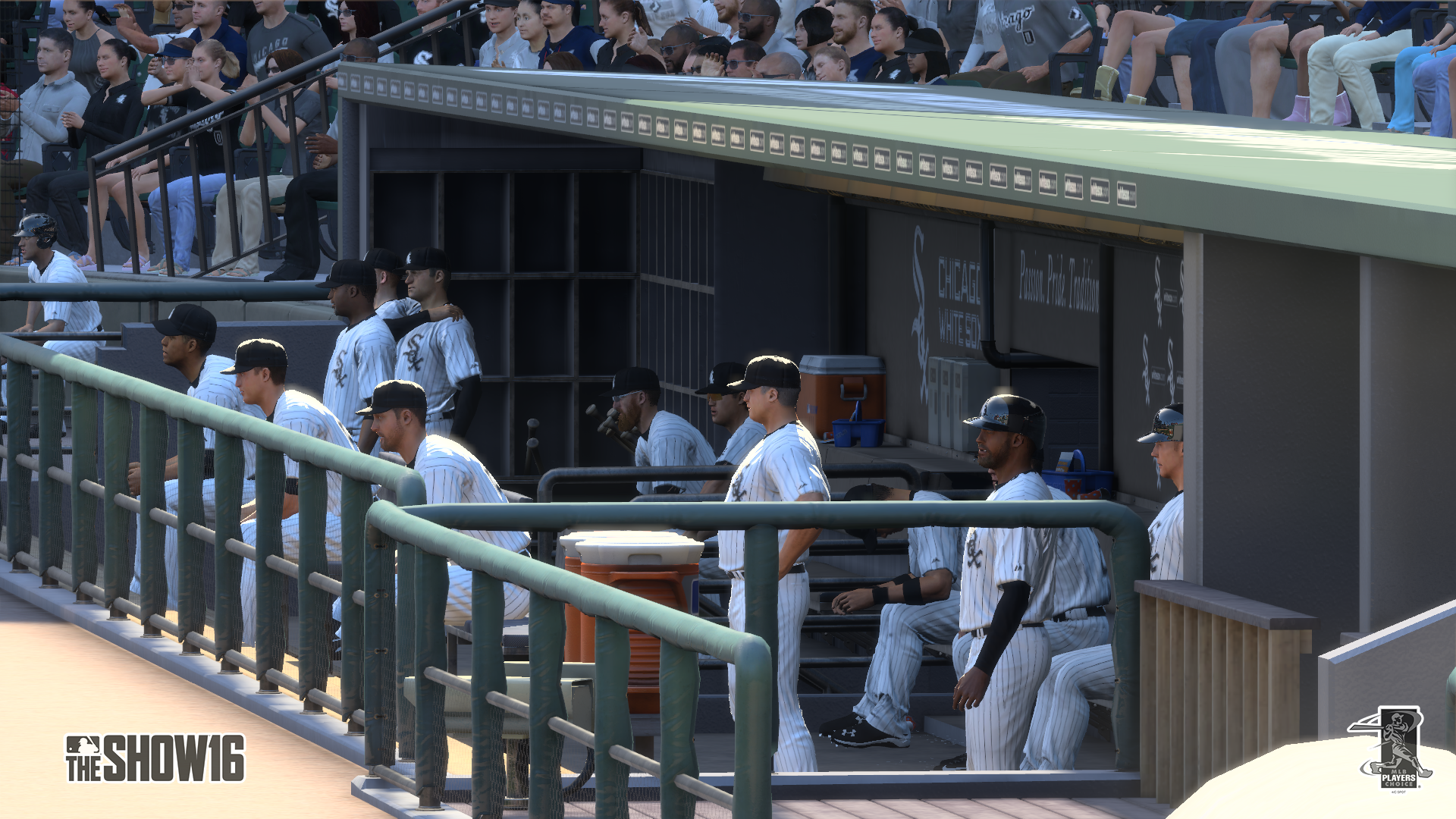 Above: I wide variety of good and bad postures.

Yes, MLB: The Show 16 is more of the same in a lot of ways. However, new features like ShowTime and modes like Conquest give this entry enough new toys to feel like a meaningful improvement over last year’s entry. If you’re a fan of the series, this year’s version is worth checking out unless you’re suffering from the most severe of digital baseball boredom.

MLB The Show 16 is out now for the PlayStation 4. Sony provided us with a copy of the game for this review.