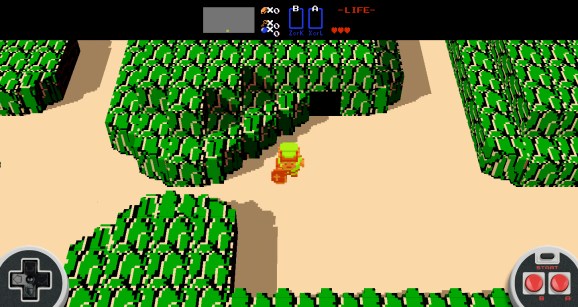 This could help brighten up a nostalgic gamer’s Monday morning.

Two Zelda fans, Scott Lininger and Mike Magee, have re-created the original Nintendo Entertainment System classic with 3D graphics as a way to celebrate its 30th anniversary this year. Of course, it’s not exactly running in Unreal 4 or anything, but replacing the original’s sprites with 3D voxels definitely makes it look weightier while helping it retain its classic style (which might be familiar to anyone who played 3D Dot Game Heroes on the PlayStation 3). You can play this fun take on The Legend of Zelda in your browser right now.

You better check out this fan project while you can. Nintendo doesn’t have the best track record for allowing these sorts of things to exist with its blessing, especially when it would rather charge people for digital versions of The Legend of Zelda on the 3DS and Wii U.

The original version of the Legend of Zelda launched in Japan on February 21, 2016. It became one of Nintendo’s most successful and loved franchises. The newest entry in the series is supposed to come out for the Wii U later this year.