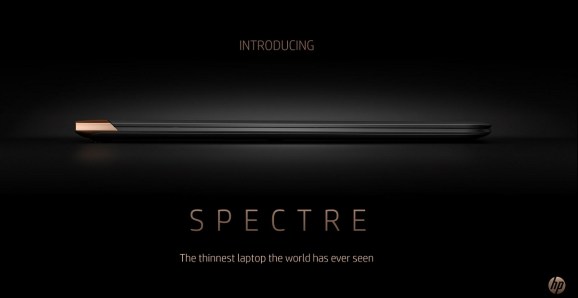 HP is unveiling its Spectre laptop today — touted as the world’s thinnest notebook computer, with a 10.4 millimeter thickness. That’s as thin as a AAA battery.

The laptop is part of a broader HP strategy to position itself as an innovator and reinventor, said Mike Nash, vice president of customer experience, in a press briefing.

“The expectations for quality are changing in the premium space,” Nash said. “People want a laptop less than four pounds, all day battery life, thinner design, and instant on. I don’t want to be constantly looking for a wall socket, and I don’t carry a power cord with me anymore. It’s almost a lifestyle change.” 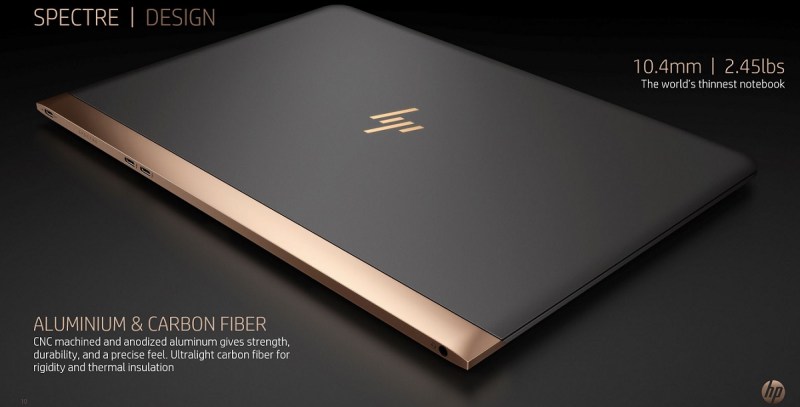 The machine has anodized aluminum on the top of the case and carbon fiber casing on the bottom, and a 13.3-inch diagonal HD screen with 300 NITS of brightness and 72-percent color gamut. It also has Bang & Olufsen sound speakers. Altogether it weighs 2.45 pounds.

The device isn’t a touchscreen. Research shows that 79 percent of premium devices sold in 2015 didn’t have touchscreens.

The machine uses either Intel Core i5 or Core i7 processors, and it uses a new kind of cooling dubbed hyperbaric cooling. Instead of using fans on a heatsink, HP created a hyperbaric chamber downstream from the processor.

“This new laptop is going straight after Apple’s new MacBook. It’s thinner, has a more powerful sixth Gen Intel processor and is less expensive. I wish it had a higher-resolution display to go with it,” said Patrick Moorhead, analyst at Moor Insights & Strategy. 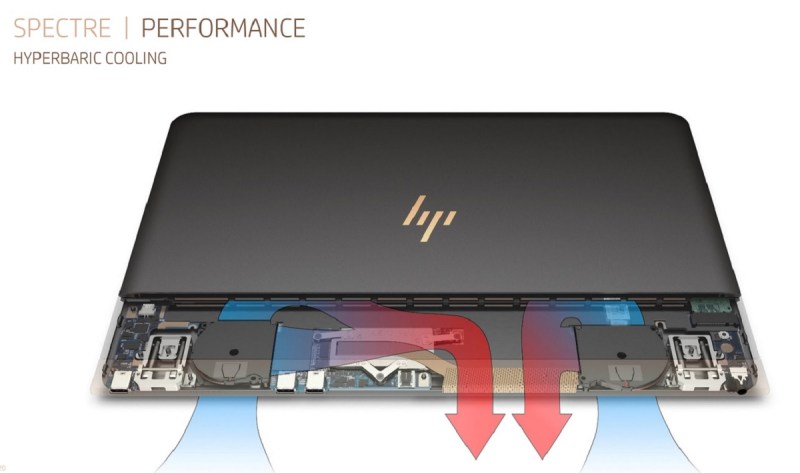 “I thought the decimal place was in the wrong spot when I learned that,” Nash said.

It has a brilliant display in part because the strong Gorilla Glass is so thin. The battery has four cells in two shapes to fill every bit of available space within the chassis. It also has a recessed piston hinge that is critical to keeping the laptop thin. 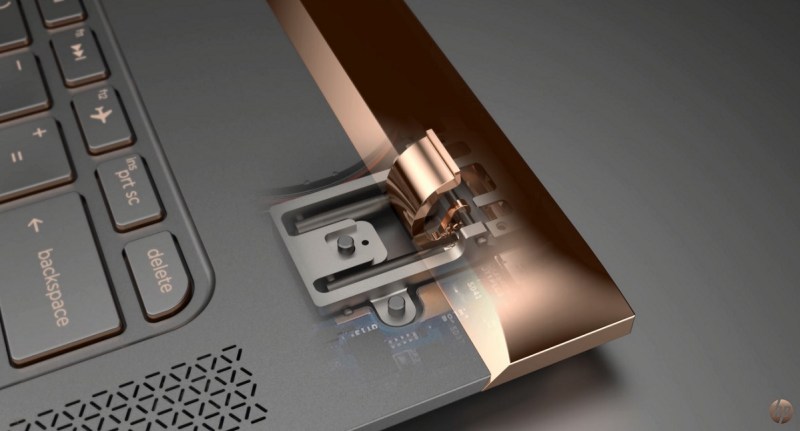 Above: HP Spectre laptop has a recessed piston hinge.

The keyboard has 1.3 millimeters of travel. And it has a USB-C adapter for the power cord.

The laptops will be available in May and June. 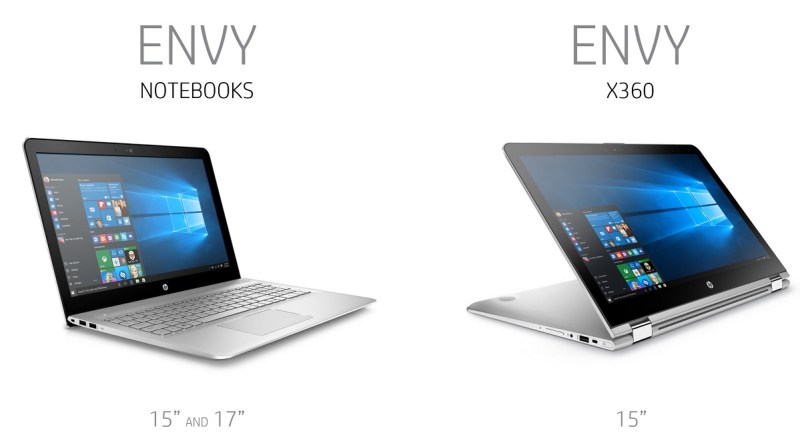