There’s a mythology to successful startup leaders, and part of it is that they can’t fail. We lionize successful entrepreneurs, and elevate those with multiple major successes to the status of minor deity: an Elon Musk, a Steve Jobs. 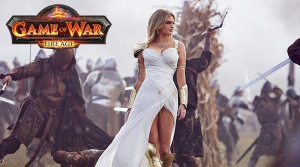 But before the rise, there’s reality. For Gabe Leydon, that was unemployment.

“I didn’t come from money,” he told me yesterday at VentureBeat’s Mobile Summit. “I started Machine Zone while I was on unemployment benefits.”

Machine Zone is, of course, one of the shining stars of the new mobile economy. The company perennially has two of the top five grossing games in the world: Game of War and Mobile Strike. Game of War alone could be grossing in excess of $1 billion annually, and VB founder Matt Marshall estimated the company’s annual advertising spend not too far from that sum. The company just announced a new cloud platform that will enable, according to Leydon, 100 million concurrent many-to-many connections. And Machine Zone, which is rebranding as MZ, is rumored to be valued in the $3-$5 billion range.

In other words: pretty successful.

But it all started from unemployment benefits. Leydon had run a startup before Machine Zone, but said he “didn’t really get any money” out of it. So he began his second startup essentially penniless. 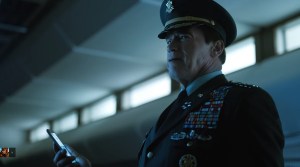 Above: Arnold Schwarzenegger stars in the new ad for Mobile Strike from Machine Zone.

Success has a cost, of course. Leydon’s eight-year journey since founding Machine Zone has taken a bit of a toll on him.

In a conversation after his conference session, Leydon said that people perennially overestimate his age, thanks perhaps to his graying hair and perpetual two-day growth of beard. While he’s in his mid-30s, people typically think he’s in his 40s, Leydon said.

Matt Marshall, who was present for much of the conversation, asked if it was the stress of running such a fast-moving, high-flying company.

Leydon first said no, then appeared to agree.

Then he added something that reminded me of research on top athletes. Fifty percent of them would take a drug, the research said, if it guaranteed an Olympic gold medal — even if it came with the guarantee of death within five years.

“I mean, it’s stressful,” Leydon admitted. “It may kill me but I don’t care. I’m having the time of my life. Look at what we’ve been able to do.”