Facebook Messenger was once a simple private messaging feature within the main Facebook app. But in 2014, the company made the unpopular move of chiseling Messenger out from the main experience, meaning that friends required two separate apps. Then, at its F8 developer conference last year, the social networking giant unveiled plans to expand Messenger beyond simple messaging and into a platform — one that powers myriad third-party services.

Today, Messenger is really starting to take on a life of its own with the news that Facebook is introducing a triumvirate of new features designed to make the messaging app the default communication tool for everyone.

Messenger Codes are, well, codes within the Settings tab in your profile that let anyone else scan from their own Messenger profile to start a conversation. Yes, this could be the end of business cards as we know it, as it negates the need to mess around with pen/paper, misspellings, typos, and all the rest. Messenger Codes equates to instant connections. And yes, it’s just a little bit like Snapchat. 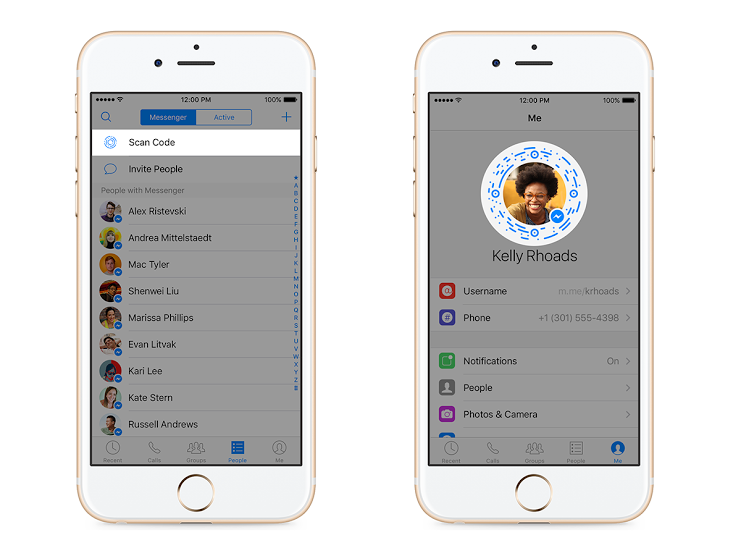 And even if you’re not standing next to the person, and you’re not already connected online — making it possible to share one of your little codes — you can share links and usernames directly, either through SMS, in an email signature, or wherever. 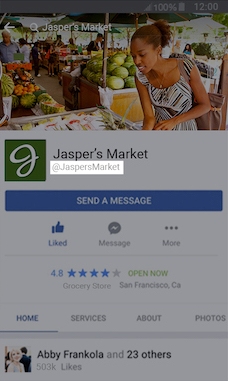 While this all has significant ramifications for personal communications, it will also have a sizable effect on businesses, who will find it easier to connect with customers through the social network now that they will be able to share a Code in an online or offline ad.

Facebook is also now making Page usernames more prominent in both Facebook and Messenger — they will soon show up directly on a Page under the main title, rather than hidden away in the URL. But the username will also be preceded by the “@” symbol, which may cause some confusion if a company is marketing its Facebook username rather than its Twitter handle. 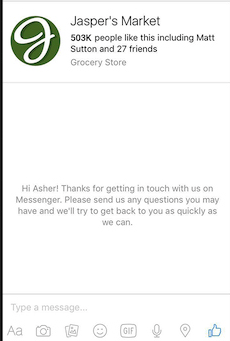 In related news, Facebook is also rolling out customizable greetings, called Messenger Greetings, which are essentially notes from a business that show up in a message thread. A greeting could say something like: “Hi Paul, Thanks for connecting with us, we’re here to answer any questions you may have.”

Today’s announcement comes one week after Facebook and KLM airlines announced a partnership that will allow KLM travelers to receive flight confirmations, boarding cards, reminders, flight status updates, and customer service directly through the Messenger app. While it wasn’t the first commercial company to sign up to Messenger in this way, KLM’s global size and scale made the news a notable milestone in the platform’s evolution, and it will likely be the first of many such partnerships to come to fruition.

If there was any remaining doubt (which there wasn’t, really), it’s clearer than ever that Facebook is vying to own just about every communication conduit there is, and in the process could go some way toward stifling telephone numbers, email addresses, and business cards. But the bottom line is that not everyone wishes to communicate through Facebook, and all this recent news means is that it may become much harder to avoid doing so in future.

Facebook also announced today that Messenger now has 900 million monthly active users (MAUs), up from 800 million back in January. At this rate, Messenger should pass the magic billion mark around July.