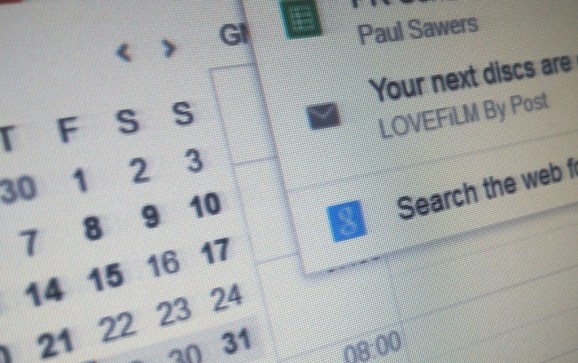 Artificial intelligence company X.ai has raised $23 million in new funding that’ll be used to support development of its personal assistant technology. The round was led by Two Sigma Ventures and will be allocated to hiring more data scientists, improving customer acquisition, and marketing to enterprise customers.

X.ai was founded in 2014 by former Visual Revenue CEO Dennis Mortensen, along with Alex Poon, Matt Casey, and Marcos Jimenez. Its first product is based on using artificial intelligence to book your meetings for you. But instead of you needing to provide it in syntax that the computer would understand, X.ai’s virtual assistant “Amy” can comprehend the context (e.g. “Amy set up a meeting with Joe the first week of May”). The AI-powered assistant analyzes not only the message, but also the entire conversational thread, determines a place and time that works for everyone, and puts it on your calendar.

“We were super fucking ambitious,” Mortensen told VentureBeat. He explained that his company has spent almost the past three years working on this product. “It’s an ambitious goal of having an intelligent agent where you hand over the job and it comes back with the problem solved.”

The company opened up in private beta last year, and there’s still a long wait list. Mortensen moved into this phase as a way of getting testers, so X.ai could understand how its product fit into the market. “Some startups die because of poor product market fit,” he said. “Given that we couldn’t engineer this within a closed environment and had to expose it to the public, it’s an indication that people want and need it…It had something where the market wants it, but can’t pay $50,000 for it. However, through AI, we can emulate it.”

X.ai says that it has seen a “dramatic growth in the number of meetings scheduled each month,” with February up 27 percent over January, and March up 28 percent.

To date, the company has raised approximately $35 million, including $2 million in 2014 to help prove that working out the logistics of meetings was a problem that could be solved. A year later,  X.ai raised another $10 million to perfect the product, and now the additional $23 million will accelerate development of the product, leading to its eventual launch this fall.

Mortensen said that this round was over-subscribed — the company was originally looking to raise $20 to $25 million and signed a term sheet that got them to $23 million. The amount could have been higher, but the company wound up turning away $10 million it couldn’t fit into the round.

Although there’s currently a massive wait list for the service, Mortensen said that it’ll open up to everyone this autumn. The company will also be releasing its pricing model around the same time, and notes that it’ll be similar to services such as Slack and Dropbox. There will be several tiers available, including a free one that lets you schedule a handful of meetings each month; a professional plan with unlimited meetings, the ability to edit your signature, and more; and a business license edition.

“This financing will allow us to extend our exceptional data science team and will support the rollout of our pro and business editions later this year. And our pricing will reflect our commitment to democratizing the personal assistant,” Mortensen remarked.

Providing a personal assistant isn’t a new concept, as there are many services that offer some variation of this capability. However, Mortensen explained to us that they all “fall in the same bucket” — meaning that they’re either a plugin, an extension, or a web service: “It’s not how you set up meetings. The point is that you don’t want to. What I need is when I say ‘You know what? I would love to meet up the first week of May. Amy, set something up.’ I know that I want to meet you and when. It’s understanding the objective and handing things over to Amy.”