Wavefront, a startup developing cloud-based data analytics software, is announcing today that it has hired Pete Cittadini, formerly the president and chief executive of analytics and reporting software company Actuate, as its new chief executive.

Cittadini spent 20 years at Actuate and was at the publicly traded company’s helm when it was acquired by OpenText for $330 million in 2014. Now he’s found his next gig. 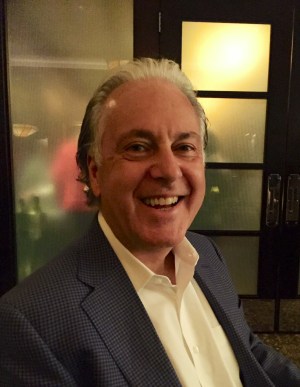 He thinks the startup needs to work on its positioning, but essentially he’s confident it will competing in the application performance management (APM) market, against the likes of New Relic, AppDynamics, Splunk, Datadog, and SignalFx.

“The net of it is we believe the masses — not only SaaS (software-as-a-service) companies but enterprise companies across different industries — are going to want to have same dynamic yet cost-effective infrastructure to run the future applications at these enterprises, and for me it was a perfect fit,” Cittadini told VentureBeat in an interview.

He intends to improve Wavefront’s self-service experience, raise the productivity of its sales team, and bring in new product marketing talent. Currently 28 people work for Wavefront, but in 2017 that number could approach 100, Cittadini said.