With the Oculus Rift virtual reality headset, I feel like I’ve got an IMAX theater in my home. And the most relaxing VR experience I’ve seen so far is Ocean Rift.

With Ocean Rift, you are immersed in an underwater world in VR. It has lifelike habitats that are both soothing and wondrous to look at. The sound of your breathing and your air bubbles floating up to the surface is all that you hear. And the shades of blue that you see all around you are easy on the eyes. You could probably take a nap in this VR experience. 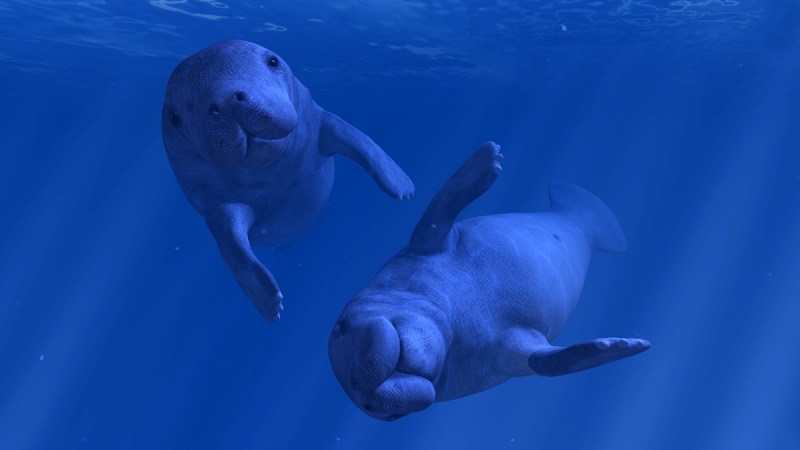 Above: Manatees in Ocean Rift

You can navigate using an Xbox One controller (as the Oculus Touch VR controls aren’t out yet). If you hit the “Y” button, you’ll call up a menu of things you can see. Those include tropical fish, dolphins, turtles, sea snakes, sting rays, sharks, Orcas, blue whales, Great White sharks, deep sea jellyfish, and even prehistoric marine dinosaurs.

You can swim around or just sink. It’s not that interactive as the manatees will just bounce off you. But it’s very serene. Everywhere you look, there’s water. When you look up, you can see sunlight coming through the water. 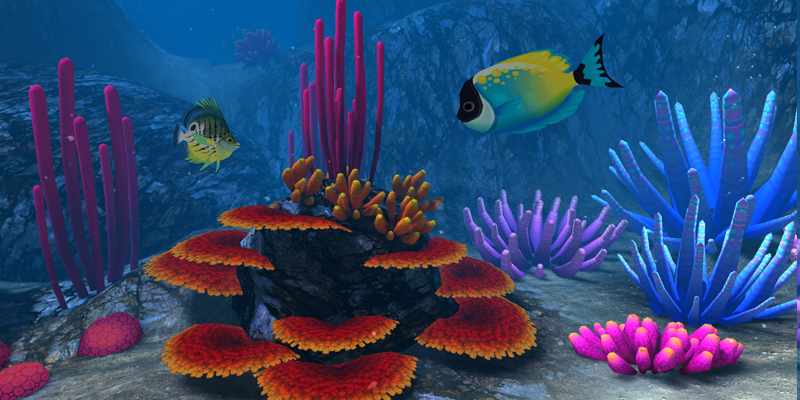 Above: Tropical fish in Ocean Rift

It gets a little scary when you take a look at the Great White shark. You find yourself inside a shark cage in the ocean. The Great White swims around you and then starts bearing its teeth. It bumps into the shark cage and rattles you around a bit. My 12-year-old tried this one and quickly switch to another scene.

It’s a free demo experience on the Samsung Gear VR, and I really liked it on the Oculus Rift from Facebook’s Oculus VR. It was developed by Llŷr ap Cenydd, a developer who has created a number of VR experiences. For now, it’s just a demo. But I could envision staying inside this for hours. (Note: Images are from the Gear VR version). 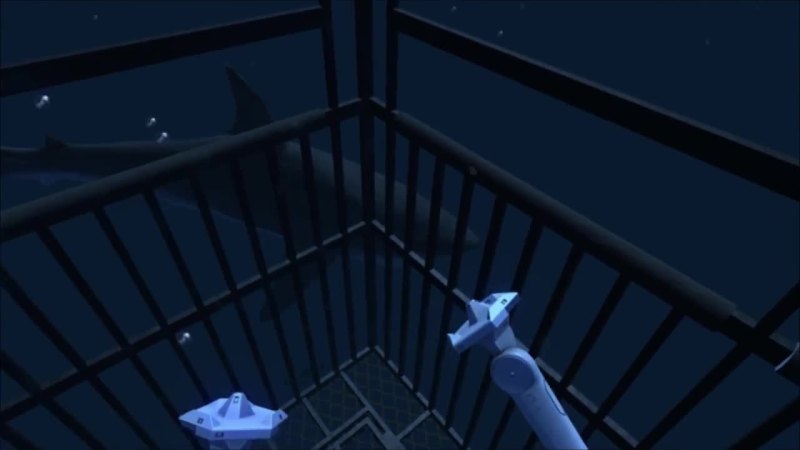 Above: Inside the shark cage in Ocean Rift.