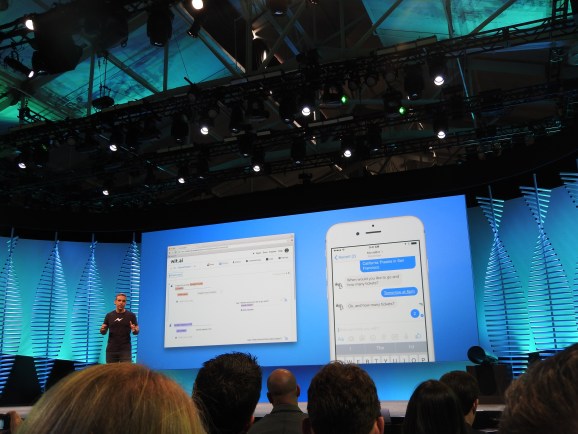 At its F8 developer conference in San Francisco today, Facebook announced the beta launch of Bot Engine, a tool for teaching chatbots what to say in specific types of situations.

The technology — which developers can use in association with the Send/Receive API for building Messenger bots that Facebook announced earlier today — comes from Facebook Messenger’s Wit.ai team, said David Marcus, Facebook’s vice president of messaging.

The launch follows the rollout last year of Facebook’s M personal digital assistant. Facebook pitched it as a technology that can be directed to do things on your behalf. The company has let just a few people use it since then.

“In the last six months we’ve learned a lot, and notably we needed to build a variety of small vertical bots to help resolve intent for people,” Marcus said.

Bot Engine relies on artificial intelligence. That is, developers will be able to feed it text and train it what to say in new situations. It will “continuously learn to get better over time,” Marcus wrote in a blog post.

Earlier this month Facebook said that Messenger has more than 900 million monthly active users. But Bot Engine can work with messaging apps other than Messenger, including Slack.