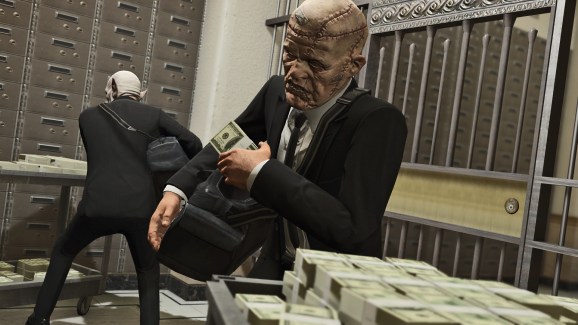 GTA: Online is a serious moneymaker for Rockstar Games.

Grand Theft Auto V developer Rockstar Games is notoriously cagey about sharing the details of its operation, but a pair of lawsuits may force many of those secrets out into the open. For example, we now have an idea of how lucrative GTA V’s online mulitplayer mode is for the company.

GTA: Online has brought in at least half a billion dollars in revenues so far, according to director Leslie Benzies. Publisher Take-Two has repeatedly noted that GTA: Online is a success. In November, Take-Two chief executive officer Strauss Zelnick told investors that the mode still had 8 million weekly active players. That’s a huge number for a game that isn’t free-to-play, and it turns out that significant portion of that audience is spending real-world cash to get their hands on in-game currency. And Benzies claims that GTA: Online could have the biggest return on investment of any game in the series to date, which is helping Rockstar and Take-Two dominate an even larger piece of the $99.3 billion global gaming industry.

“GTA: Online has generated at least $500 million in revenue based in part on a significant cash-generating tool contained in the game,” reads the legal complaint Benzies has filed against Take-Two. “GTA: Online is particularly noteworthy in that it has its own economy in which online goods can be purchased using virtual currency. Real cash is used to purchase virtual currency, which can in turn be spent on virtual goods and services. These purchases have a nearly 100 percent profit margin subject only to nominal development costs and app-store commissions.”

Benzies is sharing this information as part of his efforts to get $150 million in unpaid royalties from Rockstar Games. He takes credit for many of the major improvements that led to the success of the series since Grand Theft Auto III. Benzies even claims that he was the real reason that GTA: Online exists.

“[Rockstar cofounders Sam and Dan Houser] had little interest in GTA: Online,” reads Benzies complaint. “And they did not focus on its development.”

Because of his central role, Benzies placed his name last in the opening credits for GTA: Online, which was meant to denote that he was the most significant contributor to the creation of the game. This is the first time Sam Houser’s name was not in this position on a GTA game, and Benzies claims that a liaison told him that Houser was unhappy about this despite not noticing it until after the game launched to the public.

“This would mean that he had not played or even viewed the game pre-release,” reads the Benzies complaint. “Or else he would have seen the opening credits.”

You can read a full timeline of fallout between Benzies and Rockstar here.