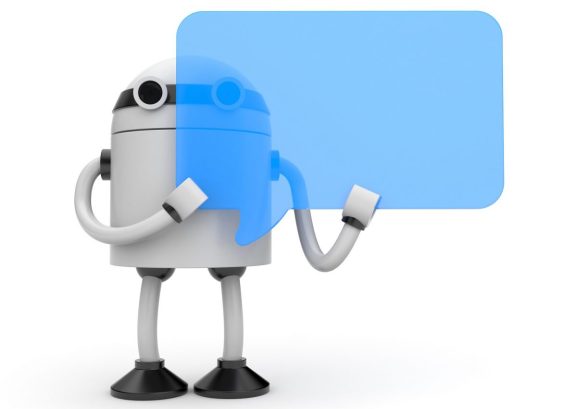 Leave it to Zuck to strut out at F8 and make the announcement about chatbots: They’re happening. As a major component of Facebook’s new Messenger Platform, chatbots will enable businesses to develop a personalized layer of communication and commerce with their customers.

Facebook’s is just the latest, and biggest, play in the world of chatbots. Slack and Kik have been here for awhile, but Facebook’s arrival signals inevitability.

As one of the first platforms to launch bots about 18 months ago, Kik has been working with developers and product managers to figure out what makes for a successful chatbot.

“In a world where messenger apps have surpassed social networks, companies need to expand their digital presence to these greenfield pastures,” said Ivar Chan, Kik’s developer evangelist. “Products have yet to fully realize how messenger bots can rocket their engagement rates, community and build strong distribution channels.”

And Ivar isn’t the only one who thinks so. Growth and product experts all over the spectrum concur: Andrew Chen from Uber said in an interview in February, “I’m hopeful that messaging will create the next generation platform for mobile app distribution.”

The magic of bots mainly boils down to reducing friction. Bots cut down the time it takes to get what you want — whether that’s a joke, news, ordering takeout, or getting the latest metrics from that analytics report.

But from the research I’ve done on the topic this year and bot makers I’ve spoken with, it’s clear there’s no one-bot-fits-all for brands and businesses in this revolution.

“In order to reach this ideal world of conversational commerce, where we buy via bot on messenger apps, developers must figure out the right experience that will bring users back and delight them,” said Ivar.

Empathy and user experience will be a guiding force when figuring out how to program a bot’s behavior. So, here are Kik’s three rules of thumb for building a valuable bot, beginning with the Golden Rule.

1. Every bot is a creature unlike any other. Treat it as such.

Bots are unique to products and their goals, and they are only as successful as they are built to be. Teams, first and foremost, need to know what bot is right for their product.

“Bots live in one of four quadrants,” Ivar explained. “Your X-axis represents Engagement Time and the Y-axis represents Repeat Use. Each quadrant can be optimal for all different types of bots.”

“If your product bot is looking for low engagement time and high repeat use, that’s probably going to be a news bot, where you get a daily dose of gossip or information.”

Narrative content, on the other hand, should aim for high engagement time and low repeat use. Once the narrative is over, there’s not much chance of the user revisiting it, but if the bot has succeeded, the user will convert in the intended way.

Next, there are low engagement time and low repeat use bots, which don’t sound all that successful from the description. However, these could be one-off bots created for a concert or event. Ridesharing, e-commerce, delivery or even banking bots could also fall into this quadrant. It just depends on the product and what needs it fulfills for the user.

“It will only happen once, and you’d use the bot for only a couple minutes,” Ivar said. “But it doesn’t mean it was a bad bot if it’s in this quadrant of low engagement time, low repeat use. It just means that it was a bot designed for that quadrant.”

What developers and product managers are most excited about, Ivar told us, is that top right bot quadrant. “Everyone wants high engagement time and high repeat use. Developers are trying to chase that. But, we are still in the early days of bot-making, particularly for products, so we don’t know exactly what’s going to be in that quadrant.”

2: Build a bot with just the right touch.

Just like when you first start texting with your crush, bots that play hard-to-get build stronger relationships over the long run than those bots that come on too strong.

In order for product managers and developers to figure out that top right quadrant, they’ll also need to keep the second and third rules in mind.

To tie in with the release of a horror movie called Insidious: Chapter 3, Kik built a promotional bot that acted as one of the characters, Quinn Brenner.

“When you’d text Quinn Brenner, she would give you some hints of what’s happening, but after a while, the conversation would taper off just like a normal text conversation,” Ivar said. “You wouldn’t have the full experience in one sitting, rather over the course of a few days. Teenagers loved it.”

With this bot, the goal was to build suspense among audience members so they’d go buy a ticket to the movie. In building anticipation, the Quinn bot also had high engagement rates. Kik’s users chatted with Quinn 50 to 60 times over the course of two days. This is pretty astonishing considering millennials send 67 texts total on a daily basis. In the case of Quinn, a bit of patience paid off big time.

The hurdle is figuring out the optimal frequency of human-to-bot interaction.

Let’s say a food delivery app builds a bot that allows a Kik user to ping in her takeout order. Tonight, she’s craving Chinese. Keeping the delicate balance of human-bot interaction in mind, our Foodbot would ping the chatter with an ETA on the kung pao chicken delivery, but Foodbot wouldn’t want to ping the chatter every day after that with a reminder of delivery options.

Instead, Foodbot lets the user come to it. It holds out on directly reaching out to the user until there’s a reason to celebrate, say, a week later, with a promo deal to IHOP on National Pancake Day.

When your bot has just the right touch that works for your product and your audience, it will be well on its way to retaining its users. This brings us to the last rule:

3: Bots must prioritize engagement above all else.

Because when they do, community growth and conversion will follow.

When building a bot with Kik, Funny Or Die knew that if it kept its followers laughing, its users would keep coming back. The comedy website decided to concentrate on engagement in order to create a virtuous cycle. Serving laughs over ads proved to be successful for its engagement and community growth rates.

Funny Or Die found the typical chatter would engage with about 25 pieces of content in each session, lasting about 3.5 minutes on average. As a result, its memes spread like wildfire across Kik.

When Kik’s chatters shared the latest in-app gifs, those who shared not only looked good to their peers, but the crowds also started following Funny Or Die directly.

“It took about three months to get to 1.5 million chatters,” said Patrick Starzan, the comedy website’s vice president of marketing and distribution, “compared to the two or three years it took to get the same number of people on social networks.”

By building a community that prioritizes user engagement above all else, Funny or Die saw higher conversions, too.

“When we send out broadcast messages to our Kik chatters – usually with links to new videos – we see conversion rates as high as 10%, which is pretty substantial,” Starzan said.

Compared to social networks, bots are better at getting a lot for a little. Companies shouldn’t spam customers with bots on messenger apps. Rather, messenger bots hold the potential to serve customers more than brands and products thought they could.

Product managers and developers may feel hesitant to experiment with bots, but looking at Kik’s demonstrated success with over 80 partners, the view is pretty bright.

This article is adapted and updated from an earlier story on Mixpanel’s blog.

Christine Deakers works in marketing at data analytics company Mixpanel, where she has been researching the growing chatbot movement.