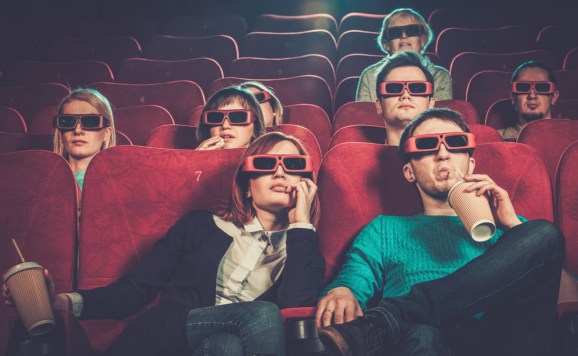 Online video-streaming platform Vimeo is bringing some of its short-form content to movie theaters across the U.S., courtesy of a tie-up with Spotlight Cinema Networks.

Vimeo will select videos from its Staff Picks Channel, which is a compendium of the platform’s most revered uploads from its community, as well as programs from Vimeo Brand Studio, the company’s own commercial product that lets third-party brands promote themselves through original content. This includes the likes of “Gary & Gabe,” which was created by Samsung.

With offices in Los Angeles, New York, and Chicago, Spotlight Cinema Networks partners with independent movie theaters across the U.S. to create comprehensive pre-movie ads and entertainment, which usually last around 20 minutes.

This gives Vimeo a notable new avenue for gaining mindshare, as well as giving its community of users one more reason to upload original content: They could snag a coveted spot on the silver screen.

The partnership will see up to three short films exposed in movie theaters each month during the preshow, starting on April 15 with “The Bucket Board,” a three-minute skit about a man who builds skateboards from trash.

While online video-streaming services have been partly blamed for the demise of movie theaters, we’ve seen a number of initiatives that blend the worlds of cinema and modern technology. Indeed, some high-profile cinema chains now let the public vote online to decide what movies are shown, and we’re also seeing the early stages of some interesting concepts that bring virtual reality into the mix.

Last year, Amazon announced its plans to acquire “original movies for theatrical release and early window distribution on Amazon Prime Instant Video.” This move surprised many, insofar as Amazon was acknowledging the role that movie theaters play in the entertainment realm. This was Amazon’s way of saying it likes cinemas, but it doesn’t like the often months-long delay in making movies available to watch online after they’ve appeared in theaters.

YouTube is often hailed as the poster child for user-generated video content, but Vimeo has been building out its efforts to differentiate itself from other players in the space by focusing on creators and filmmakers. Vimeo On Demand launched back in 2013, offering a platform for anyone to sell TV shows and movies. The New York-based company also announced in 2014 that it was working on original content by funding six new episodes of the web series “High Maintenance.”