When the PlayStation 2 was on fire in the early 2000s, it felt like Japanese role-playing games were everywhere. Energized by the feverish worldwide reception to Final Fantasy VII and its followups, the genre entered a great renaissance, and Japanese developers were eagerly bringing their most talented creators — and their biggest budgets — to the newly introduced graphical powerhouse consoles. It’s a stark contrast to the situation today. The JRPG genre has primarily shifted to mobile and portable consoles, with only a few headlining series — Final Fantasy, Persona, the Tales franchise — appearing on current-gen console hardware. While some of these series are doing quite well, it’s a far cry from the genre’s heyday.

Such is why Star Ocean: Integrity and Faithlessness is such an oddity in the current marketplace. It’s the first new game for Square Enix’s Star Ocean franchise in seven years, which is noteworthy in itself, but it’s also one of a mere handful of high-budget JRPGs slated for release this year on the PlayStation 4. 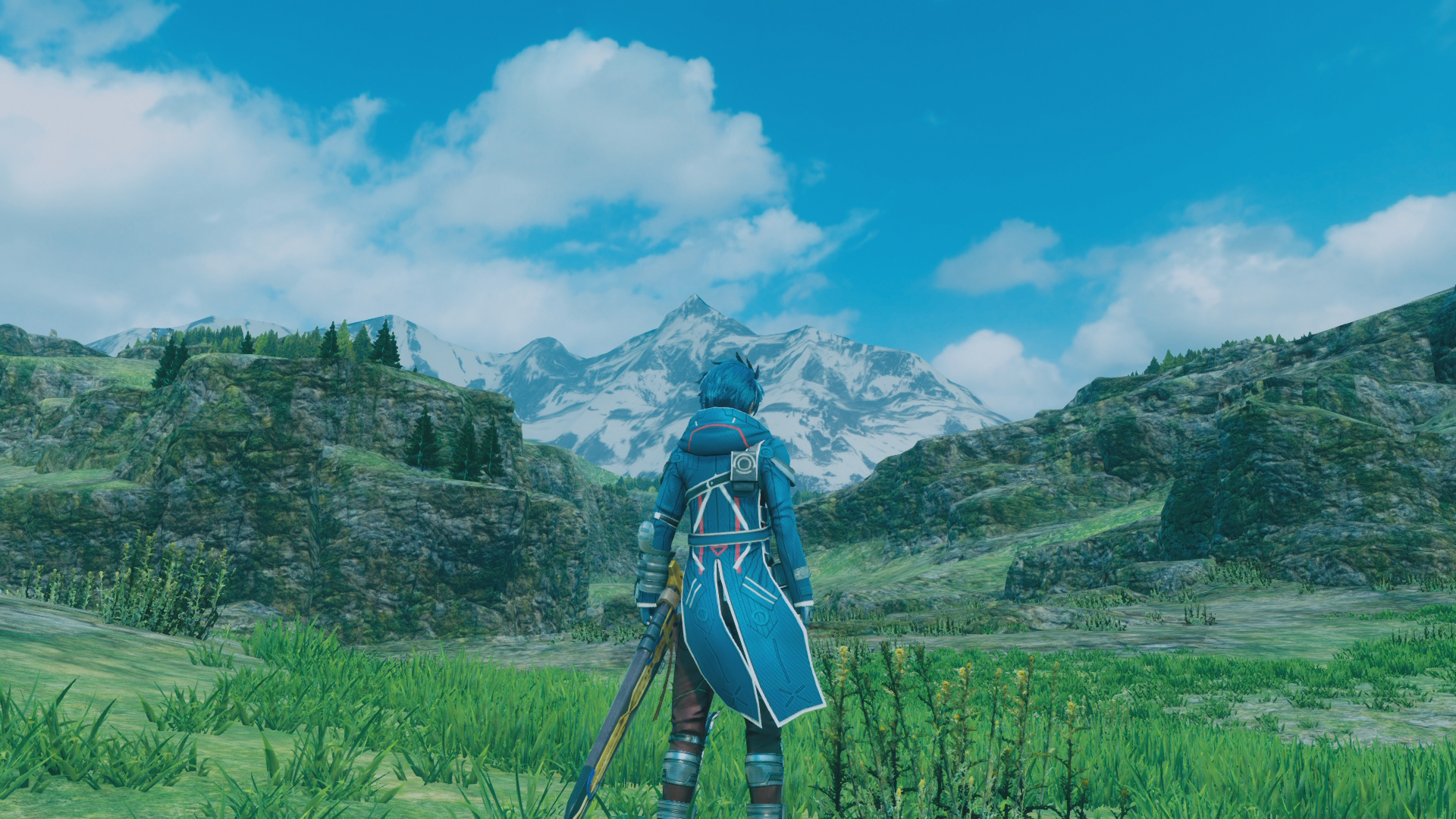 Above: Sometimes it’s nice to just stop and take in the sights in this sci-fi-infused fantasy adventure.

From a different time

Why the dramatic shift? As Japanese consumers have flocked to portable consoles and smartphones — which, coincidentally and conveniently, are far cheaper to develop for — recouping the costs of development on “traditional” consoles is less of a sure thing in the home market of Japan. The market abroad isn’t always a reliable backup, either. However, Square Enix and developer Tri-Ace are willing to take a chance with Star Ocean: Integrity of Faithlessness, due to release in North America on June 28 for the PlayStation 4.

While the sci-fi-meets-fantasy Star Ocean series has always had its fans, it’s never been as huge a draw as Square Enix’s tentpoles, Final Fantasy and Dragon Quest — and perhaps that’s why it’s lain dormant for a while. But the core JRPG audience is hungry for these sorts of games on current-gen platforms … though, perhaps, they don’t realize it. I didn’t at first — but after about half an hour of playing a preview build of Star Ocean: Integrity and Faithlessness (which I’ll just call Star Ocean 5 from this point), bopping foes and getting to know lead character Fidel, I felt the same kind of warm, pleasant satisfaction I as I did when I was going through the likes of Suikoden III, Digital Devil Saga, and Tales of Symphonia. Sure, I love my 3DS and Vita RPGs, but something about plopping myself in front of a big TV to enjoy an engrossing adventure in a gorgeous, sprawling anime-inspired fantasy world felt utterly delightful.Read more

That isn’t to say that the game hasn’t evolved from the JRPGs of yesteryear. Star Ocean 5 makes some dramatic changes to the series formula. For starters, it eschews most of the lengthy, noninteractive cutscenes the genre is known for, replacing them with more organic-feeling conversations that leave you in control of your character even while dialogue and action is going on. At one point in our demo, a new party member joined us in the middle of a fight — but instead of interrupting the player-controlled action so he could make his debut, we continued beating on our foes as normal as we conversed. It didn’t feel awkward at all; rather, it felt surprisingly more natural than the world stopping around our party members so they could hold a conversation mid-skirmish.

Star Ocean’s combat system has also seen a bit of an overhaul. Much like the story scenes, the transition to battle is organic, with you and your party fighting foes on the same screen as you encounter them. Rather than the usual three- or four- person parties common in JRPGs, every character traveling in your group takes part in the mostly action-based combat. While you can only control a single character at any given moment, you can set various “roles” for other characters that both determine their A.I. scripting and grant assorted stat bonuses. The result is fast-paced, chaotic fights filled with special attacks, magic effects, and lots of dynamic movement. 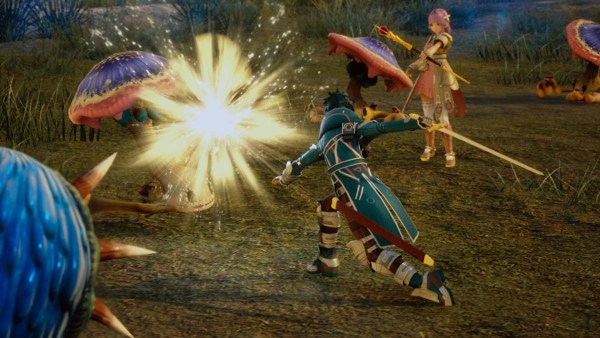 Above: Combat in Star Ocean: Integrity and Faithlessness dazzles with frenzied action.

These changes certainly make the game feel more streamlined and accessible, particularly to an audience that might enjoy much of what JRPGs offer yet have grown weary of certain tropes. The visual style, with character designs by Street Fighter and Turn A Gundam’s Akira Yasuda, calls back to nostalgic adventures, as does the synth-rock soundtrack by series music mainstay Motoi Sakuraba. Even so, will Western console gamers embrace Star Ocean 5? Square Enix seems to think so. It’s clear that it invested considerable effort to bring the Star Ocean franchise back with this game.

Of course, when you put Star Ocean 5 up the the likes of something like Final Fantasy XV, it seems to pale in comparison — but that’s OK. Square Enix isn’t expecting Star Ocean 5 to be the multimedia juggernaut that FFXV is. It just hopes it’ll tap into the hearts and minds of people like me who long for the big, beautiful console JRPG journeys of yesteryear — albeit with a few tweaks to keep things fresh. Hopefully it finds its place and paves the way for more ambitious console JRPG efforts.