While it’s never easy for entrepreneurs to convince venture capitalists to invest in their new companies, it was especially difficult during the first quarter of this year. Fewer startups received first-time funding, and those that were fortunate to do so saw smaller checks.

For the first three months of 2016, initial funding deals declined 16 percent to 297, and the total dollars invested fell 31 percent to $1.7 billion, according to the latest MoneyTree report by PricewaterhouseCoopers and the National Venture Capital Association (based on data from Thomson Reuters).

Moreover, the average amount for first-time financing dropped 17 percent from $6.9 million in the fourth quarter of 2015 to $5.7 million in this quarter. 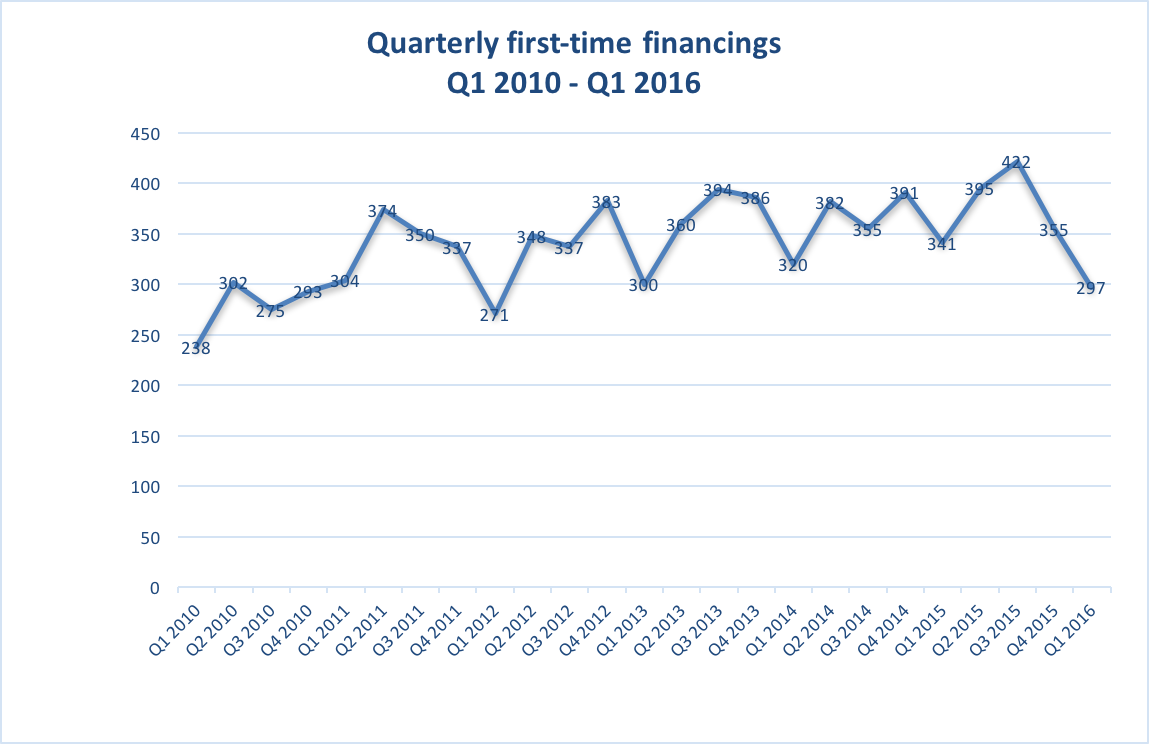 Of the $1.7 billion of initial investments, software startups garnered $666 million (39 percent) across 121 deals. The next closest industries were media and entertainment, biotechnology, consumer products and services, and IT services, in descending order. 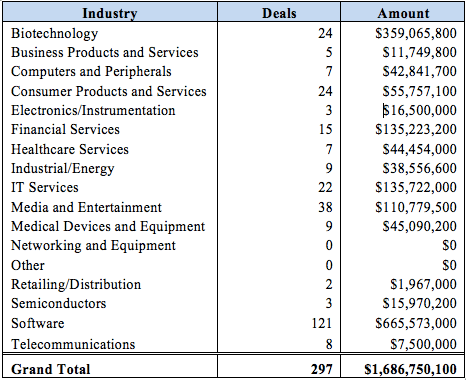 The difficulties faced by companies seeking their initial fundings stood out in a quarter that was largely soft, reflecting the continued overall chill in the venture capital ecosystem. Total venture dollars invested in startups was flat at $12.1 billion, with a total deal count down 5 percent at 969, according to the MoneyTree Report.