Instagram is rolling out a way for you to discover videos on its iOS and Android app. The Facebook-owned company announced that it has added video channels within its Explore section that will surface those videos you might like. This update is only available to those in the U.S., but the company plans to release this worldwide “soon.” 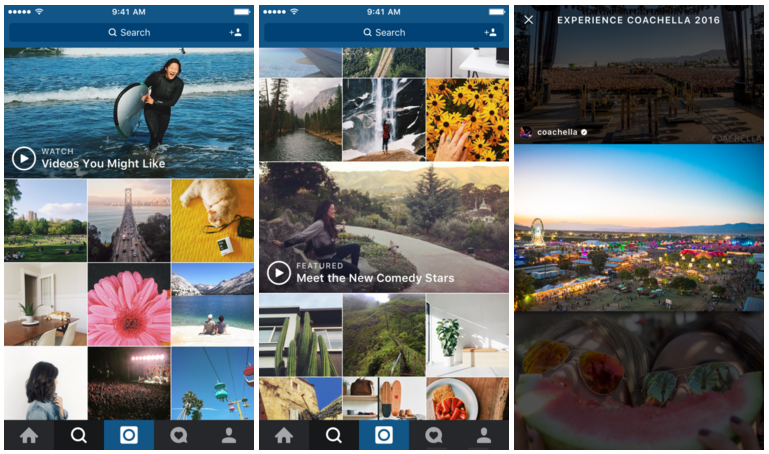 Video has become a major focus for Instagram, just like with its parent company. Over time, it has expanded the length of time users can record videos from 15 seconds to a minute, added filters, rolled out view counts, and even debuted Twitter Moment-like video channels around major events like Halloween and the World Cup.

Instagram says that these video channels won’t affect how the Explore tab works — it’ll adjust to your preferences and show you the content that it thinks you’ll enjoy. Videos that are featured will also follow the same algorithm. There may also be “featured” channels that Instagram said will be filled with videos on specific topics.