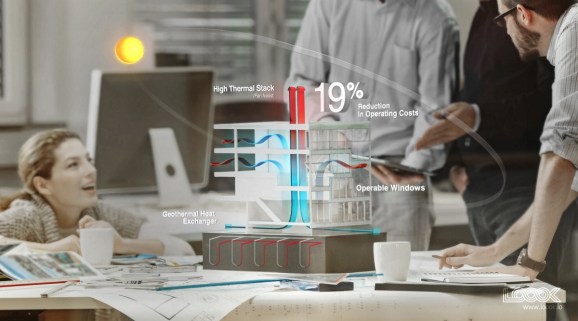 Loook will make augmented and mixed reality apps like this one.

Inspired by Microsoft’s HoloLens holographic glasses, the founders of Loook are announcing today that they are creating “mixed reality” apps that blend holographic animations and the real world.

Seattle-based Loook is the brainchild of Sébastien Motte, former head of Xbox first-party business development, and John Howard, former creative Director on Microsoft HoloLens for partnerships with NASA, Autodesk, and Trimble. Seattle-based Look will make “mixed reality” designs. Such apps are expected to be part of a $90 billion augmented reality market by 2020, according to tech adviser Digi-Capital. 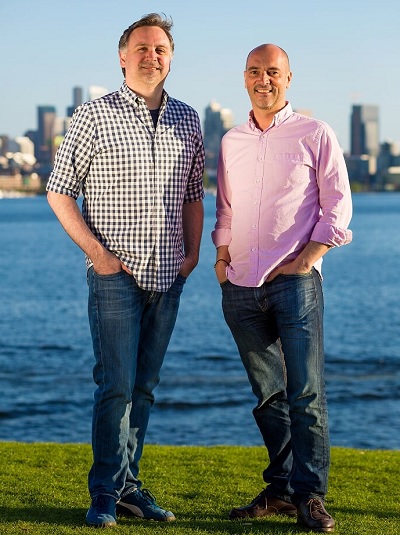 Microsoft has just begun shipping development kits for HoloLens, an augmented reality headset and a wireless Windows 10 device that lets you to see virtual “holograms” in the 3D space around you, as a layer on top of the real world. This differs from virtual reality, which requires a special headset with goggles. Loook is going to offer design workshops, prototypes, and application development services for enterprises that want to create “meaningful applications,” said Motte, in an interview with VentureBeat.

“By meaningful applications, we want to create empathy, connect people, and protect the planet,” Motte said. “We are talking with cleantech and green companies to see how we can help them visualize in 3D what they do.”

Loook has created a strategic partnership with developers at Asobo Studio, a Bordeaux, France-based studio that has been making HoloLens apps for the last few years. Asobo has 100 employees and it has shipped three of the pre-installed applications on the recently released HoloLens dev kit. Asobo was part of HoloLens development early on, and it has a leg up on how to create HoloLens applications, Howard said in an interview.

“This is a fantastic shift for me on how we can use all of the experience working with 3D and the mixed reality space,” said Halo, who has worked on games such Halo and the original Xbox.

Howard left his role at Microsoft as creative director on HoloLens in December, and he joined Motte in starting Loook. They’ve got clients, but they’re not describing them yet. They are creating a studio in Seattle, and they are also working with Asobo, which is investing in Loook. It will stir up the interest and development will be done by Asobo.

Mixed reality brings digital content into the real world, unlocking new insights and capabilities enabling clearer communication and higher confidence in decision making. At Microsoft’s recent Build conference, Case Western University researchers showed a 3D holographic app of the human body that you could view from any angle by wearing the HoloLens glasses. Those glasses are expensive at $3,000 now, but over time, the product is expected to eventually come down in price and reach consumers.

Like fellow HoloLens app creators at Object Theory, the founders of Loook decided that it made more sense to create a startup to focus on how to put HoloLens to work.

“We want to have the flexibility to do what we need to do,” Motte said.

Howard added, “It’s a difference between focusing on the application and experience, as opposed to focusing on the platform. Microsoft is a good place to be to create the platform. But to me, the interest is in using the technology to improve people’s lives. We want to do a company based on that. This is where I think the next round massive disruption will move, as it will take us from flat 2D screens to spatial experiences, spatial storytelling, and spatial interaction.”

Motte spent 12 years as the head of Microsoft’s Xbox first-party business development. He previously started Mintonic, a business development and strategy consulting agency. Motte is an engineer in agriculture, and a certified Kundalini yoga teacher. He got very excited about HoloLens after hearing a description of it by project creator Alex Kipman. Howard worked on HoloLens apps with NASA, Autodesk, and Trimble.

When it comes to augmented reality, Howard and Motte are betting on Microsoft because it is so early to market compared to rivals like Magic Leap. They think AR is more interesting than virtual reality because of the big differences. VR immerses you in your own world, while AR enhances the real world. You can use it to enhance work and collaborate with other people while wearing AR glasses, Howard said.

“That’s why we are so focused on mixed reality over virtual reality,” Howard said. 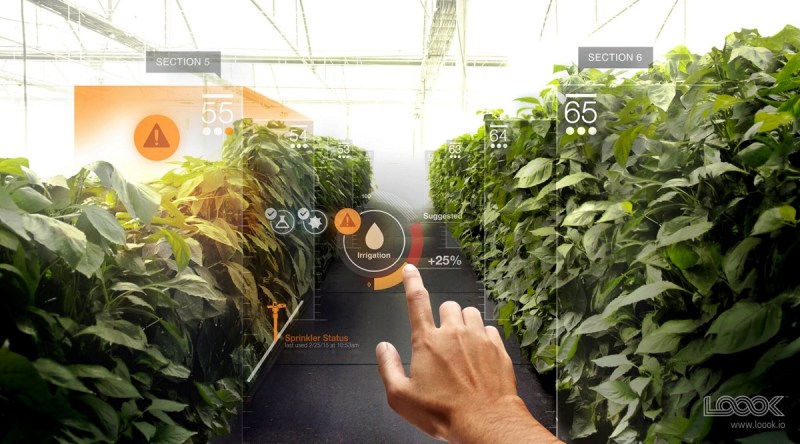 Above: Loook will create cool apps that layer animations on top of the real world.