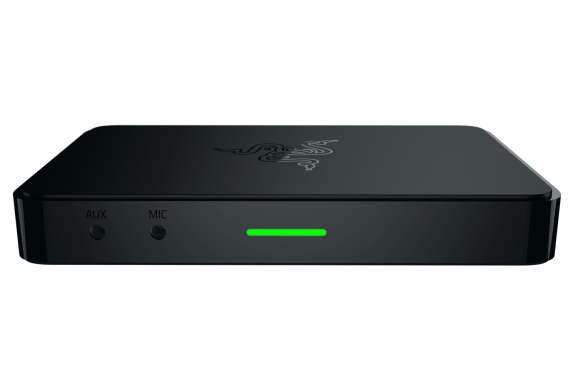 Razer Ripsaw is an excellent device with a twin on the market, but it's still worth considering.

Razer is clawing into all corners of the gaming-product market, and its latest device suggests that’s a good thing.

The Razer Ripsaw is a new capture card that’s on sale now for $180. It is a small device that connects to your PC over USB 3.0, and it can capture footage at full 1080p high-definition and 60 frames per second. It works with HDMI and component cables, so you can record and livestream your PlayStation 4 or even your original Xbox. Gaming-related content is one of the biggest video categories on the Web, and it is a business worth $3.8 billion across YouTube, Twitch, and other sites. With all that cash up in the air, companies like Razer are targeting “prosumers” who want to make their own high-quality videos.

By far the best thing about the Ripsaw is that it uses USB 3.0. This provides enough power and bandwidth for the device to do a few key things.

Unlike competing capture cards from Hauppauge or Elgato, it doesn’t require an external AC adapter. USB 3.0 provides enough energy to power the Ripsaw. This makes for a much more versatile and portable experience.

Even more impressive is that this connection is capable of almost zero latency. That means the source footage appears in your recording software almost instantaneously.

This is a crucial improvement over a lot of the competition.

With my previous setup using a Hauppauge HD PVR 2 Gaming Edition, I had a 2-second delay between when I would perform an action in a game and when it would appear in the recording software. This meant that my voice-over audio would come in 2 seconds too early for people viewing a livestream or YouTube video. I could fudge this in my software settings using some audio options to compensate for the delay, but then this would mess up the sync for my voice and any camera footage.

Razer Ripsaw eliminates all of those problems. Its latency is so minuscule that I was actually using the Xsplit software monitor as my primary screen for playing the game. The delay is not zero, but it’s so close that I had no issue playing something as fast and twitchy as Mario Kart 8’s 200cc mode.

And then you have the footage itself. At 1080p and 60 frames per second, you’re going to end up with gorgeous recordings. I recorded several games from the PlayStation 4, Xbox One, and Wii U. Everything came out looking great, and it’s not surprising because my footage ended up with a bitrate of 30Mbps. That’s before I messed with any settings, and I believe that I should get up to 60Mbps after some adjustments. This is way more than good enough for Twitch or YouTube (but especially Twitch).

It just works with OBS and Xsplit

Among pros and hobbyists, OBS and Xsplit are the most common PC tools for recording and broadcasting gameplay, and Razer ensured Ripsaw integrates well with both.

I prefer Xsplit and after installing the drivers using the Razer Snyapse software, I was able to immediately get started. When everything was good to go, the light on the Ripsaw blared green to let me know it was working. Razer claims the Ripsaw works best with OBS. When I tested that out, I found that it works just as well as it did with Xsplit. No matter which you prefer, you should have no trouble getting the Ripsaw set up. 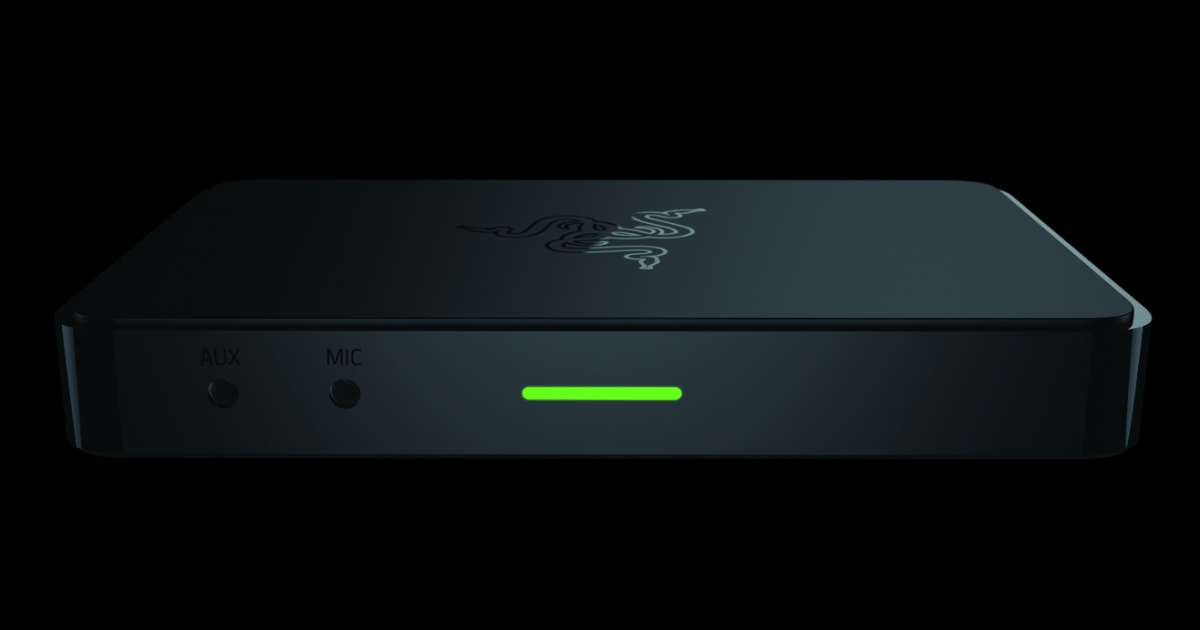 Above: The Ripsaw integrates well with the most common recording software.

On the front of the Ripsaw and to the side of the indicator light, you’ll fight two 3.5mm audio input ports. One is for microphones, and the other is for auxiliary audio.

These enable you to plug in a professional sound mixer or even something like an iPod filled with music and sound effects that you can stream right into the video file.

The component input enables you to hook up any older device that works with those red, green, and blue AV cables. You can get these for the Wii, original Xbox, or and even some systems that predate those consoles.

The Ripsaw comes with all the adapter cables you’ll need for this, and you can plug them in whenever you need them.

USB port is not standard, and the cable is too short

You cannot just plug in any USB cable into the Ripsaw. It’s a specialized port likely meant to ensure you don’t try to use a USB 2.0 cord. That wouldn’t work.

But the big problem here is that the included cable is on the short side. I don’t want to have to adjust everything to ensure my console is close enough to my PC, but I have to worry about that with the Ripsaw.

Finally, this review for the Razer Ripsaw could apply almost word-for-word to the AverMedia Live Gamer Extreme capture card, which sells for $175. It seems that Razer has simply licensed the tech from Aver Information, and put the components in a new casing. 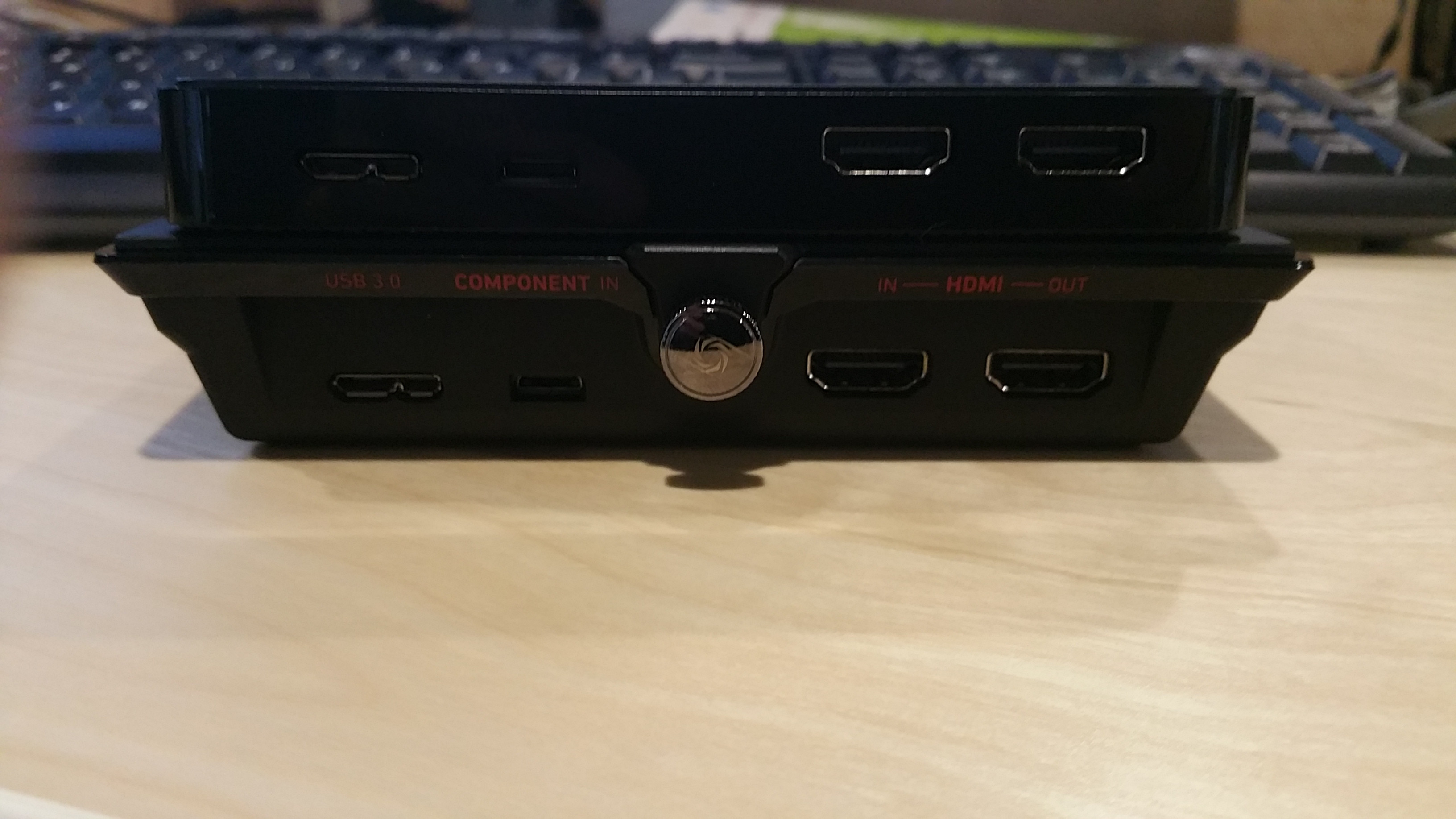 Above: Teardowns by gamers on Reddit have revealed the internals are exactly the same.

Now, I don’t know how much this matters to you. It doesn’t really bother me. I never used the AverMedia LGX, and the Razer name honestly did make me interested in this device. But considering both devices are internally identical, I think you pick either one and end up with an excellent experience. I would actually still probably pick the Ripsaw because I think the casing is more attractive, but — again — I don’t think that matters all that much.

If you’re in the market for a new capture card, the Ripsaw is an excellent choice. Its performance is great for the price, and I would easily pay more for this than for an Elgato or Hauppague running video over USB 2.0.

At the same time, you should also consider the AverMedia LGX. It’s $5 less expensive, but it’s also slightly bigger. I don’t think either of those things matter, and yet I don’t think I would trade the Ripsaw for the LGX.

Should you buy it?

I recommend the Razer Ripsaw.

Razer provided GamesBeat with Ripsaw for the purposes of this review.