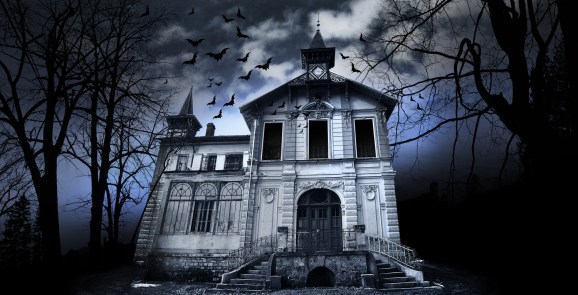 Atari says it owns this.

Atari will have to shamble its way into a Washington D.C. hearing to argue that it should own all uses of the term “haunted house” when it comes to interactive entertainment.

The United States Patent and Trademark Office has set oral arguments for Atari’s claim against developer Hazy Dreams of Infinity over its use of “Haunted House” in the game Haunted House Tycoon. Atari and defendant Andrew Greenberg, Hazy Dreams founder, present oral arguments on Thursday. In 2011, Atari filed a “notice of opposition” against the Hazy Dreams in an effort to prevent the developer from launching the game, which is still in development. The classic-gaming publisher’s stance is that it owns that trademark in the gaming industry after releasing Haunted House in 1982 for the Atari 2600 console — although Atari did not file for that mark until 2010. But this is in keeping with the company’s recent history, as it is nearly as well known for its work in patent and trademark courts as it is for producing new products for the $99.3 billion gaming industry.

We’ve reached out to Atari for a comment, and we’ll update this post with any new information. As for Greenberg, he thinks this case is unfair and absurd.

“Trying to claim no one else can use the words ‘Haunted’ and ‘House’ is especially ridiculous, considering games have been using the term ‘Haunted House” in titles ever since Magnavox released a game by that name for the Odyssey in 1972,” he said in a statement.

Greenberg also claimed this is a sad reflection of today’s Atari.

In March 2015, Atari made moves to block Minter — developer of Atari classic tunnel shooter Tempest 2000 — from making TxK, which featured similar gameplay. The publisher claimed that it holds the patent for the technology behind TxK, and it threatened to take Minter to court.

At the time, Minter called Atari’s threats “abject bullocks,” but he lacked the resources to fight them in court.

All of this comes as Atari has lost much of its original identity. The company, which has shifted from owner to owner over time, filed for bankruptcy in 2013. It emerged later that year under the ownership of venture capitalist Frederic Chesnais, who says that company is now 10 people primarily responsible for managing its past assets.

“It does not appear that anyone from the Nolan Bushnell or Ray Kassar glory days of Atari are still leading the company,” said Greenberg. “It is tragic how the current leadership has driven its brand into the ground. They would be much better served by actually trying to make a good game rather than bullying independent developers.”