The way people consume television is changing. Shows are now streaming online, and developer Remedy even embedded one inside of its new Xbox One adventure, Quantum Break (read our review). But all of that change only works because the end product looks — and sounds — so familiar.

That’s where John Kaefer comes in. He’s a composer for film, television, and the stage, and he’s responsible for Quantum Break’s film score — which is distinct from its in-game music. Kaefer previously composed for the original series Sequestered on Sony Pictures’ online streaming service Crackle, and he is also producing an original piece that the Hollywood Chamber Orchestra will perform July 24. And all of that experience helped him set the aural tone for one of the biggest Xbox One releases of 2016.

We caught up with Kaefer to ask him what it was like working on a television show inside of a game — especially one that changes depending on the actions of the players.

GB: When you come in and you’re scoring a film, but you also know it’s part of a game, does that change what you do? 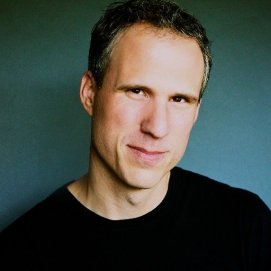 Kaefer: I was aware of the other elements. I talked with producers at Microsoft and Remedy. They provided a very helpful guide to what they were looking for musically, both within the game and the show. That preparation and background, talking with the producers, helped give me an idea. I’m familiar with the composer of the game, familiar with his work, and so that gave me a good idea of what they were looking for. The scoring process was very similar to scoring a traditional TV show. I had an episode and I scored the episode. I followed the dramatic arcs and the characters, and I wanted my music to work seamlessly with the picture and be a cohesive unit.

The really fun part, I’m sure you’ve heard about, was the junction points in the show. Depending on how the game is played, the plot and direction of the show changes. On the composing side of that, for the live-action show, sometimes I had to score three or four different versions of the same scene, slightly tweaked in a different way each time.

In one scene a character might storm out of the room. In the next version they might get in a fight. But that scene is entered and often left by the same storyline. It’s just that the middle part changes, because how you play the game changes some of the plot. That part, logistically, was a fun challenge, just figuring out how to do it and make it work musically and with the storyline. But otherwise it was very similar to scoring any other TV show.

GB: When you come across those junction points and have to make distinct sounds for scenes that are very similar, how do you ensure they have their own tone while existing in a cohesive theme?

Kaefer: Before I started getting into the main episodes, doing the main writing, I built a palette of sounds. I built textures and came up with some thematic ideas. Not necessarily melody notes, but more about textures and feelings, if that makes sense.

When I was writing all the scenes, it’s all from that same palette of sounds — the same sound world. I wanted to keep that consistent. I approached scoring the scene as if it were one part of the episode. Say scene 10 is the differentiating scene. If scene 9 has a certain type of music, in scene 10 I’d approach it like I was scoring a normal show. Then if there’s a variation, a scene 10B for example, then I’d score that as if it was one cohesive show.

GB: That’s interesting. You’d have to consider it like you were always flowing from the scene before, because that’s how the player would see those scenes.

Kaefer: Right. It should feel natural, just like that’s the way the episode is supposed to happen. It’s just that it can be different depending on how you play the game, which is a really cool thing that they figured out how to do. 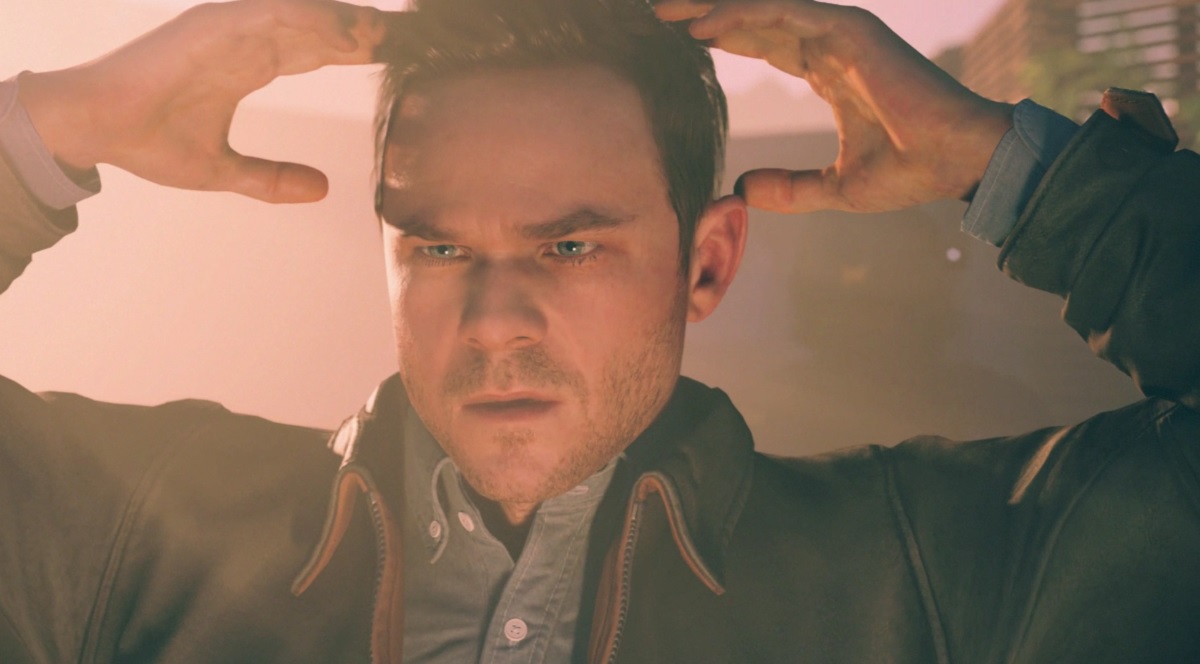 Above: Jack Joyce, played by Shawn Ashmore, is the hero of Quantum Break.

GB: Is there a risk of having too much room to play around in these variations, a risk of making it not fit those original textures you were talking about?

Kaefer: In this case, I didn’t ever go too far away from what came before and after. I try to build a world in which I’m working. Nothing feels too out of the ordinary. This is what I develop, and maybe I’m the only one who hears it this way, but as far as being pushed too far in one direction — that was never really an issue.

GB: You worked on a streaming TV show before and now a game — is it interesting to work in cutting-edge distribution networks?

Kaefer: I’m excited to be involved with this game, yeah. I like the idea of pushing the envelope as far as how music and film and TV and games are presented. If this is the start of some new way of producing games, it’s kind of thrilling that I’m at the forefront of it in that way. It’s the same way writing music for a streaming show. I like the idea that music and film and TV and games are being produced in new ways. In general, people seem receptive to it in my experience. I like it.

GB: Does it change anything about your job, or are you still composing in the way people have composed film scores for years?

Kaefer: In my experience, the production schedule and the way it’s written is the way music has been written for shows for a long time. But everyone works in different ways, so I can’t really speak for everyone. For myself, what I’ve worked on and what I’ve witnessed happening, it’s similar to scoring TV or games that have happened in the past. There are some subtle variations, like the junction scenes. Or with Sequester at Crackle, the first six episodes were released all at once, half of the season, and then they released the second half two months later. In that way, I thought about the music and the story arcs a little bit more globally, as opposed to going episode by episode. It was more film-like approach with more in-depth ideas.

I was aware that people might be watching one episode after another, as opposed to waiting a week in between, and that made me think about the scoring process a little bit differently. But at the end of the day it’s still just sitting down at the keyboard and coming up with ideas and stuff like that. That probably hasn’t changed much for 400 years.

GB: Is it kind of reassuring that, as so many other things in the world change in media consumption, the way your job works has been the same for so long?

Kaefer: The actual art of coming up with musical ideas hasn’t changed. I do find that comforting.

But as I said, there are many elements of the music industry, and film and TV and games, that change all the time. It is different in many ways – how music is purchased, how music is consumed, all the other things that relate to that.

But I do find it comforting that you still have to come up with an idea and sit down and figure it out. That’s the thing I love about making music. The blank page is open to what I want to do and how it fits in with the project. That blank page idea, I like that.