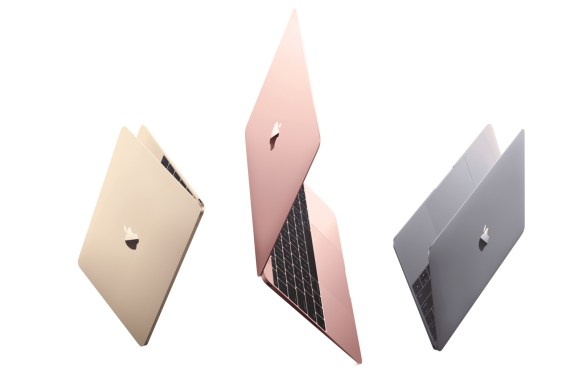 Apple has announced a handful of updates to its MacBook models today, with the 12-inch incarnation now sporting sixth-generation dual-core Intel Core M processors with speeds of up to 1.3Ghz under normal conditions, and Turbo Boost speeds of up to 3.1Ghz.

The refreshed MacBook also now promises faster graphics performance and flash storage, in addition to better battery, with up to 10 hours of web browsing or 11 hours of movie playback on iTunes. But perhaps the nugget for many in today’s announcement is a new color variant — rose gold, which is now offered in addition to the existing gold, silver, and space gray incarnations.

Additionally, Apple also made 8GB memory standard in the 13-inch MacBook Air — it previously cost an extra $100 to upgrade from 4GB.

The new MacBooks can be bought through Apple’s online store today, or in store from tomorrow (April 20).