Cloud infrastructure provider Amazon Web Services (AWS) today announced that it has developed a larger version of its Snowball storage server for shipping data from companies’ data centers to the AWS public cloud.

When AWS first introduced Snowball in October, it had a 50TB capacity. Now companies have a 80TB option. 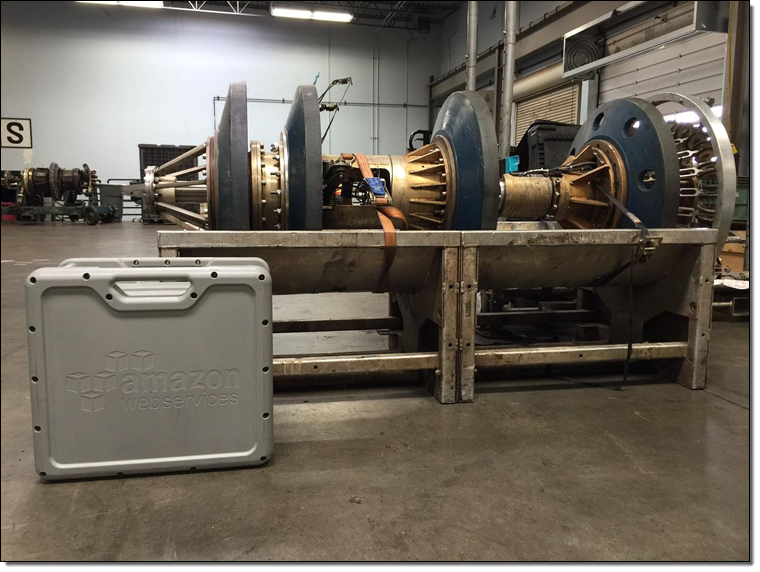 Above: Whoa, a Snowball at GE.

Support for Snowball in more AWS data center regions is on the way, Barr wrote.

The addition of the 80TB Snowball is important because it suggests at least some companies want to migrate a great lot of data to AWS, more than 50TB anyway.

Normally AWS strives to stand out by introducing new cloud services, hardware infrastructure to be accessed as a service, and geographical expansions; Snowball is part of Amazon’s broader attempt to appeal to larger companies that have traditionally operated on-premises infrastructure. Also along those lines, last year AWS added on-premises support for its CodeDeploy continuous-delivery service.