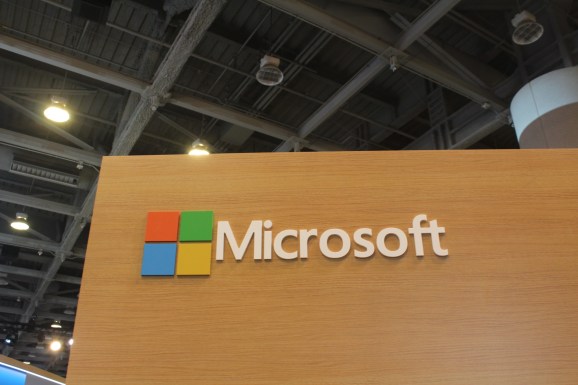 At the Microsoft Build developer conference in San Francisco on March 31, 2016.

Microsoft is announcing today that it’s taking the preview label off of the Azure Container Service for deploying and managing container-based applications on Microsoft’s Azure public cloud.

A container is a unit of computing that holds code and can be transported from server to server. Many of them can run on a single server simultaneously, and in that regard, they present a more modern alternative to a virtual machine.

Microsoft announced the Azure Container Service for the first time in September and made it available in preview in December. But now anyone can try it.

Microsoft is making a big deal about the openness of this service, which can be run using either the open-source Docker Swarm container cluster management and scheduling tool or Mesosphere’s newly open-sourced Data Center Operating System (DC/OS). (Microsoft is now part of that initiative, alongside more than 60 other companies.)

“I don’t think it makes sense for it to be open-sourced, but the technologies that it manages are all 100 percent open-sourced,” Microsoft Azure chief technology officer Mark Russinovich told VentureBeat in an interview.

Attention to quality could help distinguish the Azure Container Service from competitive services of other public clouds, including the EC2 Container Service from Amazon Web Services (AWS) and the Google Container Engine from Google Cloud Platform (GCP). The thinking is that it would be easier for customers to take containers to different infrastructure as needed if the underlying service depends on familiar open-source tools.

The service will eventually become available as part of Azure Stack, the portfolio of software for on-premises data centers that’s based on Azure cloud services, Russinovich said. Pricing information is here.

A blog post has more detail on the two versions of the Azure Container Service.