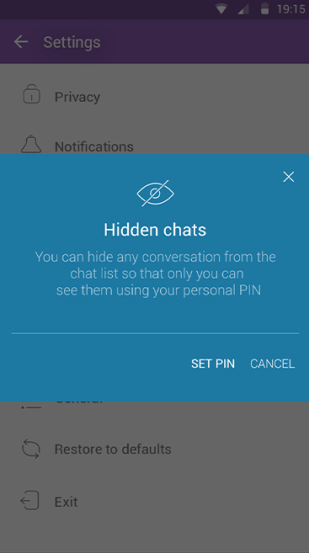 Founded out of Israel in 2010, Viber today claims more than 700 million users globally across iOS, Android, Windows Phone, and desktop. Users able to engage in individual or group chats, as well as setting up voice or video calls. The company was snapped up by Japanese ecommerce titan Rakuten for $900 million back in 2014.

Viber’s introduction of end-to-end encryption follows similar moves by other messaging companies — such as Line, WhatsApp, and Wire — which have all strengthened their default privacy features in recent times. It also comes as tensions between the tech world and law enforcement are running high. Indeed, Apple’s ongoing spat with the FBI has brought the privacy versus national security debate to the front pages and to prime time talk shows.

With so many of its competitors now promising encryption, it was inevitable that Viber would follow suit, though we’re told that it has been working on the feature for some time already.

“We take our users’ security and privacy very seriously, and it’s critical to us that they feel confident and protected when using Viber,” explained Michael Shmilov, COO of Viber. “Because of this, we have spent a long time working on this latest update to ensure that our users have the most sophisticated security available and maximum control over their communications. We will continue to make this an ongoing priority as digital communication evolves.”

Viber version 6.0 will also include a new “hidden chats” feature that lets users conceal a specific conversation from their main chat screen. So if anyone picks up your phone or catches a glimpse of the main feed, they won’t be aware of any chat you’ve decided should be private. These conversations are hidden behind a four-digit PIN code; those on iOS can use their fingerprint as their key. It’s worth noting here that conversations are only hidden on one side of the conversation — so if you hide the chat on your phone, it won’t be hidden on the recipient’s unless they do the same.

The concept of a privacy-focused chat is not new. Telegram offers something called “secret chats,” which are not only encrypted, but can also be programmed to self-destruct after a set period of time. BlackBerry also offers a tool called “private chats” that hides the participants’ names from view in order to protect against screenshots, and deletes conversations from both users’ phones when the chat is ended. 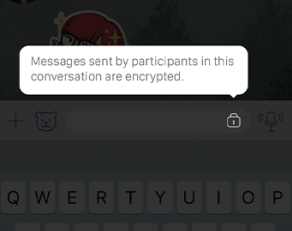 Interestingly, Viber is also rolling out a new account verification feature with its latest update, essentially a color-coded lock on the screen that indicates the security status of another person’s account. During a conversation, you will see a grey padlock icon which, when tapped, displays a little message stating that the chat is encrypted.

Users can also manually authenticate their Viber contacts and mark them as “trusted,” after which the contact will be marked with a green padlock icon. This padlock will turn red if there is ever a problem authenticating the user. There could be a simple explanation for this, for example, the user could have changed their phone and number. But it could also mean that their account has been compromised, and in either case, Viber will notify you that the number can’t be verified.

The new features cover all forms of communication within the app, and Viber said that the encryption and hidden chats update will be rolling out gradually across all platforms in the coming weeks.