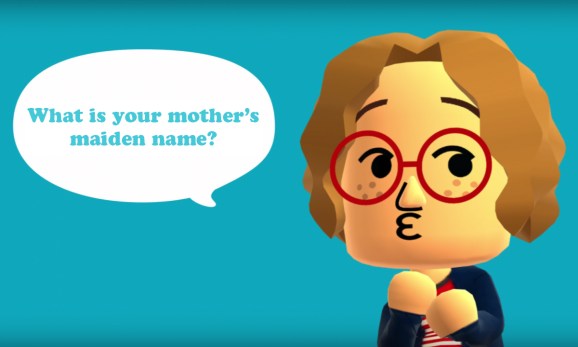 The release of Nintendo’s first mobile game, Miitomo, largely caught the world off guard. Not merely because it’s so unique, but also because people either seem to love it, hate it, or sometimes both. Regardless of their opinion, more than 3 million of them have already downloaded it, and the numbers are growing fast.

While the game industry mulls over what Miitomo is, marketers should take close notice, too, because the app manages to effortlessly scoop up a data set that is pure gold. To understand what I’m talking about, we can start with how the game works. You first create an avatar (or pull your Mii over from Nintendo’s consoles and handheld systems). You can personalize its appearance in a variety of ways, including buying different outfits to wear. Next, you add your friends from social media. Finally, it starts asking you questions and shares your answers.

The questions it asks are all light and personal. What kind of pizza do you like? What’s your favorite way to exercise? How do you relieve stress? In this way, Mittomo collects a vast store of what I’d call personal data. Personal data is different from private. That private data involves things we don’t want others to know: prescriptions, grades in school, and so on. Personal data consists of things we don’t mind sharing at all. Personal data can be anything, such as whether you like to ski, what you find relaxing, and even what you think about yourself.

Oddly enough, we don’t have a good way to collect and use this information. Most of the data we have is either demographic or behavioral, such as where people shop, what they buy, or what they do online. And while that data often hints at personal preferences, it still misses a lot. Let’s look at a few examples to see what I mean.

We’ll start with a 50-year-old fisherman. He’s been fly-fishing since he was 5 years old, and he knows all the nearby streams and goes as often as he can. You know what, though? This person almost never sets foot in a fly-fishing store or buys gear of any kind. He already owns everything he needs. Traditional behavioral data might not peg him as an outdoorsman, but something like Miitomo would pick it up instantly.

The next is a friend of mine. Like probably a million other people, he owns a bread machine. These contraptions, of course, are usually like gym memberships: many more people have them than use them. He’s the exception. He and his wife make all of their own bread (and all baked goods, for that matter). They have been doing so for a long time, and it’s important to them. But I never learned this from his Facebook profile, and you’ll find no manifestation of that passion online. He just mentioned it in conversation several years after we met.

A final example might be traditions. People rarely discuss their family traditions, and marketers have no easy way to track them. That said, knowing them could be valuable. For example, every family has certain side dishes that appear only at Thanksgiving. If a supermarket knows you’re going to be making creamed baby onions and stewed red cabbage, it would have an easy way to capture the rest of your holiday business as well. But it doesn’t have that data.

On the other hand, Miitomo abounds in this stuff. People freely share all kinds of personal information because they don’t really care if anyone knows it. As a result, Nintendo is building a highly relevant profile of everyone who uses it—much more so than you’ll find from a Facebook page or social graph.

What does this mean for brands? In the near-term, nothing. Nintendo isn’t going to play the brand game and share its data. That’s not in its DNA. But the success of Miitomo is a shot across the bow in the personal data world. Very likely, similar platforms will come along that we will be able to access. Once that happens, it will be fascinating to overlay that personal data against behavioral, and see what we’ve been missing.

For now, though, we can only play Miitomo and dream. The good news is that it’s a pretty fun game.

As president of the Americas for the Possible creative agency, Jason is responsible for leading the long-term stability and growth of the region, with 20-plus years experience in digital strategy to help clients attract, convert, and retain customers.