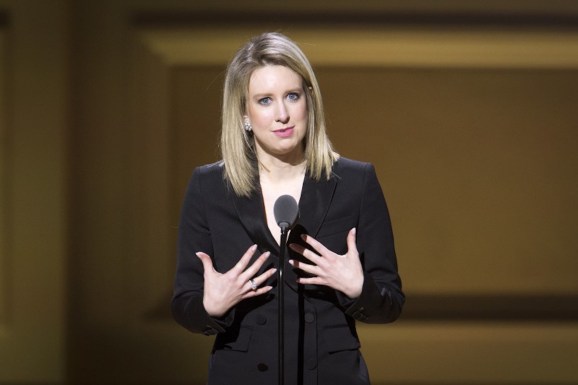 Theranos CEO Elizabeth Holmes speaks on stage at the Glamour Women of the Year Awards where she received an award, in the Manhattan borough of New York November 9, 2015.

From charmed to charged?

After months of negative publicity about its blood testing system, Theranos is now the target of a federal criminal investigation, according to a report in the Wall Street Journal.

Citing sources, the Journal says Walgreens, Theranos’ most important blood testing partner, and the New York State Department of Health have been subpoenaed recently. The question: Did Theranos mislead government officials about its blood test?

Last October, the Journal initially raised questions about Theranos’ claims regarding its supposedly revolutionary blood testing technique. While Theranos has fought back against the accusations with its own PR campaign, the company has continued to face a drumbeat of revelations that have left many questioning its future.

Just last week, word came that federal health regulators were considering banning Theranos founder Elizabeth Holmes for two years. The U.S. Securities and Exchange Commission is also probing Theranos, according to the Journal. And Walgreens has threatened to pull the plug on its partnership.

It’s been a brutal stretch for Theranos, once valued at $9 billion, and Holmes, who has long been the focus of glowing profiles touting her innovative leadership. Theranos, meanwhile, continues to push back against the tide of negative stories.

In a statement to the Journal, Theranos said: “The company continues to work closely with regulators and is cooperating fully with all investigations.”

Holmes also gave an interview on NBC’s Today show this week in which she said was “devastated” by the blood test issues.