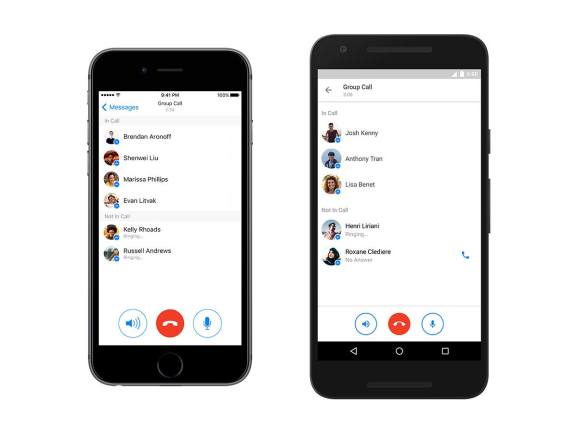 Facebook announced today that it is letting anyone make group voice calls within its Messenger app. This capability is rolling out over the next 24 hours, so if you don’t have it yet, make sure you have the latest app update.

For those who have this feature now, when you’re in Messenger, just tap the phone icon to initiate a group call. The next screen will allow you to manage the people you want to have participate in the call. As of this time, it doesn’t appear that you can have multiple people participate in video chats, so you’ll still need to use Google Hangouts or Skype. But it’s probably only a matter of time before Facebook makes it possible, since it’s something the 900 million monthly active users of Messenger likely desire.

We’re told that the group calling experience will be similar to that of a person-to-person call, except that the screen will display the group’s name and the list of members. Every individual has the option of accepting the call, ignoring it, or simply declining it. So now you’re able to not only have calls with multiple family members and friends, but also use it for work calls as well — likely also useful for those companies on the Facebook for Work platform.

Group calling within a messenger platform isn’t unique to Facebook though, as others have had this feature for a while. In March, Line rolled out group calling that supports up to 200 people, and in September, China-based WeChat added support for this as well, along with group video calling.

Right now, you’re limited to having up to 50 people on a group call, but it’s also likely that this will be fine-tuned over time as Facebook continues to gather feedback on how people use this feature.

Updated at 12:54 p.m. Pacific on Wednesday: According to Facebook, 50 people can be on a call at the same time. This post has been updated to reflect this.