Like the last mobile build, this one is only available for devices that shipped with Windows 10 Mobile (the Lumia 950, 950 XL, 650, 550, Xiaomi Mi4, and Alcatel OneTouch Fierce XL) and select Windows Phone 8.1 devices that have been upgraded. Microsoft has no plans to offer new preview builds to other devices.

First up, the “Messaging everywhere” preview allows you to send and receive text messages with your Windows 10 PC. To use this feature, you’ll need to be signed in with your Microsoft Account, enable “Send texts on all my Windows devices” on your phone, and choose which phone to send messages through in the settings of the Messaging app on your PC. 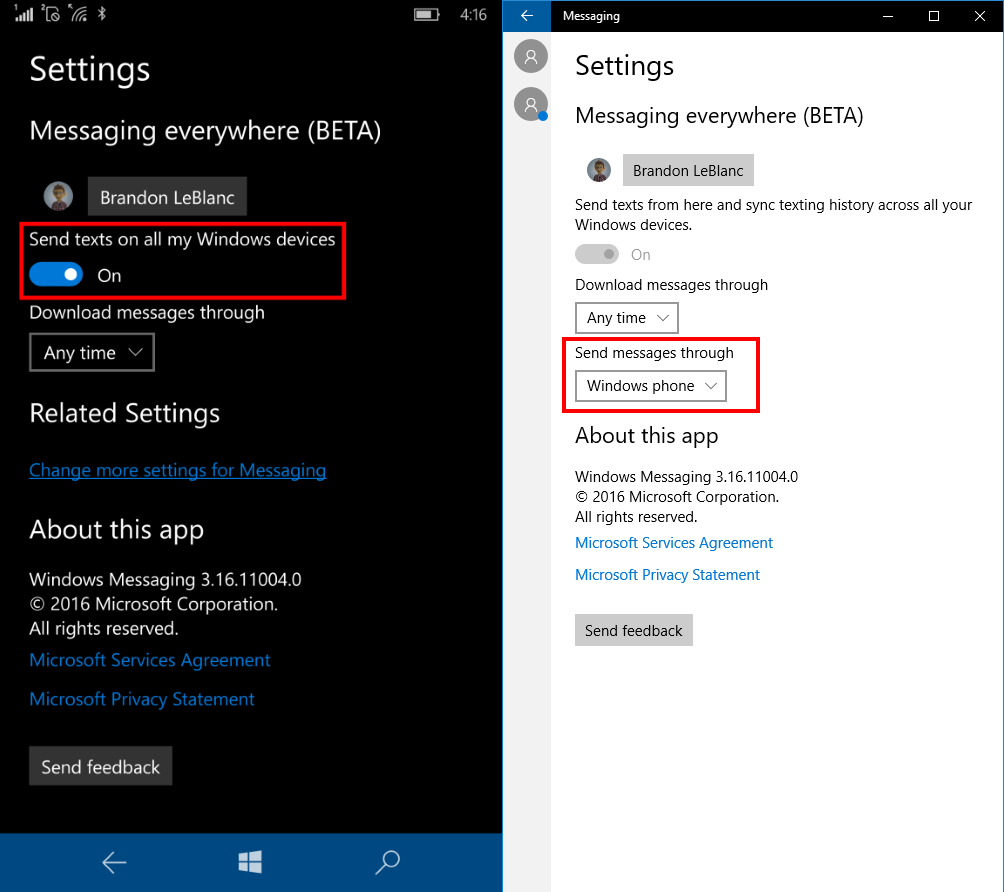 Microsoft has temporarily removed the Messaging app’s Skype integration in this build. This is because the universal Skype app will eventually handle your chats (you can use the existing Skype for Windows Phone app in the meantime). 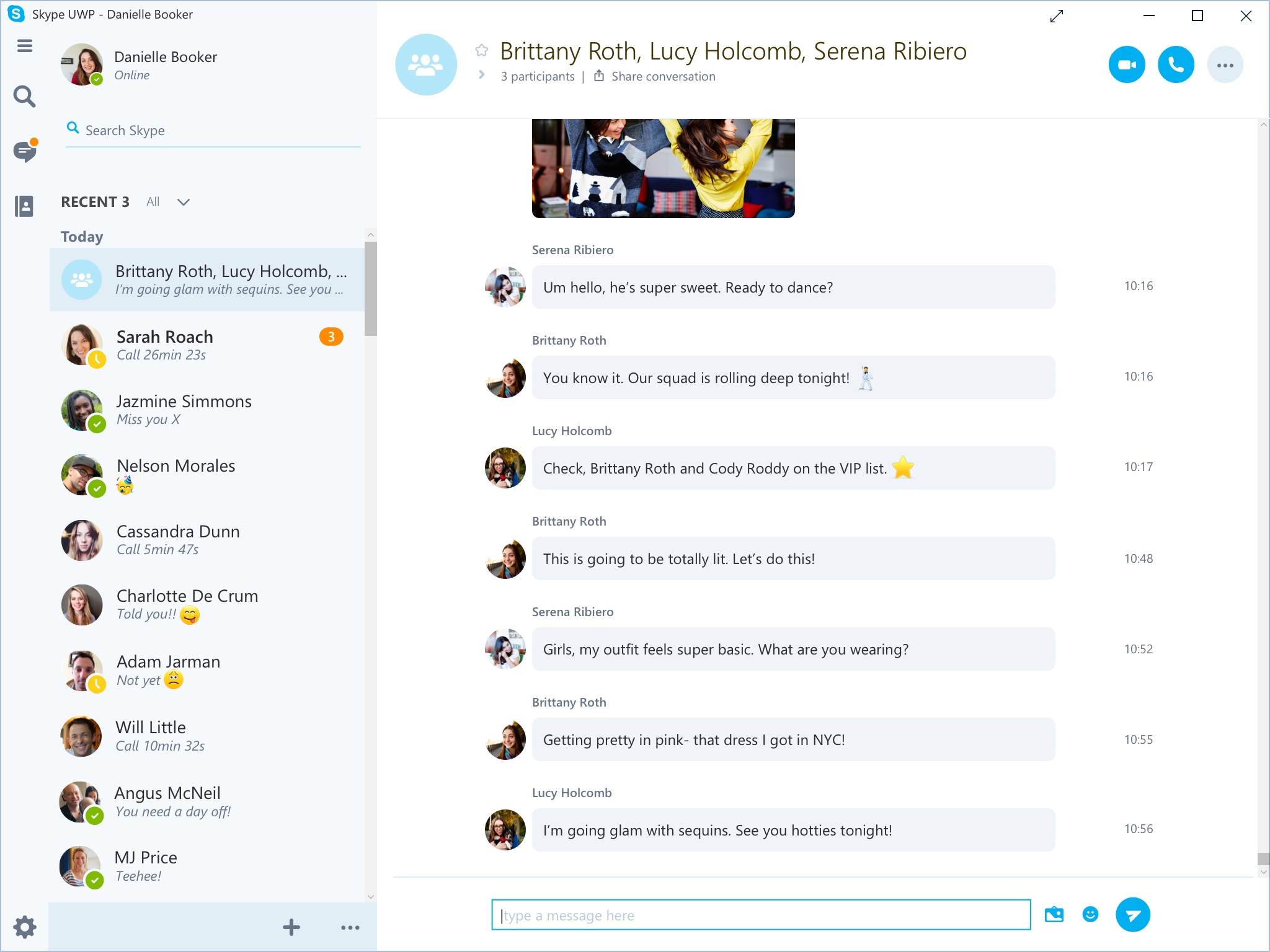 On the desktop, the universal Skype app today gained support for marking any person or group as a favorite, editing and deleting messages, and even video chatting with up to four people at once. It’s coming to Windows 10 Mobile “soon.” 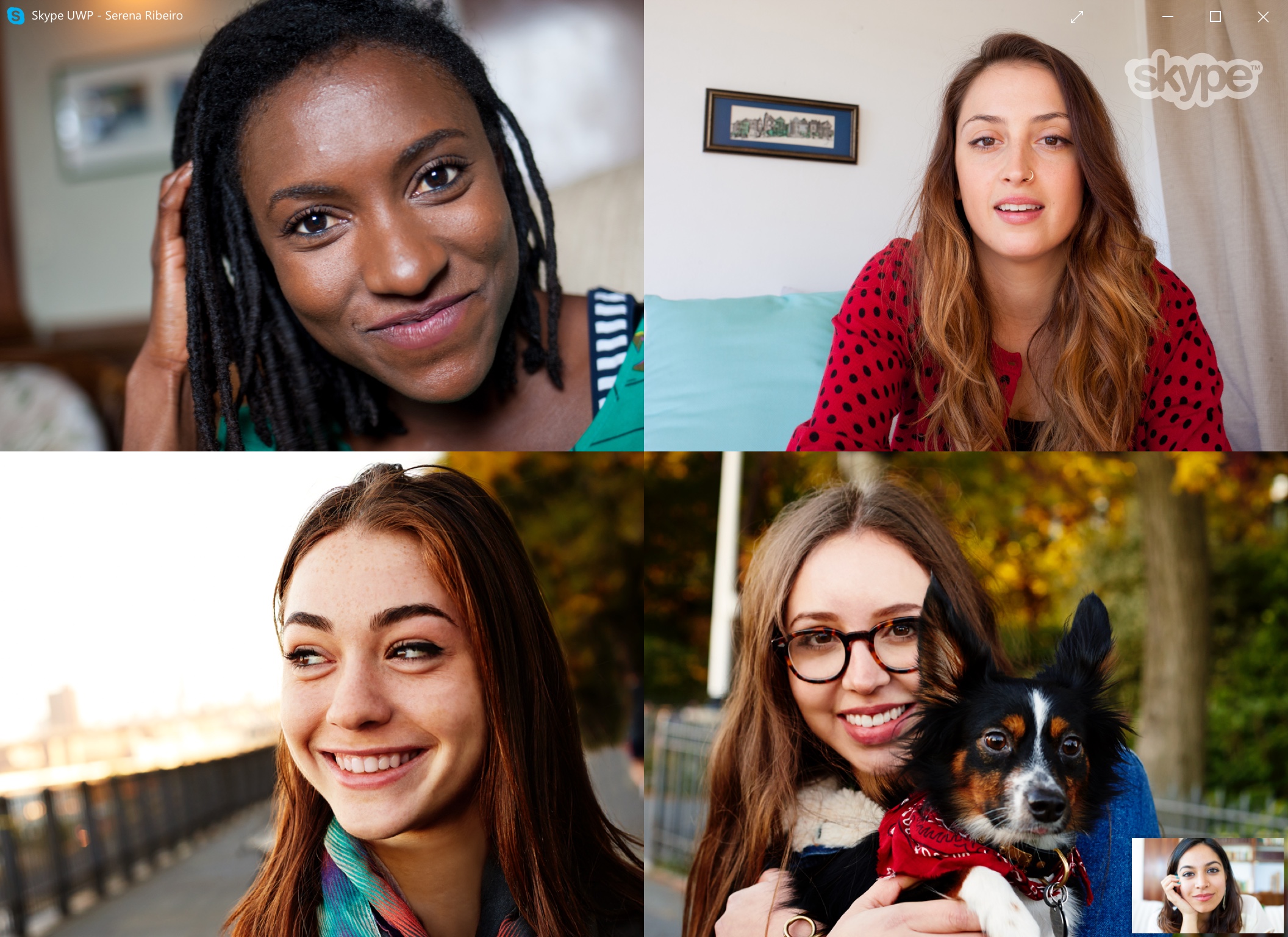 Next, Microsoft has turned on Cortana for the Spanish (Mexico), Portuguese (Brazil), and French (Canada) languages. This aligns Windows 10 Mobile with Cortana’s languages in Windows 10 for PCs.

If you’re running the Windows 10 Mobile Insider Preview in these languages, all you have to do is launch Cortana. Also, voice input is now available for these languages: Just tap the microphone above the keyboard near any text field.

Today’s update bumps the Windows 10 Mobile build number from 14322, made available to testers on April 14, to build 14327. That is less than a week apart, which is very rare for mobile builds.