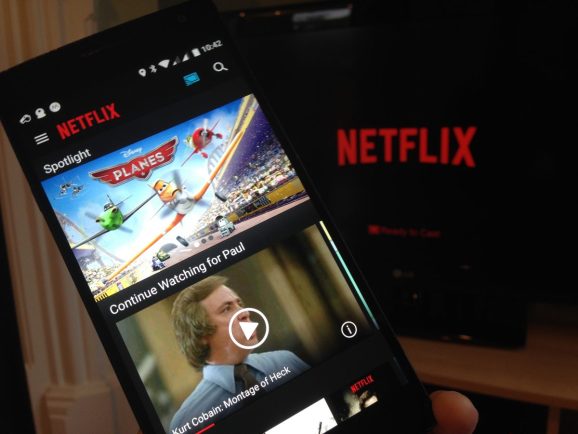 (Reuters) — Netflix is thinking global but needs to act more local to realize its full potential, analysts said after the company’s subscriber forecasts came up short of expectations.

The company’s high-flying stock, up by a third in the past 12 months, closed down nearly 13 percent at $94.34 on Tuesday. That was the stock’s biggest one-day drop since October 2014.

The video streaming pioneer launched its service in almost every country in the world in January, further boosting investors’ expectations about the company’s growth prospects.

However, Netflix on Monday forecast U.S. and international subscriptions would grow at a slower pace than Wall Street expected this quarter, underscoring the troubles it is grappling with as it adapts the service to different markets and cultures.

“We believe this highlights the increasing challenges facing the company as it expands into more non-English speaking countries and countries with more localized content,” said Mizuho analyst Neil Doshi, who rates the stock “neutral.”

“The reductions reflect heightened seasonality and lower incremental adoption, as local content and marketing are being phased in more slowly than previously anticipated,” Hargreaves wrote in a note to clients.

At least eight brokerages, including Mizuho, trimmed their price targets on the stock. Baird was the most bearish, cutting its target to $108 from $115. The median price target on the stock is $123.

J.P. Morgan Securities analysts were among those that said Netflix needed to add more languages and local content and payment options.

Netflix offers dubbing and subtitles in 18 languages including English, German, Spanish and Japanese. After its global rollout in January, it also offers subtitles and a limited amount of dubbing in Arabic, Korean and Chinese.

The company, whose original shows include “Orange is the New Black” and “House of Cards”, is also facing increased competition in its home market from the likes of Amazon.com Inc and Hulu.

Amazon announced on Monday it would offer its video streaming service as a standalone monthly subscription as it looks to drive membership in its Prime subscription service.

Wedbush analyst Michael Pachter, one of the few analysts with a “sell” or “underperform” rating on Netflix, said Amazon’s move could spell trouble for the video streaming company.

“Amazon Video will up the ante for acquiring new content. This creates a double-whammy for Netflix — higher content spend and slowing subscriber growth,” Pachter said.

(Reporting by Eileen Soreng and Tenzin Pema in Bengaluru; Editing by Saumyadeb Chakrabarty and Savio D’Souza)