Everyone stop panicking. The new Star Fox is good.

Some fans were concerned that Star Fox Zero, which comes out for the Wii U on April 22, would be too unconventional. It uses the system’s Gamepad controller to show two different views of the action, and players use its gyroscope controls for aiming weapons. A lot of early reports from people who tried it were negative, saying that these were confusing.

It turns out you get used to them pretty quickly, and those unconventional controls center around a great game.

Star Fox Zero is easily the best entry in the series since Star Fox 64, which came out way back in 1997. That’s largely because it’s essentially a remake of that game (which itself was a re-imagining of the original Star Fox, which came out in 1993 for the Super Nintendo).

The story is relatively simple. Basically, a bad monkey is trying to take over the galaxy so the Star Fox team is going to stop him. You do this by flying your ship, the Arwing, through either on-rails levels or more open areas that allow you to maneuver all over the place. The whole time you’re shooting and avoiding obstacles, occasionally throwing a barrel roll or U-turn in there. It’s not all that different from how gameplay worked in Star Fox 64. It’s the same story, too. You’ll even see some familiar bosses, and the difficulty curve is about the same as it was for Star Fox 64.

It all mixes together to present something that’s the Star Fox of the past yet feel like something new. Star Fox Zero stands out from its predecessors with its unique use of the Wii U’s Gamepad, which has a screen and gyroscopre controls. While your television will show a third-person view of your ship, the Gamepad looks straight out of the cockpit. You can also use the gyroscope controls to aim your cross-hairs, allowing you to shoot in a different direction than you’re flying.

It takes a little getting used to, but this is definitely one of the best uses of the Gamepad yet. You quickly learn that it’s best to look at your TV when trying to maneuver between obstacles, while you’ll want to focus on the cockpit view when you need to concentrate on your aim. In a time when so many games, especially sequels, feel too familiar, I was happy to see Star Fox Zero do something new.

The gyroscope controls take a bit more work to get used to. You can actually choose to only have them work while you’re holding down the fire button, which I initially tried since aiming in one direction and fling in another was throwing me off when I started. However, I began to realize that my aim was suffering. I was much happier once I turned the gyroscope controls on all the time, and I quickly adjusted to them. It was especially helpful during some of the trickier boss fights, since I could avoid all of the incoming fire while continuing to focus my fire on a specific weak point. 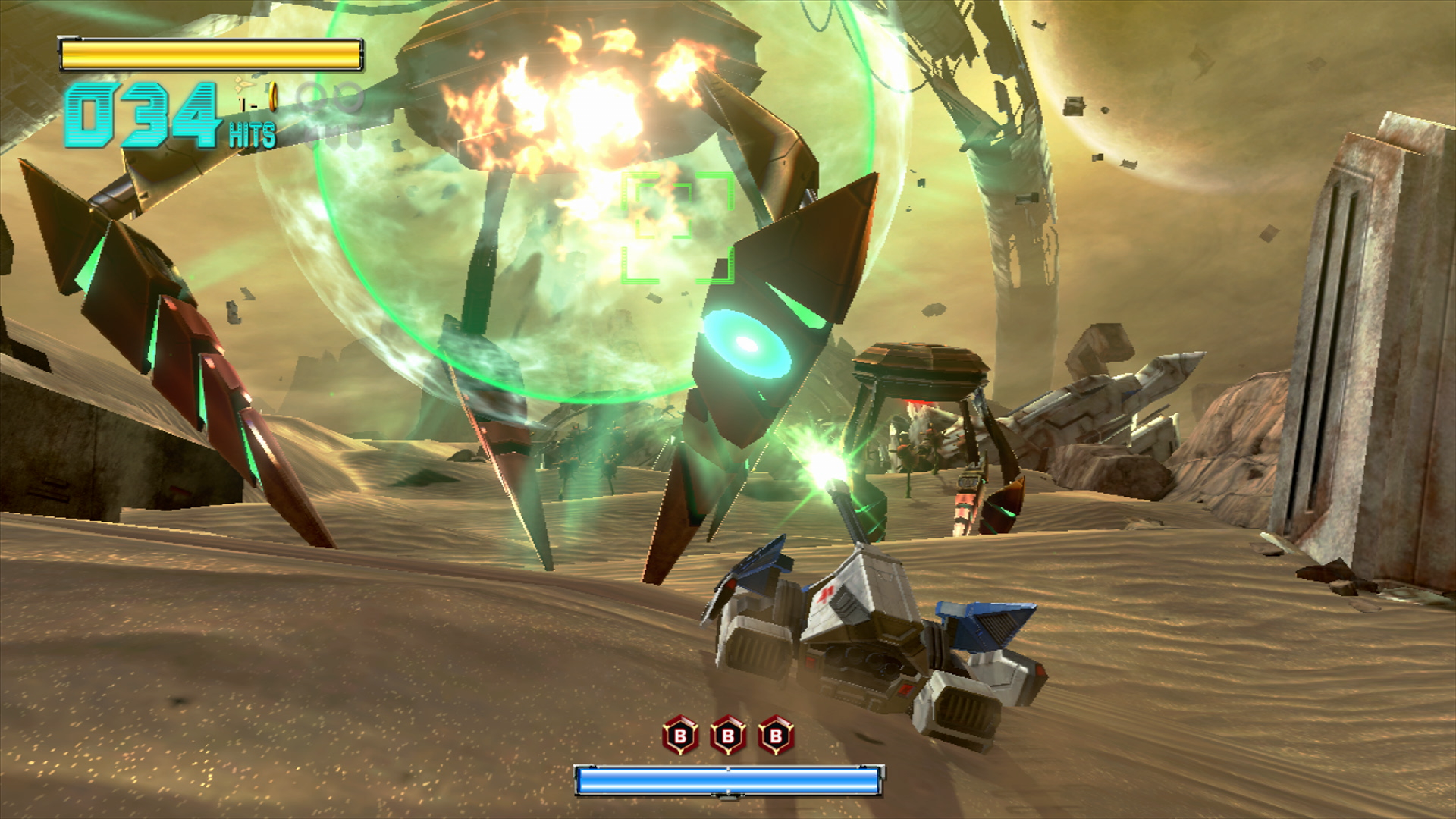 Star Fox Zero is mostly linear. You go through a series of levels until you reach the final boss, beat him, and win the game. However, each level has secrets. Sometimes they are just collectible medals, but others can send you through portals that take you to entirely new levels.

In the main game, you can revisit stages as often as you want, which makes it easy to discover all of these hidden items and paths.

It’s one of Nintendo’s prettiest games ever

Nintendo games aren’t usually known for their technical prowess. They usually attract praise more for their art style and presentation than because of actual graphical fidelity. Star Fox Zero, however, is a gorgeous game that wouldn’t seem out-of-place on the more powerful PlayStation 4 or Xbox One. The vistas are colorful and feature awesome lighting effects, the character models look great (with plenty of fuzz and fur), and it really is impressive to see just how many ships and lasers can fill up the screen. It all helps Star Fox Zero easily feel like the most epic entry in the series.

The music is also fantastic. It sounds like something you’d hear from a classic adventure film. It features plenty of familiar tracks from the older games, but they all sound more exciting and vibrant.

In fact, exciting might be the word for Star Fox Zero. Between dodging, shooting, transforming, and everything else, it can almost feel frantic. However, the game controls so well that you’re never really helpless. Every action, from speed-boosting to firing a single laser, feels satisfying. Even the little touches, like having your wingmen fly in formation with you or give you a verbal pat on the back over the radio, make me smile. It’s full of those Nintendo touches — that almost goofy kind of sincerity — that few other companies can pull of. 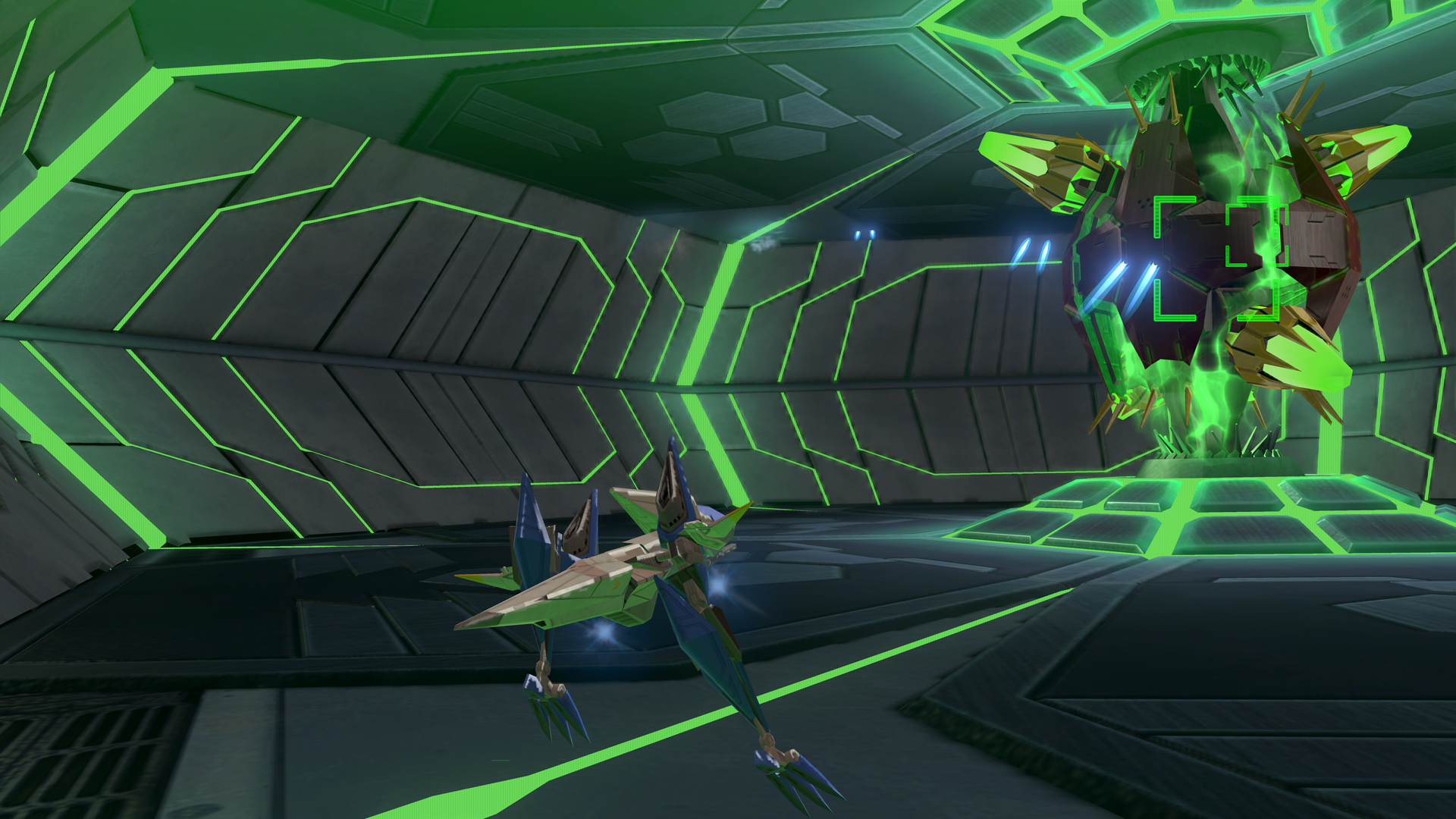 Above: The walker mode of the Arwing is a cool addition.

Star Fox Zero features three different vehicles: the Arwing, the tank-like Landmaster, and the new Gyrowing. You spend most of your time in the Arwing, which can also turn into a land-based walker. The Landmaster is a fun change of pace, although the walker-mode of the Arwing kind of makes it a bit redundant.

The Gyrowing, however, is annoying. It’s kind of like a helicopter, and it’s much slower than the other vehicles. Flying it also involves dropping a tiny robot that can hack computers, but aligning those drops can be a bit tedious.

Flying the Arwing is just so exciting, and the Gyrowing slows things down unnecessarily. Luckily, you only use it for a few levels, but I wish that time was spent on making more Arwing-focused stages. 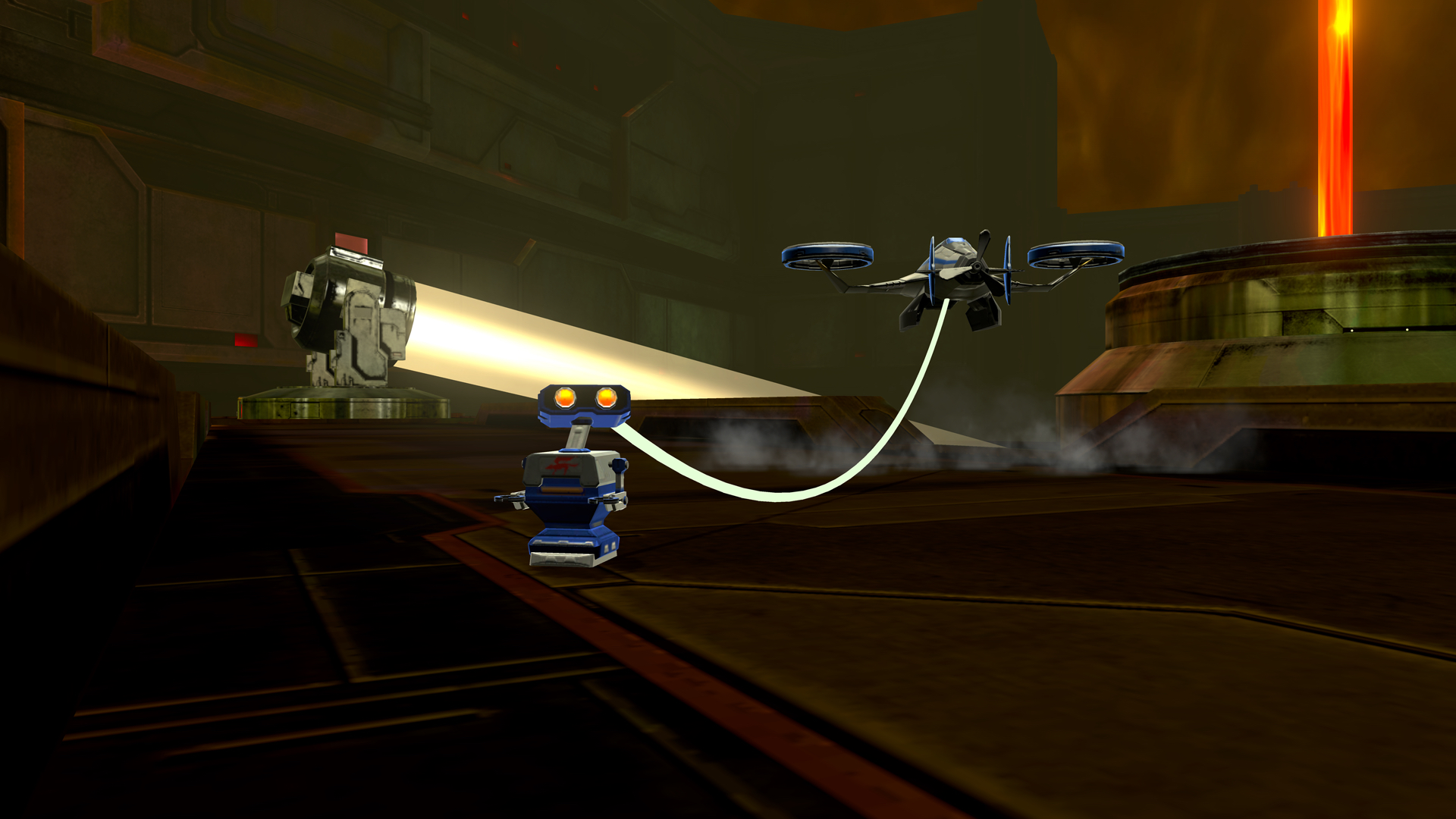 Star Fox Zero isn’t long, especially if you’re done with it as soon as you finish the main campaign. Now, all of those secret paths give you incentive to revisit stages, but it still feels short. You could probably get to the end credits the first time in just a few hours.

It’s a little sad that Star Fox Zero, a game that wonderfully shows the benefits of the Wii U Gamepad, came out so late in the system’s life. Still, it’s worth getting for anyone who owns the console, especially if you were a fan of the series in the ’90s.

Star Fox Zero comes out on April 22 for the Wii U. Nintendo sent us a copy for the purposes of this review.