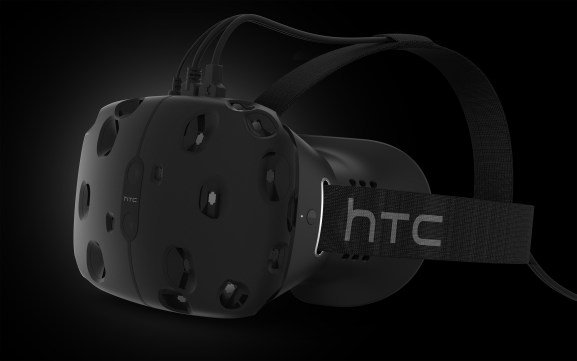 From Oculus to Samsung, Facebook, Huawei, and beyond, there’s little question that virtual reality (VR) is the big breakout trend of 2016. But finding bona fide use-cases for immersive video is something the technology giants of the world are still trying to figure out.

Though gaming is one obvious conduit that could propel VR into the stratosphere, HTC today unveiled plans to infiltrate the enterprise and make applications for VR across design, science, marketing, and manufacturing. The Taiwanese tech titan has partnered with Dassault Systèmes, a France-based software company that builds 3D design and virtual reality tools.

“Virtual reality is a truly disruptive technology in business as well as our lives, and Dassault Systèmes is leading the way in demonstrating how VR can help organizations transform their business, enhancing their products and services or creating completely new offerings,” said Cher Wang, chair and CEO of HTC, in a press release.

Of all the hardware products to go to market this year, we recently called the HTC Vive the best consumer VR experience for now, though it needs better games. HTC’s strategic partnership with Dassault will see the duo showcase “world-class applications for business and governments” at events around the world throughout 2016. In other words, this is still in the early stages — they’re trying to create a market for the technology, and there is no certainty that business or government will welcome VR with open arms.

However, demonstrating applications in the real world will go some way toward showing what VR could bring to the enterprise realm. “We are in the age of the experience economy, which means that innovation must be driven by the value of experiences,” said Bernard Charlès, president and CEO of Dassault Systèmes. “With HTC Vive, our collaborative 3DExperience platform provides a second to none consistent experience of the virtual twin of the real world, thus addressing our customer needs in collaborative innovation from ideation to marketing and selling.”

It’s estimated that virtual reality could become a $30 billion business by 2020, but it needs significant uptake to bring this about. Facebook, Oculus, Samsung, HTC and co. are all pushing things forward, but there’s still a way to go before these things hit the mainstream.

Back in March, Dell unveiled three new workstation tower computers that can handle the processing power required for VR to function. Indeed, the technology must run at least 90 frames per second (FPS) in each eye to avoid the oft-cited “puke problem” — yes, VR can make you feel sick. But Dell sees its launch as a step forward for VR applications in business. “The first use for VR is in games and entertainment, but we’re seeing a lot of interest in the enterprise as well,” said Rahul Tikoo, executive director and general manager of Dell Precision workstations. “This signals to the world we will have a leadership position in this space. We are enabling the right usage for commercial customers.” Tikoo added that he expects VR to impact just about every industry, including engineering, science, energy, and entertainment.

Startups too, are seeing interest in their business-focused VR smarts. Back in January, Envelop VR – a company that’s creating virtual reality software for enterprises — raised $5.5 million and added Google Ventures (GV) to its roster of investors. And just last week, Marxent, a provider of VR and augmented reality (AR) for retailers and manufacturers, closed a $10 million funding round.