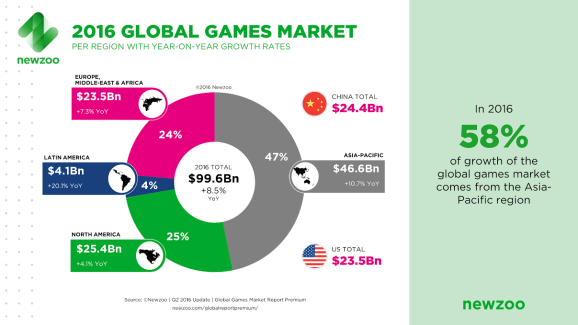 Gaming is taking over the world.

Market research firm Newzoo revealed today that it expects the global gaming market to be worth $99.6 billion in 2016. That’s up 8.4 percent when compared to last year. It also expects 2016 to be the first year that mobile overtakes PC and console, with Newzoo expecting that market to make $36.9 billion in 2016, up 21.3 percent from 2015.

Forty-seven percent of that $99.6 billion will come from Asia, as you can see in the chart below. China is seeing exceptional growth. Mobile in that country will be up 41 percent from 2015 to reach $10 billion. Newzoo notes 58 percent of total gaming growth in the worldwide market in 2016 will come from the Asia-Pacific region.

“China will remain the largest games market for the foreseeable future, growing to $28.9 billion by 2019,” Newzoo notes. 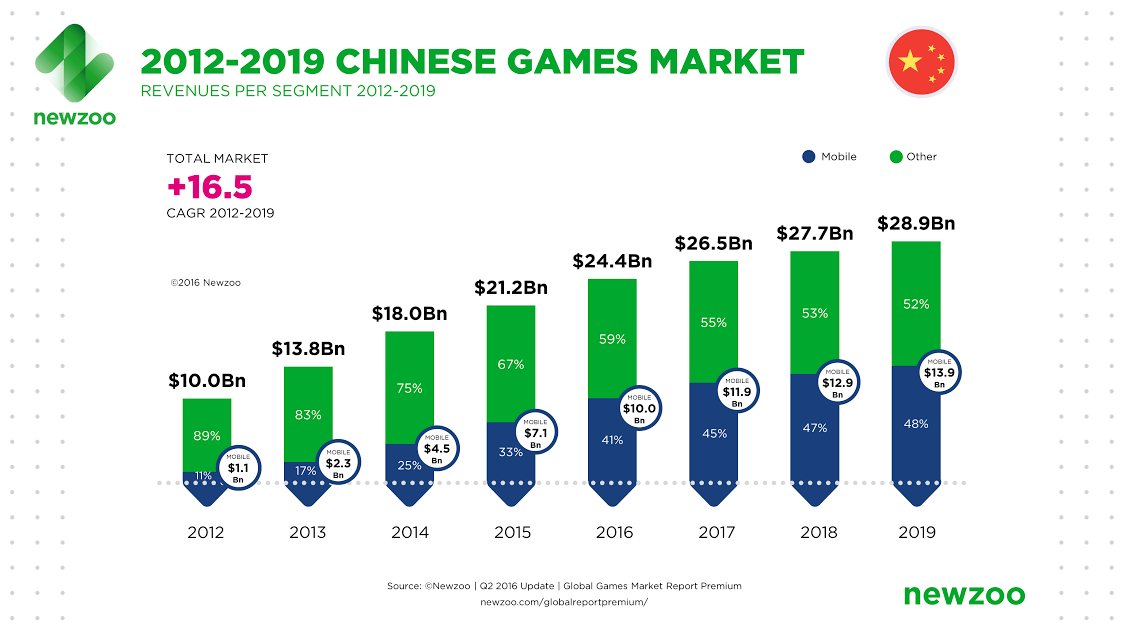 Above: Newzoo’s outlook on China.

Newzoo also expects revenues from virtual reality to be marginal this year. VR is an emerging market, with commercial products like Oculus Rift and the HTC Vive only recently becoming available (and in limited quantities).

“As the uptake of VR hardware plays out, game software revenues will automatically be absorbed into current PC, TV/console and mobile revenues,” Newzoo notes. “VR and AR will in the long-term change how consumers communicate with each other and interact with content. In the short to medium term, Newzoo expects the lion’s share of VR revenues to be generated by hardware sales, spectator content, and live viewing formats.”