We know that with the recent arrival of modern virtual reality devices like the Oculus Rift and HTC Vive, developers are changing the way in which we interact and immerse ourselves within virtual worlds.

However, when functional mainstream VR first emerged in the early 90s, the visual fidelity of the images was poor.  The processing power driving the experience was inadequate and the magnetic head-tracking was lacking — and lagging — way behind what was required for a convincingly immersive experience.

Fast-forward to 2016 and a whole new power paradigm is needed. Working together with VR hardware manufacturers of the Oculus Rift and HTC Vive, NVIDIA GeForce is helping drive modern VR experiences by providing the technology and GPU hardware needed to deliver the performance and low-latency virtual reality demands.

HD displays have solved the problems associated with visual fidelity. High-end GPUs provide graphical processing power that is more than up to the job of delivering realistic 3D stereoscopic environments directly into a viewer’s retinas.

Crucially, where once technology was trailing behind biology, this is becoming less of a hurdle. In order to provide a solid VR experience without resulting in discomfort, the tech needs to track a player’s vision within milliseconds. If you move your head and the scenery takes some time to catch up, it results in a feeling of sickness. But modern low-latency VR headsets address that issue, greatly minimizing that delay. 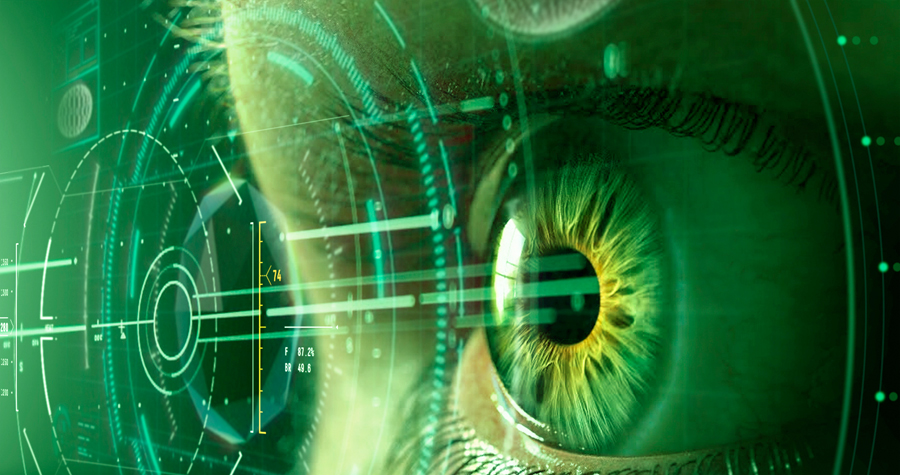 NVIDIA GeForce is continuing to engage with hardware partners, software developers, and creatives, establishing a community of visionaries determined to make the dream of virtual reality an actual reality.

VRWorks, NVIDIA’s vast suite of APIs, are driving developers’ exploration into the next generation of gaming and visual media. As an illustration, it’s worth noting that when it comes to gaming, the VR image, by its nature, is warped in order to fit the player’s field of view. NVIDIA’s Multi-Res Shading technology renders each part of the image to match the pixel density of the warped image. In simple terms, what you see is what you get, and everything in your peripheral vision takes second place, just as it would in the real world.

Use cases: Gaming and beyond

It’s indicative of the power of VR that it’s not just gaming that will benefit from the technology. Entertainment, science, medicine, and any number of other industries are already using VR as a useful tool in the delivery of their products and services. Here are several key examples of the way in which VR is bringing us exciting and important new experiences. 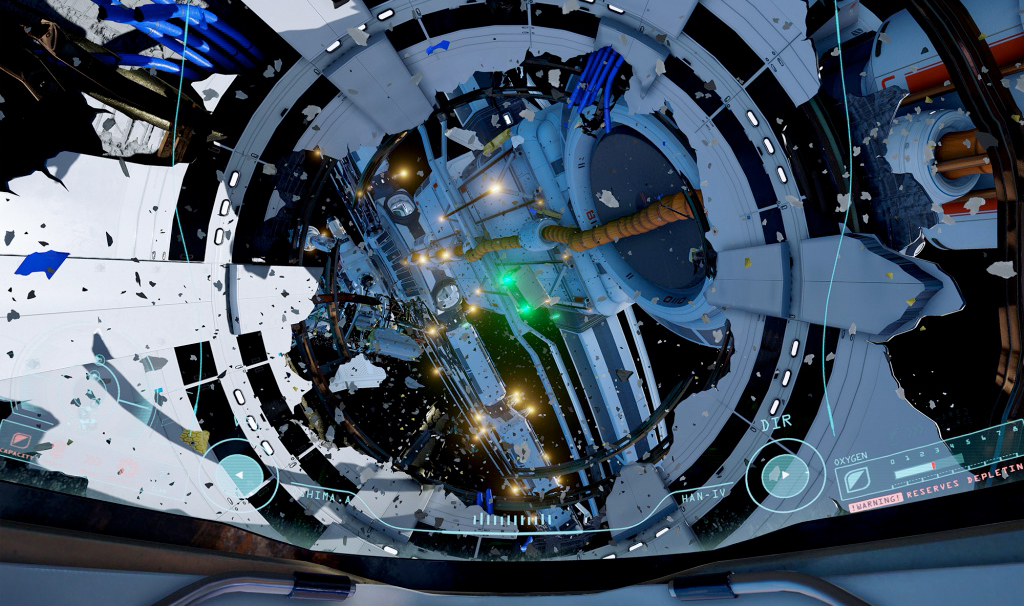 This tale of space-based disaster is one of the most exciting launch titles for the Oculus Rift virtual reality headset. In ADR1FT, Commander Alex Oshima regains consciousness to find herself floating among the ruins of a space station with no memory of how she got there. Her space suit is also leaking oxygen so she must survive by finding additional oxygen supplies and ultimately find a way of getting home.

The game is played through the eyes of the protagonist but the developers are keen to point out that this is not a first-person shooter, but what they call a “first-person experience” as there’s no shooting involved. The only enemy in this game is the harsh environment that is space. Over the course of the game Oshima is required to stay alive, solve puzzles and unearth clues that give her some insight into the reasons for the disaster and the part she played in it.

Space is perhaps the perfect setting in which to experience VR for the first time. The ability to float around and view your environment from all angles is clearly a good fit for the technology. But don’t expect a blissful chilled out experience. This is an incredibly tense game in which you are fighting for your survival at all times.

ADR1FT manages to be both beautiful and harrowing at the same time and the fact that one of the first and best VR experiences is a non-violent and narrative-driven affair with added depth-perception bodes well for the creative future of the VR platform. 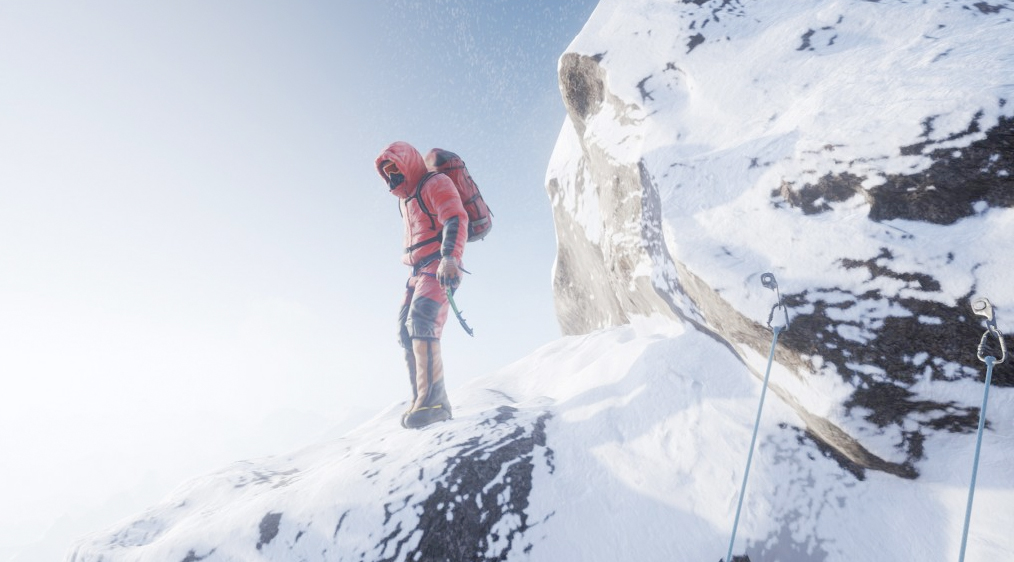 As well as games, VR is providing the opportunity for users to engage in experiences that would otherwise be beyond their reach. For example, most of us won’t actually get to reach the summit of the world’s highest mountain at any point in our lifetime but thanks to a collaboration between NVIDIA, movie special effects studio RVX, and development company Sólfar Studios, anyone with a HTC Vive VR kit can do just that.

Everest VR allows players to participate in key stages of an ascent of Mount Everest such as base camp, the Lohtse Face and the summit itself. While these sections are interactive, it’s not so much a game as an opportunity to experience the thrill of the climb in a 3D environment that is more than just a simulation, but a faithful recreation of one of the world’s harshest environments.

Creating the mountain was a hugely complex task involving the stitching together of over 300,000 digital images of the landscape using a technique called photogrammetry. Once done, a 3D point cloud was created and then tessellated to create the surface geometry of the formerly flat images. The huge hunk of rock was then modeled in full 3D in Unreal Engine 4 and the developers then went in and painstakingly touched up the textures and corrected flaws to create the finished article. Sólfar Studios also utilized NVIDIA Turbulence to bring dynamic and authentic snowstorms and winter effects to Everest VR.

The results are astonishing, placing the player in an incredibly detailed and authentic recreation of one of nature’s greatest wonders. The only thing missing is the biting cold and ever-present threat of death.

If you’re a follower of news in all things tech-related you might already be aware that VR is being used in various fields of medicine. One of the obvious benefits is that it allows people with disabilities to experience things that would otherwise be unachievable.

However, it’s also being adopted as a useful tool in the field of surgery. Surgical Theater is a company utilizing virtual reality to aid them in complex medical procedures. The system combines CT and MRI scans and then utilizes the power of NVIDIA GeForce GTX GPUs to create a fly-through of a patient’s anatomy and better understand the problems facing the patient before making even a single incision. In addition, being able to scan and record procedures is proving hugely beneficial in enabling trainee surgeons to perform complex procedures without the risk of having to do so on a live patient.

As more developers look to leverage modern virtual reality technology, VR will continue to impact our lives in exciting new ways. If you’d like to experience virtual reality for yourself, NVIDIA’s joint programs with both HTC Vive and Oculus Rift provide you with everything you need know to take part in VR.

If you already own a PC, you can check to see if it meets the minimum requirements to be VR ready. Often times, all you will need to get the performance and visual fidelity VR demands is upgrading to a newer GPU such as NVIDIA’s GeForce GTX 970 or higher.