TreasureHunt, a Berlin-based game developer, is hoping to level up casual mobile games with the launch of its Bomberman-like Boomie Blast title on iOS today.

If the game takes off, TreasureHunt can grab a nice niche in the $34 billion mobile games market.

“A lot of the hits are mid-core or hardcore games in the top-grossing games,” said Ville Mikkola, chief marketing officer at TreasureHunt, in an interview with GamesBeat at the Quo Vadis game event in Berlin. “But the top downloads are dominated by casual games. If we can bring the high production values to the free-to-play casual space, for all audiences, we think there’s a big opportunity. We want to build this game to be a ‘mobile first’ brand.”

The first game from TreasureHunt has been in testing for a while, and now it has launched globally on the App Store, optimized for the newest generation of iPhone and iPad devices. TreasureHunt initially raised seed round of € 500,000 ($560,000) to build the team and the game. In the fall of 2015 they raised an undisclosed multiple million dollar round from investors to bring Boomie Blast to market globally. The company is one of a number of German game studios to set up shop in Berlin, which has become a startup hub for Europe.

The company uses a proprietary level editor to make the grid-based game, which has a sort of Bomberman art style. TreasureHunt put its focus on character design and worlds. 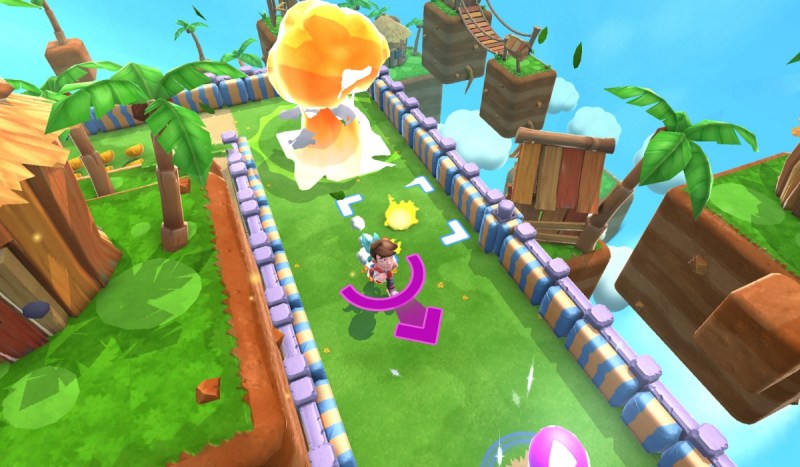 “The mission is to bridge big entertainment games with the mass appeal free to play,” says Kyle Smith, cofounder and CEO of TreasureHunt, in a statement. “That means characters I want to play, worlds I want to explore. We want to deliver the value proposition and experience you would usually get in 70 bucks console titles, but on mobile — and in free to play.”

The game has a simple mechanic of “swipe to turn.” And when you turn, you drop a “blast,” or a little bomb that destroys nearby enemies. You play as Vic, who has arrived in the Skylands, where the Evil Mole Empire has taken over and stolen all the Boomie eggs. You’re partnered with your furry but explosive Boomie sidekick, Flint, on his mission to save the Boomies from the Evil Mole Empire. Your Boomie spits out fireballs that take out the enemies.

“Dropping bombs when you turn makes it a lot of fun,” Mikkola said. “We try to combine the familiar with the fun.”

TreasureHunt has been quietly building their team and Boomie Blast game for nearly the last two years. The team by now consists of 20 people, with talent from successful entertainment companies including EA, King, Zynga, Rovio, Kabam, Codemasters, WETA Digital, and GoodGame Studios. The company is in the midst of raising millions of dollars in additional money. 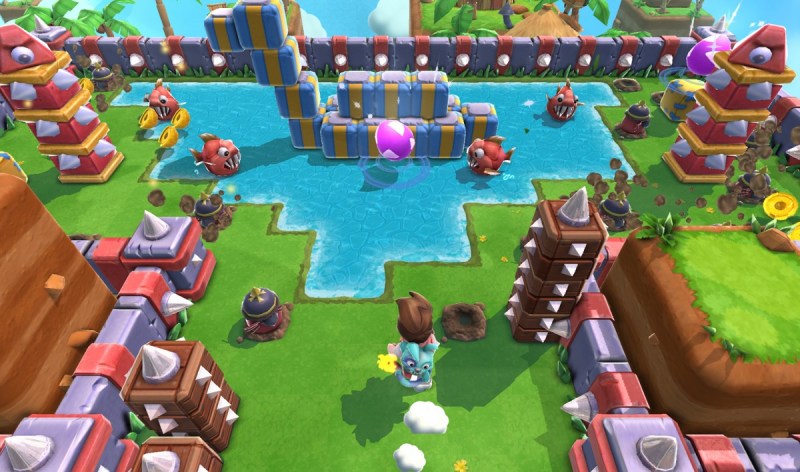 The organizers of Quo Vadis paid my way to Berlin. Our coverage remains objective.