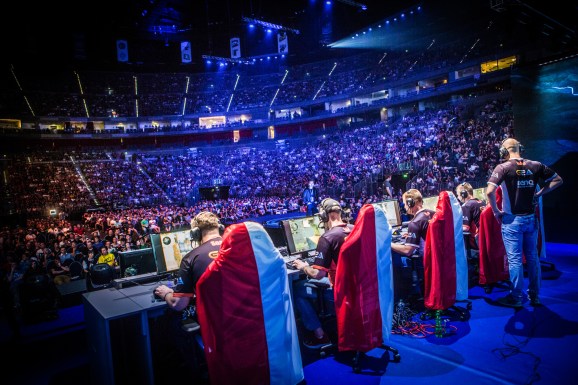 ESL is huge and growing.

One of esports’ biggest organizations doesn’t want to ban one of its rising teams, but it says it doesn’t have much of a choice due to its partners and legislation.

The ESL — sometimes known as the Electronic Sports League — says it is not trying to cut ties with adult-film website YouPorn’s esports squad Team YP despite repeatedly telling the group it would not change its rules against “mature” sponsors. ESL also says it is still working on a way to possibly reinstate the team. Meanwhile, critics of ESL’s decision are taking to forums to point out that the organizer has not taken similar steps against gambling sponsors like AlphaDraft, which backs Counter-Strike: Global Offensive teams like Fnatic. Esports is going to generate $463 million in revenue this year and $1.1 billion by 2019, according to intelligence firm Newzoo. And with that kind of money on the line, it’s not surprising that a company like ESL would start making more conservative decisions.

An ESL spokesperson provided GamesBeat with the following statement in response to our report:

“Advertising pornography is not legal in the markets we operate in, and the vast majority of partners we’re working with have strict ‘no drugs, no alcohol, no pornography’ rules that we’ve contractually taken on board. These aren’t new rules but ones that have been in our rulebooks for a long time. We have spoken to Team YP manager earlier this year, and in that conversation we’ve explained the situation and rules in detail and offered to look for potential alternatives in a bigger group. At the same time, we’re consulting with our legal teams about this. We will inform the team and the management as soon as we have any updates.”

We’ve asked Team YP for a comment regarding ESL’s statement, and we’ll update this post with any new information.

Finally, while ESL says it is consulting its legal team, this probably doesn’t give Team YP much hope. In an email thread between ESL and Team YP from March, the esports league already said that its lawyers see “no way to change the policy for the time being.” Even when Team YP offered to completely rebrand without using the “YP” letters, ESL still said that it wouldn’t let the group in under the current rules.

We’ve asked ESL if anything has changed with these rules that may result in a reversal of Team YP’s current status.