Today’s leading athletic footwear companies — including Nike, Adidas, Under Armour, and New Balance — have come to rely on 3D printing to speed up the process of designing and prototyping new shoe designs. Moreover, these companies have been slowly revealing plans for using 3D printing beyond prototyping to print the finished shoes themselves. At the Boston Marathon this week, both New Balance and Under Armour released their first 3D printed shoes, and things seem to be moving fast. Here’s a quick breakdown of who’s in the race and why it matters.

Although Nike introduced a limited run of selective laser sintered (SLS) 3D printed plates for its Vapor Laser Talon football cleat in 2013 – an industry first – the Oregon company has remained relatively mum regarding details of how 3D printing could be used in future footwear designs. That said, it has been very outspoken about its faith in additive manufacturing technologies and is even building a 125,000-square-foot “Advanced Product Creation Center.” In October of 2015, COO Eric Sprunk publicly said he thinks a future where “consumers can manufacture their own Nike products at home or in-store is not that far away.” 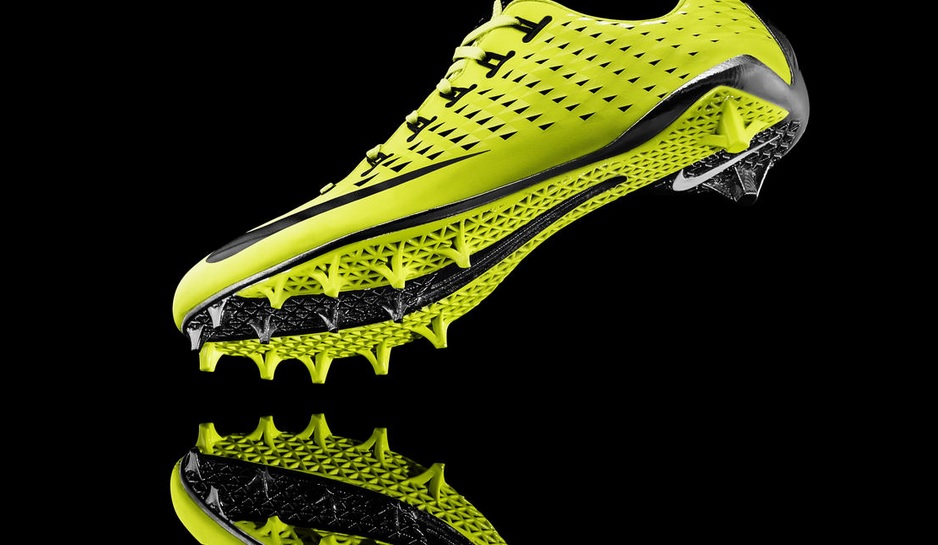 For its Futurecraft series, Adidas has been teasing viewers with a series of some amazing YouTube videos, launched in October 2015, that touch on how a 3D printed shoe could be made. As the second-largest footwear company, Adidas has been putting significant effort into publicly announcing its interest in producing 3D printed shoes, yet it remains to be seen if and when Adidas actually plans to release. 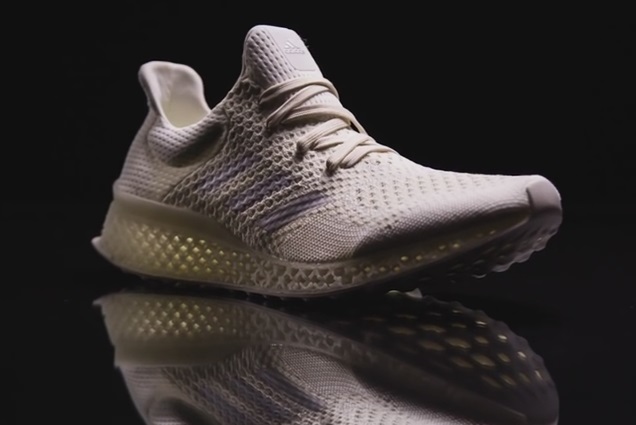 New Balance has been making more significant strides towards bringing a full 3D printed midsole to market than both Nike and Adidas. Through a collaboration with Nervous System and 3D Systems, the company launched its first shoes featuring 3D printed midsoles at the Boston Marathon. The midsoles, made from a newly developed elastomeric powder, reportedly allow the shoes to achieve an optimal balance of flexibility, strength, weight, and durability. Time for consumers to try for themselves. 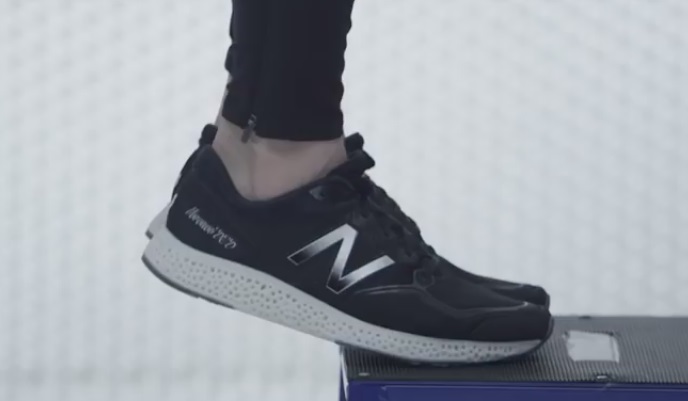 As the youngest and most nimble company in the group, Under Armour’s recently-announced UA Architech is the first shoe to actually make it to the market (see image at top of story). However, only 96 (the company was founded in 1996) of the $300 models are being made, which means that despite this being the first 3D printed shoe to make it into the retail environment, it is still far from being the first 3D printed shoe that will be accessible to the masses.

One of the more technical questions in the race for the first 3D printed shoe is a matter of definition: What is a 3D printed shoe? Is it simply a single prototype proof, or is it a product that comes with a completely revamped brand and a revolutionary supply chain? Does it qualify as a 3D printed shoe if it’s only a small component of the midsole, or does the full shoe have to be 3D printed?

Still, these companies are at the verge of creating a whole new category of mass-customized products using 3D printing. With a quick 3D scan of a foot, it will be possible to customize not only color but also form – based on the exact anatomical shape of a foot. The benefits here could not only lead to athletic gains for competitive athletes but could also help consumers with health problems and could simply deliver a new level of ‘style.’

Because modern 3D printers can be stored within an average retail environment, or even at home, custom shoes can be printed almost exactly at the point of purchase, completely disrupting the existing supply chain. All of a sudden, we’re going from a manufacturing model that produces a lot of the same product at some remote place and ships it to a location in hopes of a sale, to a manufacturing model that makes the sale digitally, produces only what is needed, on demand and locally, while delivering within 24 hours.

The result will be custom-tailored shoes specific to an individual’s need, creating a whole new powerful product category for shoes — not unlike how men have had their suits custom-tailored by hand for centuries. Footwear companies could automate their production locally, saving on (possibly unethical) labor in low-wage countries, reducing shipping to a minimum, and bypassing risk of upfront production and waste.

With such clear benefits, it’s not too far-fetched of a concept to think that athletic footwear might be the killer application for 3D printing that a lot of people seem to be looking for.

Filemon Schoffer is Head of Community at 3D Hubs, a network of local 3D printing services.