David Helgason, cofounder of Unity Technologies, and Tim Sweeney, CEO of Epic Games, are rivals in the game engine business. But they have similar views when it comes to openness of game platforms.

Sweeney blasted Microsoft for moving to make Windows 10 into a closed ecosystem. But Microsoft said it had no such plans, and said it is committed to keeping the PC open. A few game developers came out on Sweeney’s side, but the conversation has stalled as neither side completely trusts the other. Quite a few companies, including Unity Technologies, declined to comment.

But I interviewed Helgason at the Quo Vadis game developer conference in Berlin last week, and he wasn’t so shy about it. In short, he believes in open source, but he’s not so sure there’s cause for alarm yet.

Here’s an edited transcript of our conversation. See part one of our interview here. (Sweeney and Unity CEO John Riccitiello are both speaking at our GamesBeat Summit conference on May 3-4 in Sausalito, Calif.).

Disclosure: The organizers of Quo Vadis paid my way to Berlin. Our coverage remains objective. 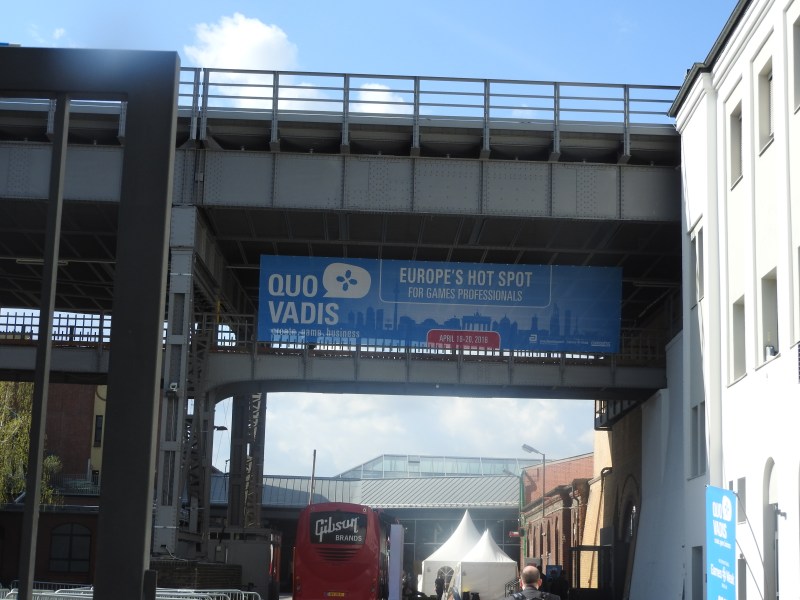 Above: Quo Vadis is at Station Berlin

Question: What do you think of open source?

Helgason: We’ve already open-sourced small pieces of Unity, and we’ll open-source more pieces. There are strong reasons why to be closed with consoles and so on. In a way, the fact that we don’t do it has always given us a very strong discipline. We have to make things either flexible or stable or both, which has not always been the case, but we try harder than anybody else. We’re definitely getting there. This year you’ll see a pretty big movement.

GamesBeat: That reminds me of another “no comment” I needed to get out of you. Tim Sweeney started a big fight with Microsoft over the openness of Windows 10, and whether all the developments around Windows 10 are leading toward an app store that will be a closed ecosystem. Are you worried about the same thing?

Helgason: I can give you more than no comment on that. I respect Tim hugely. He’s a very clever man. I met him for the first time at GDC this year and we had a very nice chat. We share a lot of perspectives. I understand the fear of the closed ecosystems, but I have to say that the closed ecosystems have been very good to us — us as a game industry, I mean.

GamesBeat: You look at Apple or Google to a lesser extent.

Helgason: No, to a large extent. While it is frustrating to give 30 percent or whatever of your revenue, these ecosystems provide a very stable, very robust environment. They provide their own discovery to some level, imperfect as it may be. I don’t know. There used to be this big fight between closed and open. To my mind it’s resolving itself peacefully.

GamesBeat: Microsoft is making a lot more things open than it once did?

Helgason: By the way, I don’t know Microsoft’s road map. I know they have something that is closed-ish.

GamesBeat: The problem may be that Apple has shown them the way, how to run your own ecosystem without pissing everybody off. They’re doing it in a very successful way.

GamesBeat: In some ways Unity serves a purpose here. In another world without Unity, there would be no way to move easily between platforms.

Helgason: We definitely see ourselves having a big mission as far as leveling the playing field, creating a flexibility between platforms. We keep doing that. We recently launched the Unity in-app purchasing system, where if you code against this one API, your game can work with 14 or 15 store backends. It removes another layer of boring porting and figuring stuff out when you move from platform to platform.

GamesBeat: Do you have any interesting discussions about being closed versus being open within Unity?

Helgason: No. Unity’s an open platform insofar as people can integrate their own services. We don’t limit what people can build on top of Unity. We’re largely open and focused on open APIs. We’re not open source, although we do license our source code to people who need it. I think we have a pretty good balance. The overall open-versus-closed ecosystem question, like I said, is resolving itself across all of computing in a fairly peaceful manner.

GamesBeat: I do think the industry benefits from having this discussion right now. I’ve gotten “no comments” from a lot of big players who seem to just want to stay out of it for now. 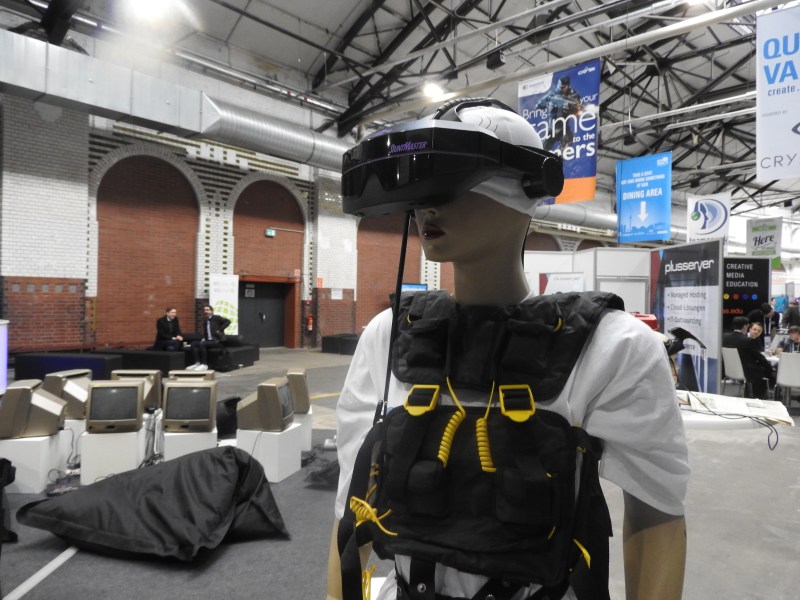 Above: VR on display at Quo Vadis.