Whispers of the Old Gods is finally here, and Hearthstone will never be the same.

The newest expansion for Blizzard’s money-making digital card game is available now for PC, iOS, and Android. It adds 134 cards, which will give players (the publisher announced it had 50 million registered earlier today) a lot of to work with as they develop strategies and try new spell/minion combinations. The digital card game market is worth $1.2 billion, and Hearthstone easily leads the field. Joost van Dreunen, analyst at market research firm SuperData Research, told GamesBeat that Hearthstone makes $20 million a month. Expansions like this keep players engaged and spending money on new content.

I spent few hours with a bunch of the new cards. While it’s difficult to peg an expansion’s worth until a couple of months of play, I already have some key takeaways.

Blizzard’s initial Standard mode announcement left me angry, because I didn’t like that my cards from the Goblins vs. Gnomes set were about to become useless. I thought that I might stick with Wild mode, which permits every cards.

It’s refreshing to see a lot of the overplayed cards like Haunted Creeper, Piloted Shredder, and Dr. Boom gone. It forces players, including me, to think of new strategies and consider different cards. Surprisingly, taking away cards has done just as much to make Hearthstone feel fresh as adding them. 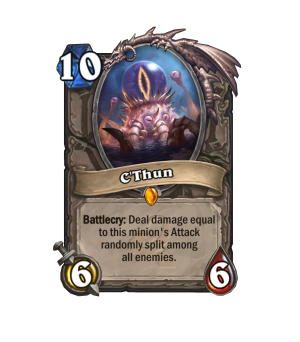 Above: “My dream ends — your nightmare begins.”

I’m not sold on C’Thun

You get C’Thun for free just for logging in, and many of the cards in Whispers of the Old Gods exist largely to make him more powerful. I’m not convinced he’s worth playing yet. If you want to run C’Thun, you need to build your entire deck around him — so much so that it’ll be hard to win unless the following happens: You play a lot of C’Thun followers, you don’t die before turn 10, and you draw C’Thun before turn 10.

And even if you do draw C’Thun, it’s not a sure victory. I’ve only had him played against me once, but I had enough minions on my board to soak up his damage. I also had couple of spells that killed the Old God on my next turn. Once C’Thun was done, my opponent didn’t stand a chance.

Now, people might figure out how to make C’Thun work like magic, and I could be eating my C’Thun-hating words in a month. Right now, I don’t feel compelled to play him.

The Grand Tournament won’t have a resurgence

With all of those Goblins vs. Gnomes and Naxxramas cards going away, some thought that minions and spells from The Grand Tournament might finally see more play. When that expansion first came out, few of its cards made an impact on Hearthstone’s competitive scene. The two new mechanics it introduced, Inspire (which activates a card’s ability after you use your Hero Power) and Joust (which could trigger an affect if you drew a card that had a higher mana cost than your opponent’s), just weren’t powerful or reliable.

So far, it looks like a lot of those Grand Tournament cards are going to say buried in people’s collections.

Players are using new minions and spells from Whispers of the Old Gods to replace the holes left by Piloted Shredder and others. It made me realize that years from now, we’ll probably look back on The Grand Tournament as one of Hearthstone’s weakest expansions. 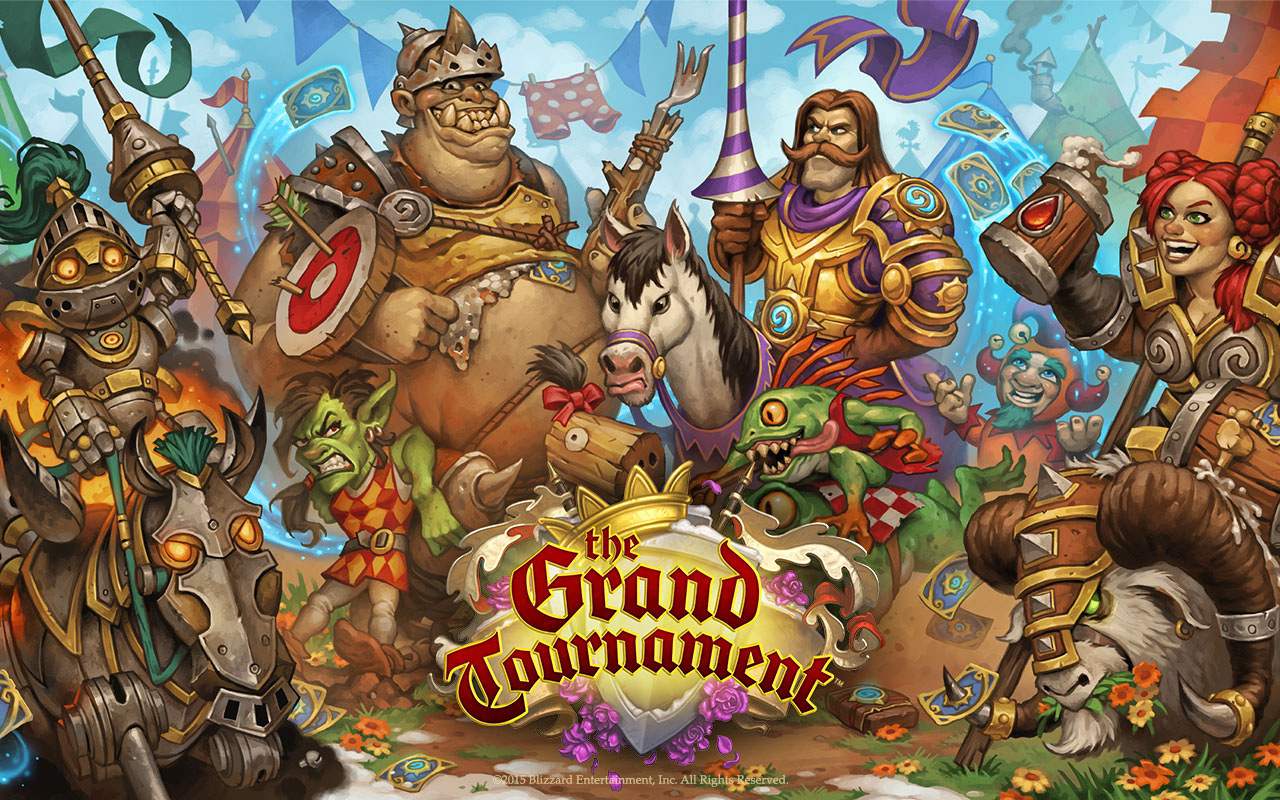 Above: Sorry, all you mount-riding dudes.

Princess Huhuran was the first Legendary I earned from Whispers of the Old Gods. Since she triggers a friendly minion’s Deathrattle effect, I figured I would make a Hunter deck built around her. I used the Arcane Dust I had to craft another new Legendary, N’Zoth, who summons every one of your dead Deathrattle cards onto your board.

I’m having a blast with this deck. It’s given me an excuse to bring back some of my favorite cards, like Cairne Bloodhoof, and playing N’Zoth late in the game and stacking my board feels euphoric. I don’t know if Deathrattle Hunter will stay competitive in the meta, but I’m praying that it does.