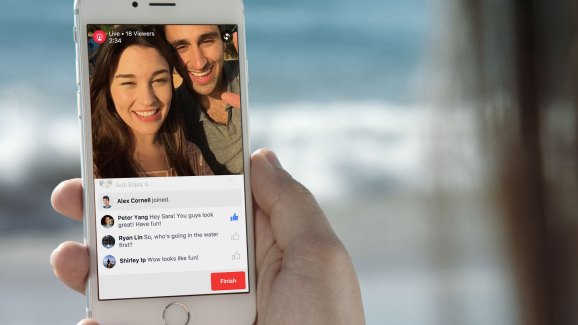 Facebook has big ambitions for the use of video across its social network. CEO Mark Zuckerberg revealed that he wants to pursue interactive video formats beyond what Facebook currently offers through its livestreaming and 360-degree videos.

On a call to discuss the company’s first quarter earnings, Zuckerberg declared that we’re in the “golden age of video” and said that this medium is a perfect way to allow people to interact, which is a core part of Facebook’s long-term vision. And while some may think that the social networking company has no business in the real-time conversation space, Zuckerberg isn’t worried. He believes there’s room for many products and companies. “We’re very excited about continuing to do our work to unlock the express and connection that people want to do,” he said.

There’s so much that people want to express and share with people around them, that they don’t have the tools to do today. I think that’s a huge opportunity…In video, there are billions and billions of videos that are viewed every day on Facebook, Live is a very small part of it. The reason why we’re giving a disproportionate attention to it is because we’re trying to help push forward new formats that are not about consuming content but really about interacting: Live, 360 video, and there will be others in the future…I do think that multiple products and companies can succeed in these things.

Zuckerberg may have shrugged off the notion of network effect to determine a market leader in live video, but if you look at third-party services like Meerkat, the evidence may prove otherwise, especially after its access to Twitter’s API was severed in favor of Periscope.

Other “interactive” formats Facebook could be alluding to may involve virtual reality technology beyond what’s available through 360-degree video. One thing that could play a part is Facebook’s Surround 360 camera, which was unveiled at this year’s F8 developer conference and is designed to create more immersive and detailed videos. The company has open-sourced the device’s specifications and design to encourage other companies to build this out — Facebook isn’t getting into the hardware business.

And while more interactive videos may make things engaging for the end user, it also opens up opportunities for brands to be more creative in their advertising efforts.

Facebook hasn’t provided any other specifics beyond  stating that it’s looking at new opportunities.