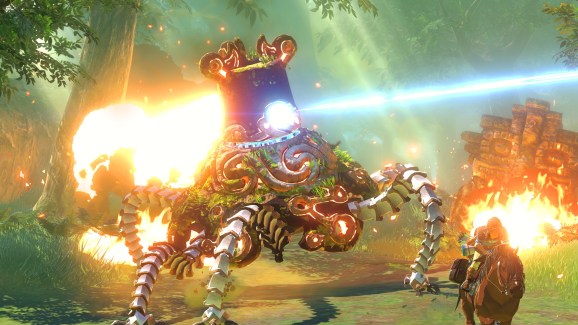 The Legend of Zelda is still a Wii U game, but it's also coming to Switch.

The Legend of Zelda is now coming in 2017, according to Nintendo.

The publisher released a schedule of its upcoming games to its investors, and it shows that the anticipated Wii U entry in the franchise is now not due until 2017. Previously, the company had said it would launch the new Zelda in 2016, after delaying its scheduled 2015 release. This final push is an effort to increase quality — although Nintendo is also likely holding the game back for the launch of its dedicated NX gaming hardware, which is launching in March.

In a tweet, Nintendo confirmed the delay and noted that it is bringing a version of the The Legend of Zelda to the NX. This is something that fans and analysts have long speculated was a possibility.

The new Legend of #Zelda will be the focus of #E3 2016. It will launch simultaneously on both Wii U and NX in 2017 pic.twitter.com/icfBlybnkm

Nintendo announced this Zelda way back in 2013. Ever since, it has only shown snippets of gameplay that reveal what looks like an open-world experience. We know almost nothing else about the release, and the company has not even given us the official name of the project.

But the company is finally preparing to fully unveil the new Zelda. At the upcoming Electronic Entertainment Expo trade show in June, Nintendo will focus primarily on Zelda. The company doesn’t even plan to show off the NX during this event, which seems odd considering Zelda is due out for the system and would theoretically look even better running on more powerful hardware.

This E3 is going to be strange.