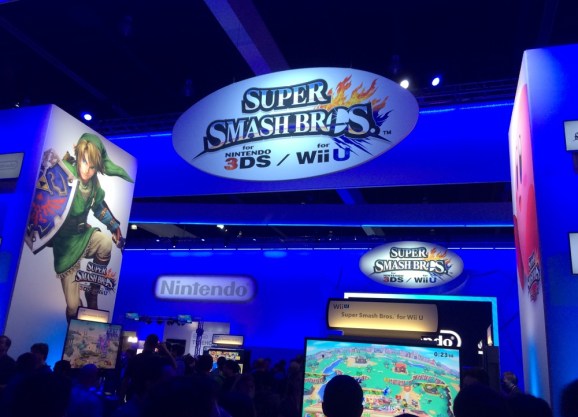 Nintendo’s approach to the Electronic Entertainment Expo trade show this year is … different.

The publisher revealed that it will have only one playable game at E3 2016, and that is the Wii U version of The Legend of Zelda. Nintendo says that it wants to provide attendees “complete immersion” with Zelda, and that’s why it will have nothing else for the Wii U or the 3DS on the show floor. But this is a bit strange considering that Nintendo is also planning to launch the followup to the Wii U, the NX project, in March. And it’s even crazier that Nintendo announced that it is delaying Zelda because it is bringing a version to the NX.

Here’s the full statement from Nintendo:

“Nintendo changes its approach to the [E3] show every year. This June, Nintendo will focus its attention on the upcoming game in The Legend of Zelda series. The Wii U version of the game will be playable for the first time on the E3 show floor, and it will be the only playable game Nintendo presents at the show in order to provide attendees a complete immersion. Additional information about Nintendo’s E3 plans will be announced in the future.”

While Zelda is a huge release for Nintendo, this feels like a great way to taint its big reveal. While I’m looking forward to finally trying it out at E3, I’m going to spend most of my time trying to track down someone from Nintendo to ask about the NX version. Presumably, that version should look better, and it may even work with this mysterious new system’s special features. That’s the Zelda I think most people want to know about.

I’m sure we can expect to learn all about the NX and Zelda for the NX before the end of this year, but that doesn’t make Nintendo’s E3 strategy any easier to understand.