Samsung’s best pitch to mobile software developers today has to do with numbers. Those who develop for Samsung will have access to 7.7 billion phones, 3.4 billion smartphones, and 5 billion connected devices. That means the South Korean company, which is pitching developers in San Francisco today, has a bigger reach for developers than rival Apple.

And it hopes to build on that advantage in a market where Apple doesn’t play: the Internet of Things, or making everyday devices smart and connected. Samsung wants to enable commerce across these devices through technologies such as Samsung Pay, a rival to Apple Pay that lets you pay for something with a simple swipe.

“For the first time in history, there are more connected devices than there are people,” said D.J. Koh, president of Samsung’s mobile communications business. 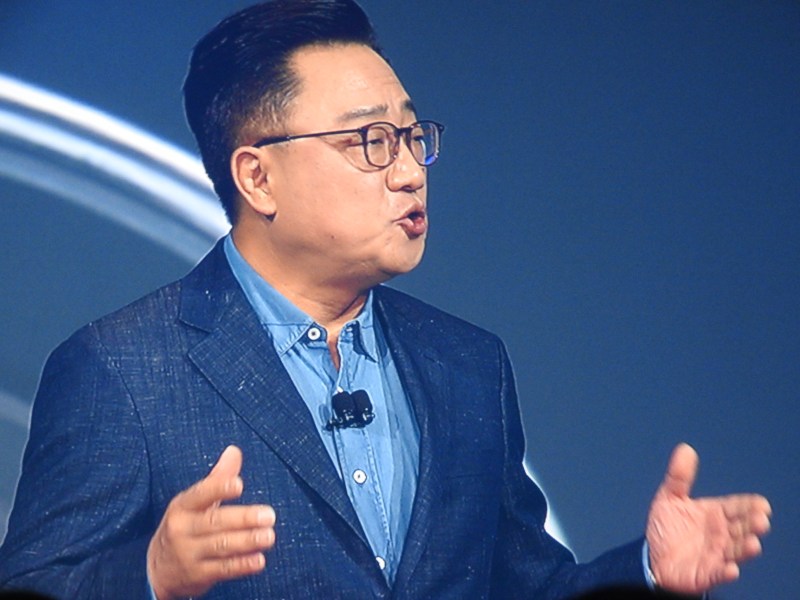 Above: D.J. Koh of Samsung

Android has 80 percent of the global smartphone market, and it has 3.6 million developers, said Injong Rhee, executive vice president of research and development for software and services at Samsung. Samsung’s has the leading share of the Android market. It’s trying to widen this lead on Apple by coming up with new innovations in its ecosystem that go beyond mimicking its rivals.

By 2020, there will be 21 billion connected devices, Koh said, speaking to 4,000 developers and press at the company’s Samsung Developer Conference at the Moscone West convention center in San Francisco today. Of course, a lot of the audience for the Internet of Things and Android is fragmented now across a lot of devices and manufacturers. 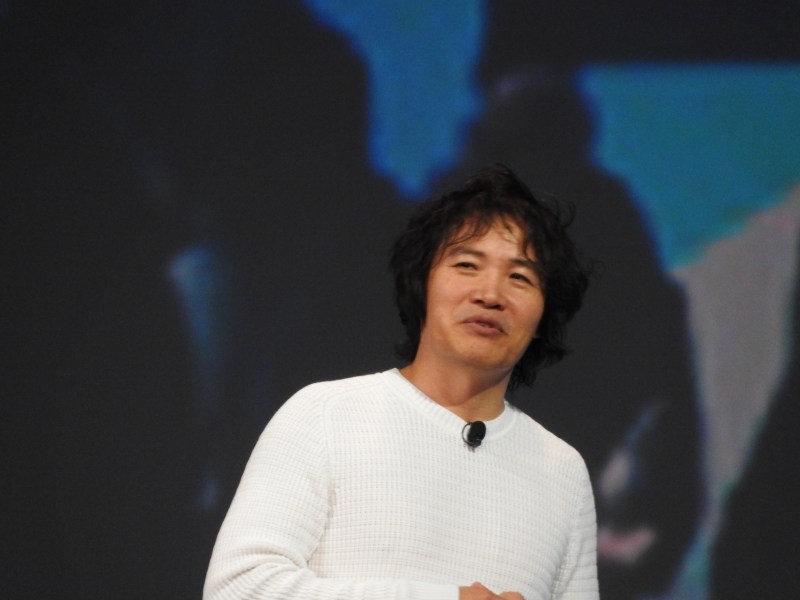 He said that those who support Samsung will find opportunities to innovate in an open ecosystem, and he said he will listen to what developers have to say.

“The phone is a gateway to new connected experiences,” Koh said. “All of you are key. I know software takes time. I know the purity of engineering. I meet with developers. I listen. I provide the structure they need.”

But Rhee said that Samsung isn’t just about making hardware. It is creating a full stack of software and services on top of its hardware.

“We can develop a tight coupling of hardware and software, with very strong security guarantees,” Rhee said. “This takes a lot of academic rigor and discipline to prove and implement. … Software plays a key role in everything we do. We are lowering the barrier to entry in this industry and making it possible for you to compete on a global scale.”

Samsung Pay is an example of how the company hopes to grease the skids for app developers to make money, Rhee said. Samsung Pay works with both MST and NFC technologies. 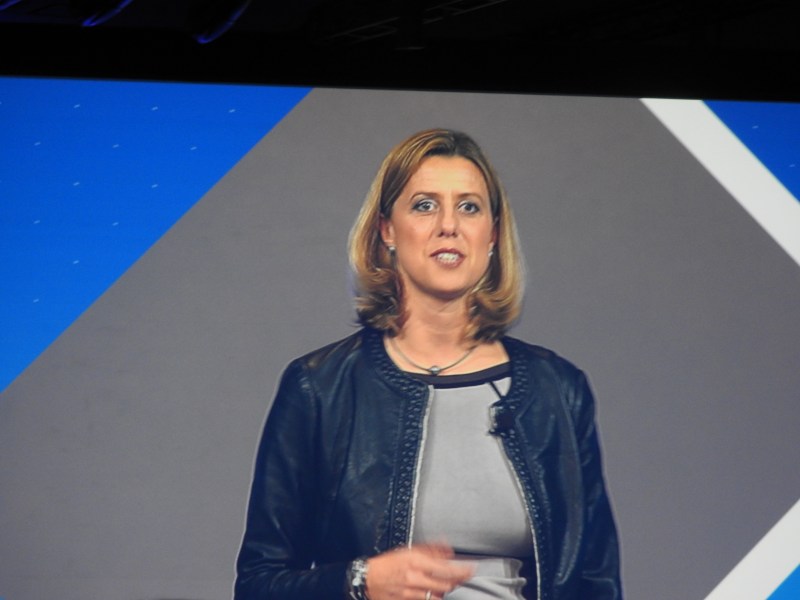 Above: Nathalie Oestmann of Samsung Pay at SDC.

Samsung Knox is a security platform that is built into hardware, with hardware encryption, embedded secure elements, and other advanced security features. Samsung Pay, health, auto, and other features sit on top of this infrastructure, and they create trust for developers and consumers, Rhee said.

Samsung will build its Internet of Things strategy on top of its Tizen operating system. Samsung aims to create a security layer that enables safe connection of a variety of devices.

Nathalie Oestmann, director of Samsung Pay, said that Samsung Knox stores your data in a safe place, backed up by tokenization and biometric fingerprint identification. It works with ordinary mag-stripe readers. Samsung Pay launched in China a month ago, in South Korea in August 2015, and in the U.S. in September 2015.

“In 2016, we’ll expand our footprint” to a half-dozen more countries, Oestmann said.

Samsung also created its Samsung Connect Auto platform to bring cars online. It estimates the car market will grow from 900 million cars now to 1.4 billion by 2020, and it wants those cars to be connected. It created a module with GPS, Wi-Fi, and other features. Developers can create apps for the car platform. The company is launching the Samsung Connect Auto platform later this year, and it is recruiting developers to its ecosystem now.

Ricky Choi, head of medical devices for Samsung Health, also talked about the company’s Samsung Health platform. It is creating wearables, devices, and apps to make health tracking easier on smartphones. Samsung Health has 150 million users across 130 countries, according to Choi.