Call it “Twitch for virtual reality,” except it’s not being done by Twitch. Seattle startup Vreal is announcing it has created a livestreaming platform for VR games.

The company wants to make VR — which is often criticized as an isolating technology — into a more social experience by enabling people to watch others playing in VR. If it works, it could become a key part of the VR ecosystem, which is expected to become a $30 billion market by 2020.

“When the Oculus Rift was first Kickstarted, everybody thought it would be a socially isolating thing,” said Todd Hooper, founder and CEO of Vreal. “I actually think that you can have social experiences in VR that are far more social than regular gameplay. If you can go to a virtual world with someone else, it is very social. I’m exciting about getting out and showing people.”

Vreal has raised a seed round of $3.3 million from Upfront Ventures, Vulcan Capital, Presence Capital, IT Farm, Dawn Patrol Ventures, and angel investors.

Peter Warman, CEO of market analyst Newzoo, said in a statement, “The convergence of games and video on a global scale is transforming games into all-around entertainment franchises. VR is changing how consumers communicate with each other and interact with content. We expect the lion’s share of VR revenues to be generated by hardware sales, spectator content, and live viewing formats.” 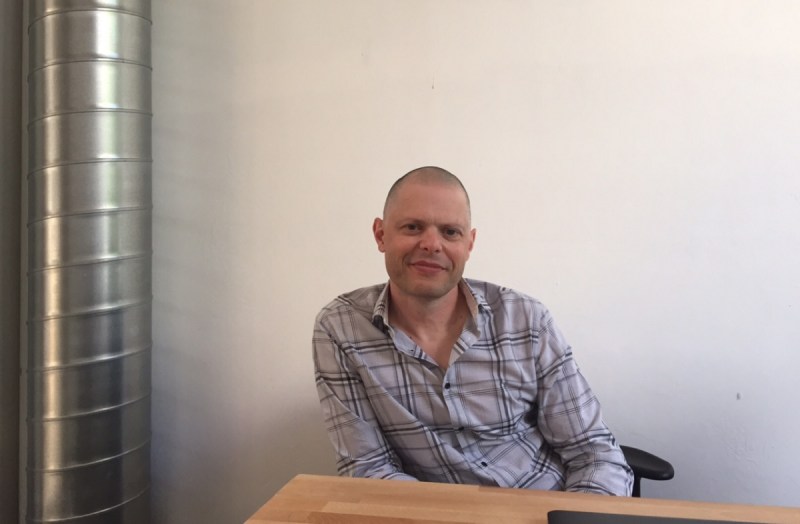 Vreal is trying to overcome all of the bad ways to livestream a VR app. For instance, if someone were to simply walk around with a 360-degree camera and capture everything around them, the audience watching it would probably get dizzy because of the camera operator’s head movements, Hooper said. If you have someone going around with a camera with a Facetime-like experience, there could be a steadier view.

The best solution is for the main player to put on a VR headset and start an app. Then the spectator can teleport into the same virtual room, and the spectator can then walk around in the same environment as the actual player. It’s almost like being in a live theater experience, or theater-in-the-round, said Bryan Chu, vice president of marketing at Vreal, who showed me a demo of the technology.

“We’re transforming the streaming experience where it’s like watching TV so that it’s more like a live theater experience where someone can pass the microphone to you and give you the stage for a moment,” Chu said. “You could speak to maybe 100,000 people in the room at the same time, or the millions of people who are watching on a traditional livestream. That’s really what it does.”

I used Vreal with the HTC Vive headset, connected to a PC. When I put it on, I entered the Vreal lobby. It was a pretty place with a futuristic 3D user interface, which was just like being in a real lobby. Chu came up to me and started speaking, but he was in the form of an animated avatar. I held the touch controllers in my real hands. I used my thumb to call up the teleport feature, and then pointed at another spot across the floor. I pushed the button, and I instantly teleported to that part of the room. I practiced for a while, and then we went into Futuretown’s VR game, Cloudlands: VR Minigolf.

At that point, I was inside the VR game with Chu. He pointed to a spot on the mini golf course and teleported there. I did the same. When I faced his avatar, I could hear him clearly. But when he moved away, I could no longer hear him. That was pretty useful. I also watched another VR player narrate her experience as she putted golf balls on the mini golf course. It was just like being part of the foursome on the golf course. I exited the game by using my touch controls.

We also went inside Surgery Simulator, a silly game that resembles the board game Operation, but in VR. I could watch someone else’s playthrough of the game and listen to them talk about the hilarious gameplay. I could peer over the surgeon’s shoulder as she removed the cartoonish patient’s rib cage. And then I could point to a pad near the patient and teleport there. Then I shrank down to the size of a small character, with a view of the patient’s heart and mouth. That was an interesting part of the experience.

Then we teleported inside VR Legends, a demo of a real-time strategy game that Vreal created just to show off its platform. I was in the middle of a live board game, where soldiers were running down some valleys. I could watch as defenders raced to meet them and they started fighting with swords. I was as big as a mountain and was looking down on them. Then I teleported to a platform, and I was down on the ground level, at the same height as the fighting soldiers. The battle raged on.

All of the demos didn’t have spectacular graphics, as they are in a quite rudimentary stage. But that’s typical for VR in its early stages. The important part was that I could see how being a spectator in VR could be fun, and how it could be much more interesting than other forms of watching livestreams of gameplay. It’s a shared social environment.

Besides the HTC Vive, the Vreal system also works with the Oculus Rift and Samsung Gear VR platforms. Vreal will run a beta test over the summer and announce some games that are using it. For now, Vreal is building all of the avatars itself.

“We want to have a wide range of avatars when we launch,” Hooper said. 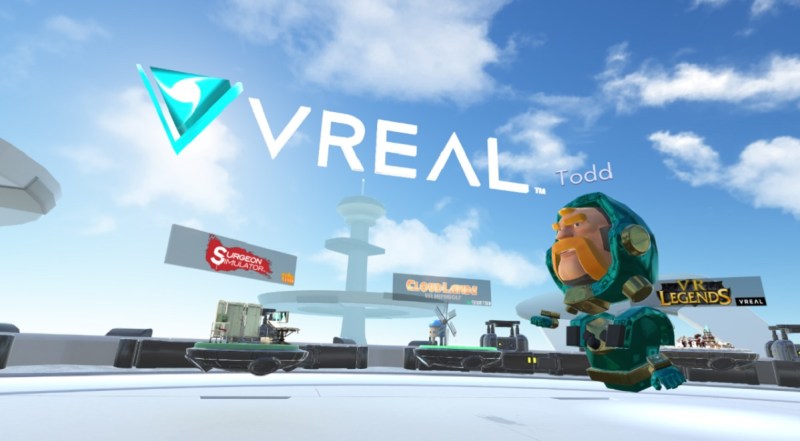 Vreal plans to introduce new ways for streamers to interact with the community in real time and with a huge number and variety of games. Vreal has no limit to the number of people who can sit in a virtual room and watch the action. Vreal created a rendering engine that can show a game from a different point of view. It can, for instance, show you what the room in VR looks like from your point of view, as opposed to the player’s point of view.

Hooper said the goal is to get developers up and running in a day with Vreal.

Vreal’s applications programming interface can be integrated directly into video game content in perhaps a  day.’s time. The platform integrates with both Unity and Unreal. Vreal was founded a year ago by Hooper, formerly of Unity.

The company could sell items such as avatars over time. Revenue in the future could come in the form of advertising. But the goal for the time being will be to get lots of users and find interesting games that are fun to watch, Hooper said. Vreal has 12 employees. 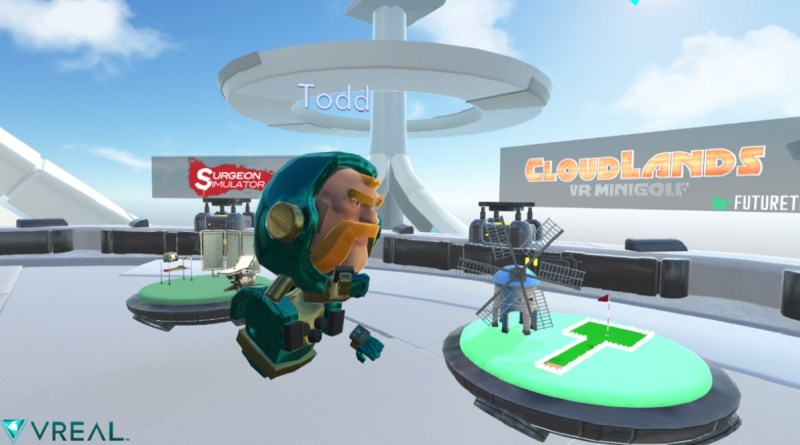 Above: With Vreal, you can dive into a VR app as a spectator.