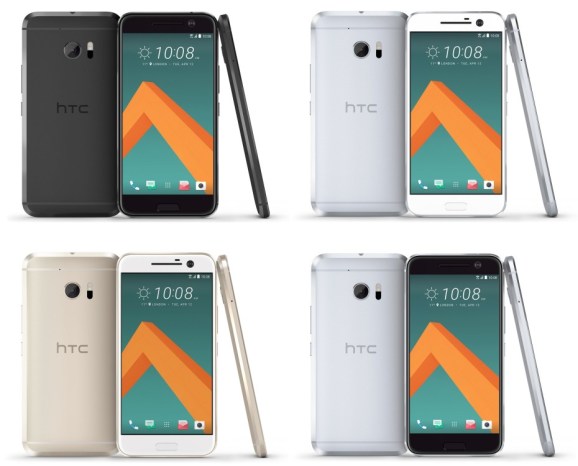 We now have a little more clarity about when HTC’s latest flagship phone could start shipping in the U.S., as Sprint today confirmed that the HTC 10 will be available from May 13.

HTC first unveiled the device — which comes with a Qualcomm Snapdragon 820 processor, 5.2-inch QHD display, and 12 UltraPixel camera — earlier this month, as the Taiwan-based tech titan chases the likes of Samsung’s Galaxy S7 and LG’s G5. The HTC 10 is already available to preorder SIM-free directly through HTC.com for $700, and Verizon is the first of the carriers to offer the device on preorder, starting today.

We still don’t have a firm shipping date, though VentureBeat’s own Evan Blass previously reported that the week of May 9 would likely be when the phone hit retail stores in the U.S. — and Sprint’s latest announcement ties in with that.

HTC M10: Hitting US retail the week of May 9th

The HTC 10 will be available on Sprint’s LTE network on May 13 for $26 per month on a 24-month plan, with zero to pay up front. This compares to $22.83 per month with Verizon (we still don’t have a price (or date) for T-Mobile). AT&T won’t be offering the phone, however.

Once a giant of the Android world, HTC has struggled in recent times against the likes of Samsung. But with rumors suggesting that HTC has been lined up by Google to build its next line of Nexus phones, and with its very own HTC 10 flagship about to go to market, things could be looking up.