After years of speculation, the search for the elusive creator behind the Bitcoin cryptocurrency may have reached a conclusion.

Revealing his identity to the BBC, among a handful of other publications, Australian entrepreneur and computer scientist Dr. Craig Wright today confirmed rumors that first surfaced in December, stating that he is, in fact, Satoshi Nakamoto, the pseudonymous individual who introduced Bitcoin to the world way back in 2009. 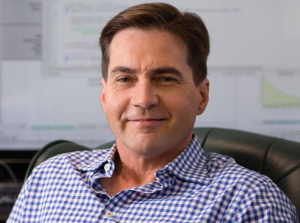 On December 9 2015, Australian police raided the home of Wright, a Sydney-based man fingered by both Gizmodo and Wired magazine as the likely creator of Bitcoin, though the raid itself was reportedly related to tax issues rather than any direct involvement with Bitcoin. Shortly before the police raid, both Gizmodo and Wired received “leaked” documents that strongly suggested Wright had created the leading cryptography-derived payment mechanism, and it looked as though Wright may have deliberately unmasked himself.

It was a curious move for sure, given that the real identity of Satoshi Nakamoto had been deliberately kept under wraps for so long, a mystery that had led to a 64-year-old Californian being wrongly identified as the Bitcoin creator. However, Wright has now directly claimed to be Satoshi Nakamoto and has provided proof to support his claim, with key members of the Bitcoin community also confirming Wright’s claim.

During a meeting with the BBC, Wright “digitally signed” messages using cryptographic keys created during the early days of Bitcoin’s development. “These are the blocks used to send 10 B to Hal Finney in January [2009] as the first Bitcoin transaction,” said Wright during the meeting. Finney, for the record, was a renowned cryptographer and key engineer who helped Wright develop the Bitcoin protocol.

Though there is skepticism over Wright’s claims, experts who have had the opportunity to review the data include Jon Matonis, an economist and one of the founders of the Bitcoin Foundation, who says that he believes Wright’s claims stack up. “During the London proof sessions, I had the opportunity to review the relevant data along three distinct lines: cryptographic, social, and technical,” he said. “It is my firm belief that Craig Wright satisfies all three categories.” The Bitcoin Foundation’s Gavin Andresen has also published a blog post supporting this assertion.

Since Wright was first implicated as the man behind Bitcoin, he has been subjected to scrutiny from the media, and this, according to Wright, is partly why he has decided to come out now. “There are lots of stories out there that have been made up and I don’t like it hurting those people I care about,” he said. “I don’t want any of them to be impacted by this. I have not done this because it is what I wanted. It’s not because of my choice. I really do not want to be the public face of anything.” Wright also said he wasn’t seeking money or fame and that he just wants to work.

Wright has also published this blog post with some admissions and thoughts, as well as further cryptographic “proof” that he is who he says he is. Wright says:

I have been staring at my screen for hours, but I cannot summon the words to express the depth of my gratitude to those that have supported the bitcoin project from its inception – too many names to list. You have dedicated vast swathes of your time, committed your gifts, sacrificed relationships and REM sleep for years to an open source project that could have come to nothing. And yet still you fought. This incredible community’s passion and intellect and perseverance has taken my small contribution and nurtured it, enhanced it, breathed life into it. You have given the world a great gift. Thank you.

Be assured, just as you have worked, I have not been idle during these many years. Since those early days, after distancing myself from the public persona that was Satoshi, I have poured every measure of myself into research. I have been silent, but I have not been absent. I have been engaged with an exceptional group and look forward to sharing our remarkable work when they are ready.

But this is only the beginning.

According to Wright’s website, he is a “computer scientist, businessman and inventor” born in Brisbane, Australia, in October 1970. He says he studied engineering at the University of Queensland before switching to computer science, and later studied nuclear physics and organic chemistry, as well as gaining a Masters in Statistics, a Masters in Law, and a Doctorate in theology. He has held a number of positions in the IT realm and also claims to have worked at the Australian Stock Exchange, “dealing with security and firewalls.”