InnoSpark is unveiling Trendy Town as a new kind of take on social networking games. The real-time town simulation game combines features of massively multiplayer online games as well as chat apps such as Line or Kakao. Dozens of players can chat and socialize in each instance of a simulated town, and they can build out their identities in the social space.

If the game takes off on a global basis as InnoSpark hopes, it will be a rare success in the social networking games for casual game players. Daniel Cho, chairman of Seoul-based InnoSpark, said in an interview with GamesBeat that the company hopes to establish the genre of the “MMOSNG,” or massively multiplayer online social networking game. It’s a bit hard to describe, but it looks like a cross between The Sims and FarmVille, except that all of the players are real people communicating in real-time, Cho said.

“We’ve been building this game for almost two years, and we want to be ready with a lot of content,” Cho said. “It’s like bringing Club Penguin and its avatar chatting together with mobile social networking services such as Line or Kakao. Instead of a dialog box and words, you now have an avatar to communicate with more expression. The town brings people together. ”

In the game, players create their own avatars and chat with friends. They can trade items in the Night Bazaar and go to parties with friends and strangers. The cartoon style avatars are infinitely malleable,with endless combinations of face shapes, skin colors, hair styles, eyes, noses, lips, and fashion items. A “celebrity magazine” highlights the avatars that are considered trend setters, based on a popular vote. Players can communicate using non-verbal expressions such as facial expressions, emoji, and body gestures.

The game is aimed at people who like cute art styles, including female gamers as well as young adults. The title uses Facebook authentication as well as credit card information, which can stop children from registering on their own. The chat communication is censored so that the conversation doesn’t become in appropriate, Cho said.

The game includes bots such as animals. At the outset, the game can accommodate about 30 players in a single town. Over time, that will be increased to more than 200. There’s a “royal square” where everyone can hang out, and players can enjoy fireworks, social activities, and trading.

“We want the game to be stand-alone, and not tied to any one social networking platform,” Cho said.

The game is designed to keep players coming back. The game has a lot of quests and a variety of rewards for completing them. The more you know someone, the more you can communicate. If you accept someone as a friend, you can gain access to their home, which could be a French chateau, and more parts of the town.” 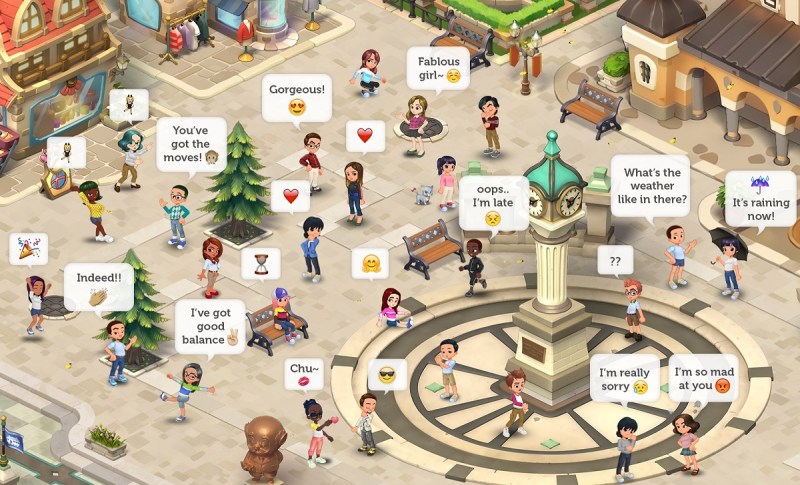 “The game is almost more like a service, with a lots of events that stimulate people to come back,” Cho said. “If you come back, there will be more rewards and gift giving.”

The town can be viewed in either portrait mode or landscape mode on a mobile screen.

“We still want people to be able to play it with one hand,” Cho said. “And that’s possible.”

If you play it on a tablet, you can see dozens of players at once. Players can talk to each other, buy items that help personalize their avatars, engage in trades, and undertake activities such as farming. The town is fully simulated, with weather, seasonal changes, and day and night cycles. Cho said it is designed to help capture emotions and emotional connections between players. 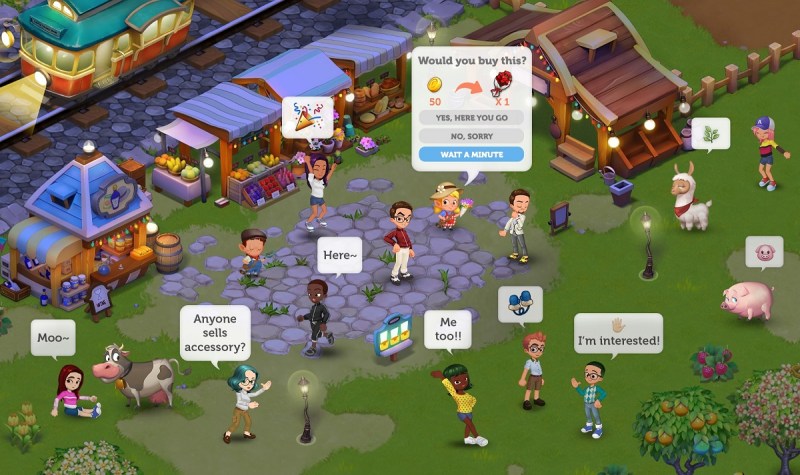 The title is a big one for InnoSpark, which was founded in 2012 and raised a $6.5 million round of funding last fall. Investors included venture capital firm Keytone Ventures, SL Investment, and Company K Partners Limited. Innospark has developed mobile games like Hero Sky: Epic Guild Wars and Dragon Friends: Green Witch. Those games have millions of users.

The company has 80 people, with more than half of them working on Trendy Town.

“This is a game that we created from scratch,” Cho said. “There are small elements that have competitors. But we don’t think there’s a MMOSNG that can accommodate so many people playing at the same time in the same town.” 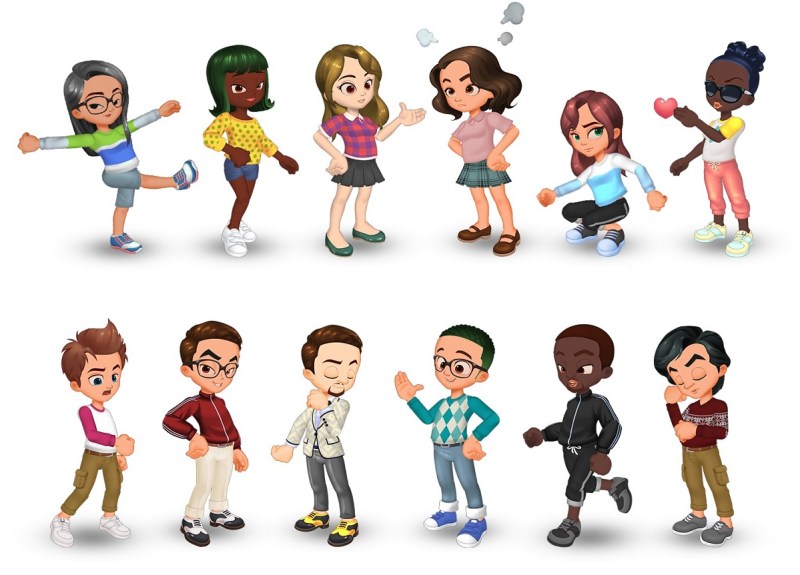