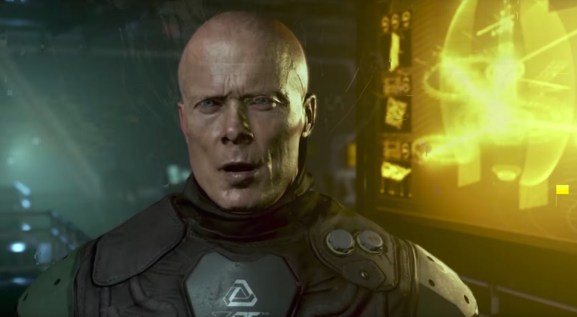 The leader of the Settlement Defense Front in Call of Duty: Infinite Warfare.

If you stand between people and a Call of Duty reveal, you’ll suddenly become popular (even if you’re a bot).

To promote the reveal of Call of Duty: Infinite Warfare, publisher Activision teamed up with Facebook to direct players to a chat bot on Facebook’s Messenger that played the role of Lt. Reyes, a character from the upcoming first-person shooter. The account exchanged over 6 million chats with fans hungry for info during its first 24 hours online. Activision releases Call of Duty games annually, and last year’s Black Ops III was the best-selling game of 2015.

It’s also an early example of a major game industry using Messenger’s bot capabilities to reach out to fans.

“We wanted to give our fans playing Call of Duty the first peek at the next game and a unique way to interact with one of the characters from the upcoming Call of Duty: Infinite Warfare,” said Tim Ellis, the chief marketing officer of Activision Publishing, in a press release sent to GamesBeat. “Messenger gives us the opportunity to engage directly with our fans in an interactive adventure that has never been done before — in Call of Duty or on Messenger. It’s been a lot of fun to see the community rally to work with each other and with Lt. Reyes on Messenger.”

Activision directed players to the chat bot through Nuk3town, a popular map in last year’s Call of Duty, Black Ops III. Those who put together the right clues were able to earn a link to Infinite Warfare’s trailer.

This kind of viral campaign is standard in gaming — it’s the use of bots that’s new. We’ve seen developers insert clues in old games and lead people through online scavenger hunts in order to hype titles like Halo 3 and Portal 2. However, the emerging bot space has given developers a new tool in marketing. In the future, the characters themselves can do a lot of a game’s promotional work.