Only about 30 percent of employees in the U.S. consider themselves engaged at work, which, depending how you calculate it, is at least a half-trillion dollar problem. But Reflektive may have cracked the code, as it supports the talent development and performance management processes of more than 150 of the world’s top workplaces, including Pinterest, Glassdoor, MuleSoft, Quantcast, Instacart, and Lyft. The company is raising a fresh $13 million from Lightspeed Venture Partners and Andreessen Horowitz to accelerate its rapid growth.

I talked with Rajeev Behera, cofounder and CEO of Reflektive to understand what makes the company unique. “GE, Adobe, Deloitte — all high-performing companies who invented performance management got rid of performance reviews. They started feeling the burn of employees staying 2-3 years instead of 10-20 years. Now they’re focused on ‘How do I keep people engaged?'”

Reflektive’s story mirrors that of another Silicon Valley darling — Slack. The story behind Slack is that the company tried to build a game. The game stunk, but the collaboration platform they built to support its development rocked. Poof — a $3-4 billion dollar enterprise-collaboration platform was born.

Reflektive might not be the fastest-growing enterprise app in history, but its 10X year-over-year revenue growth is impressive. With the goal posts for series A rounds being gradually moved out in 2016, funding is based on performance.

“We don’t come from HR,” Behera said. “We approached it from a pain point we had at Disney. I had a 100-person development studio reporting to me, and my people managers weren’t doing a good job managing employees. The platform was developed by people who built games at Disney.”

“We wanted to keep it really simple and lightweight, as well as viral. There are a lot of inherent re-engagement mechanics that help people engage on a weekly basis. It looks a lot different because the foundation is different. Most other products build a standard HR product first, but we started with a real-time feedback product, and then built other things on top of that.” 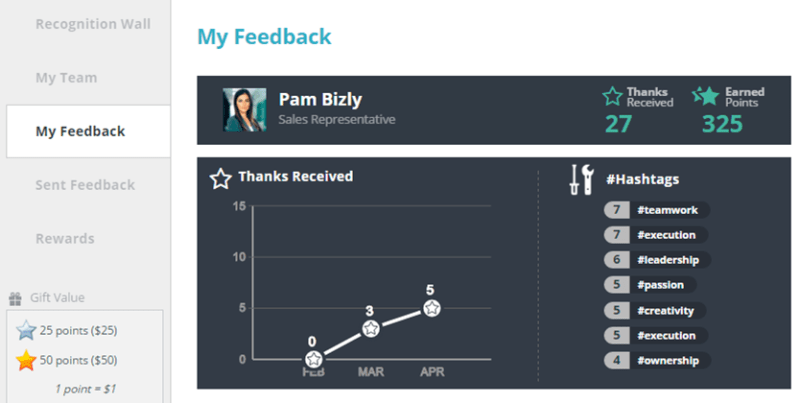 In general, HR people tend to be somewhat risk-averse. Reflektive takes a radically different approach. The company advocates new processes in performance management, not just a better UI (even though it has that, too). “In general, a lot of [talent management] companies are facilitating the current process. We’re driving a new process.”

Reflektive is unique because it integrates right in manager’s workflows, pushing talent management to become a continual process rather than a once or twice-a-year dreaded performance review. It integrates with Gmail, Outlook, and Slack — so you don’t have to engage a fresh system outside of the confides of your day-to-day work and interactions with employees.

The funding will be used to evolve the product, build out customer success, and hire across the company.