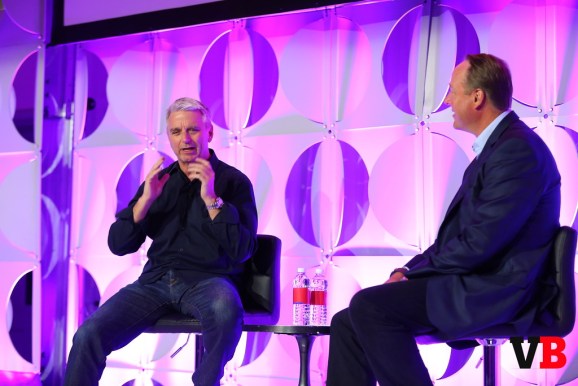 If you talk to people who need money to make a game or those who invest in gaming, you’ll repeatedly hear how difficult it is to get funding. But one industry veteran thinks the problem is that some startups don’t have a strong core.

Unity chief executive officer John Riccitiello thinks that a new gaming studio won’t work if the people responsible for it don’t have a clear idea about what they want to make. In a fireside chat at the GamesBeat Summit in Sausalito earlier this week, the former CEO of publisher Electronic Arts explained that most successful developers he’s worked with all have driven creative leaders who are passionate about bringing their ideas to the world. And his suggestion to today’s startups is to make sure you have that before reaching for funding and taking a leap into building your own company for the $99.6 billion gaming market.

“Developers complain a lot about how hard it is to fund a game and the cost requirements to market something on mobile,” said Riccitiello. “If you have a top 50 [highest-grossing chart] that doesn’t change, it can look like the impossible mountain. But if I were to pull back about why that happens, I think it starts with the motivation about why people start game companies.”

The Unity boss gave an example of a talented game developer who worked at a big company and left because they were frustrated with their career. Riccitiello said that those people start game companies because that’s what they thought they were supposed to do.

“I meet people who just kinda want to be a CEO of game startup, and that’s just not enough,” he said. “That is almost never going to work. I would argue that the only startups that I see work are the people who are possessed of an absolute clarity of what they’re trying to build. They see a clear spot in a red ocean — they see a blue island.”

Riccitiello went on to say that this means he’s always interested in investing in people and teams. If he sees a talented team with vision that he knows can execute, he’s more willing to take a chance.

“The team is everything,” he said. “I bet on team before I bet on ideas. Talent is a lot more scarce than it looks.