Electronic Arts is getting ready to rumble with the futuristic rival Call of Duty: Infinite Warfare by going back in time.

Today, EA announced its new Battlefield 1 game, set in the trenches of World War I. It’s release is set for October 21, the middle of gaming’s blockbuster season during the holiday shopping rush. Battlefield has been slugging it out with Call of Duty for years to be the No. 1 franchise on the shooter market. Rival Activision Blizzard showed off Call of Duty: Infinite Warfare this week, taking the $15 billion series into the far future, where humanity has settled the solar system, and space has become militarized.

And EA’s DICE studio is responding by taking Battlefield in a new direction. It features the history of World War I, without any modernized “alternate history” weaponry, according to EA. But there will be some license on the historical accuracy when it comes to having fun. For sure, despite the setting in a more distant time, the Battlefield action is going to be really intense.

“You can play a lone wolf approach or spotting for your teammates,” said Andreas Morrell, the multiplayer lead for the game, in a briefing for the press at EA’s headquarters today. “You have to change your tactics for the ever-changing battlefield. We can have interesting tactics. Battlefield gives you the tools to help you decide how to win.”

The vehicles and weapons of Battlefield 1

The question is just how to make first-person military shooters feel fresh and exhilarating so that the audiences keep growing. Rumors said EA would move this to World War I in an attempt to freshen up the series, and these were correct.

EA will have a playable demo at the EA Play event on June 12 at the Electronic Entertainment Expo in June. You can get early access to the Battelfield 1 public beta test later this year by signing up for the Battlefield newsletter.

EA’s DICE studio invited a group of players, dubbed Game Changers, to play Battlefield 1 in Stockholm and give feedback on the experience. Pool Shark, one of the players, said he was excited to see the trailer for the first time.

“That’s why I wore brown pants,” he said. “It definitely feels like Battlefield. The community was tired of the modern genre because they played it to death. It’s great to go back in time.”

Danny Berlin, the lead game designer at DICE, emphasized the importance of going back to the Great War and how it shaped today’s conflicts.

“It’s important to stress this is the next big episode in the Battlefield experience. This goes back to World War I. This is the genesis of the modern battlefield today. we are stressing emergence, immersion, team play, and gameplay. It is super-exciting to bring Battlefield to the stage of World War I.

“This was the most technologically divergent war ever, with cavalry running alongside tanks and biplanes flying overhead. Hand-to-hand combat was important. It was a technological arms race. It ends up being a perfect fit for the Battlefield game play, with an ever-changing world.” 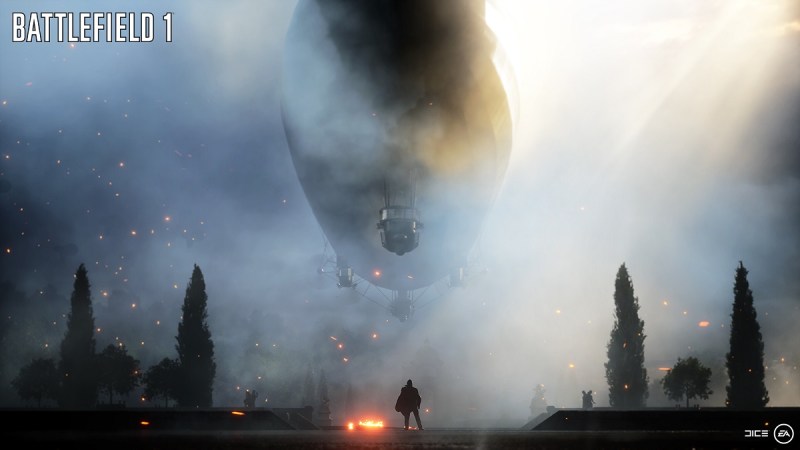 The graphics look awesome, with all kinds of settings from World War I.

“It’s a global war on an epic story. Everything should feel epic in this,” Berlin said. “There’s a huge variety of gameplay with weapons, vehicles, and combat. As we went on this journey, it’s a perfect fit with the Battlefield journey.”

Art director Gustav Tilleby said in a narrated video that the team did reference material gathering to make “the most believable world we have ever built.” They practiced with old weapons like shotguns, machine guns, rifles, and flamethrowers. Settings include the Italian Alps, the Argonne Forest in France (the site of the Allies’ final push of the war), and Saudi Arabia. These landscapes were beautiful.

“It’s a global war on a global scale that was full of locations we could choose from,” Berlin said. “We also need to stay respectful of World War I. These were some of the biggest battles that the world has ever known and they took place all over the world. It’s been eye-opening to research it.” 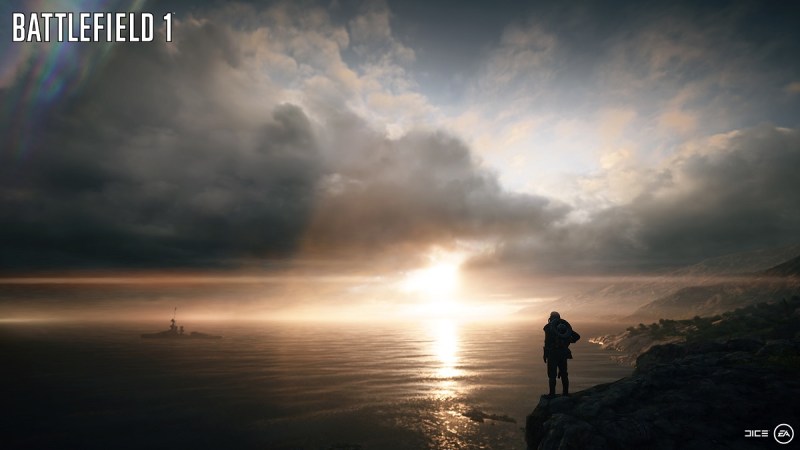 Morrell said there’s still a “rock, paper, scissors” feel to the gameplay, with all of the weapons and vehicles balanced so that no side has an absolute advantage.

“To make that work, you need a huge arsenal for the player,” Berlin said. “Players can change their play styles, and when those play styles clash, that’s where we get the rock-paper-scissors effect.”

It has plenty of trench warfare, but it doesn’t seem boring at all. Biplanes can drop bombs. Tanks can escort infantry. Planes can have dogfights in the air. And there’s definitely going to be a lot of hand-to-hand fighting. You can play as a medic, support, or a scout-sniper and engage in air-land-sea combat.

You can fight on horses and take on zeppelins. Pool Shark said that team play is really going to matter in the multiplayer combat. You may not be as successful as a one-person army.

Berlin said there will be more meaning to the hand-to-hand combat, and depth. You can beat an enemy to death with a shovel or stab them with a knife or bayonet.

“You can jump into amazing machines and go into the skies and be the Red Baron,” Morrell said. 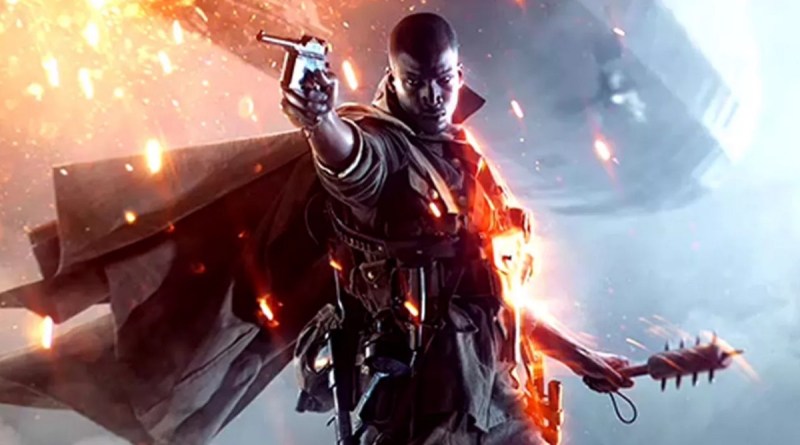