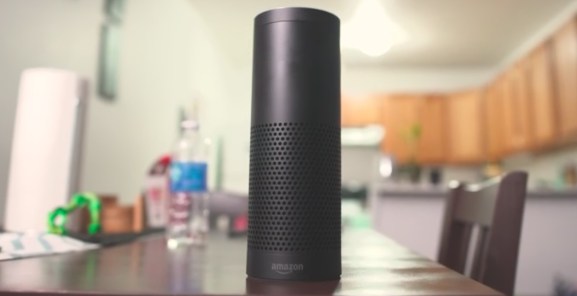 A few months ago, a pair of grown (but not necessarily grown-up) men discovered that Amazon’s digital assistant Alexa swears. You can use her Simon Says command to make her say “crap.” They also found that if you try to make her say “shit,” she’ll do it but bleep herself out.

I’m being slightly crude here because we need to understand the level to which you have to take your thinking with something like this. If you try to make intelligent digital technology, a major mark of its intelligence is how well it reflects and anticipates our baser instincts. If you put a digital assistant in front of people, sooner or later, they’re going to ask it to perform sex acts. It’s just the way it is, and you have to be ready for that.

And sex is far from the only thing you need to worry about. Alexa has to be ready for a wide range of inquiries that have almost nothing to do with her stated purpose. For example, if you channel 2001: A Space Odyssey and ask her to open the pod bay doors, she’ll tell you she can’t because you’re not in space, and she’s not Hal. She has hundreds of such Easter eggs. You can get unique replies to “What’s the meaning of life?”, “Will you marry me?”, “How much wood could a woodchuck chuck if a woodchuck could chuck wood?”, and even “Should I kill myself?”

You might think that Alexa’s team was wonderfully clever in anticipating all these questions. In point of fact, they were nothing of the sort. If you enter Alexa’s Easter eggs into Siri, you’ll find that she too has her answers to almost all of them. Believe it or not, Alexa, Hound, Siri, and Google Now all have answers to the Monty Python question “What is the airspeed of an unladen swallow?”

In other words, these are not really Easter eggs. They are a common and necessary feature of these products. They are there because people will ask them, and if your assistant is truly intelligent, she should have answers to them.

I’ve worked on projects like this and know they have two features that almost no one would guess. First, they’re very easy to do. Second, they tend to attract a very high level attention from corporate management.

Let’s start with the easy part. Contrary to what you might think, you don’t have to consult reams of data or spend weeks in a conference to come up with Easter egg questions. Lists of them are available on Reddit and have been floating around since the early search engine days. The writing is done typically by a team, whose work goes fast, because the jokes don’t even have to be funny. They win by showing up.

Now for the executive-level review. These things always go up the ladder. In Amazon’s case, Jeff Bezos himself probably looked at them. You might think he had better things to do, but that’s not necessarily the case. This is important stuff, perhaps even more so than things like Alexa’s ability to order an Uber car.

The reason is that when we build something like Alexa, we do not merely need to create a bot that can hail a cab. We also have to reflect our cultural baggage, questions about the nature of the universe, and our nervousness about the language of sex. All of what is human must be put into the machine.

It may seem counterintuitive, but digital technology like this reflects our humanity and culture in a more direct way than almost any other kind of product. A chair anticipates our body shape. Alexa has to anticipate everything that we are. She needs a potty mouth because we have potty mouths. She needs to think about the meaning of it all because we do. She needs to know tongue twisters and nursery rhymes and what to say when someone asks her what she’s wearing. Because people will say all that to her.

We say that Alexa has “artificial” intelligence. But in fact, her intelligence is deeply human, put there because we, not just God, make things in our own image. At the end of the day, digital technology is always marching towards a greater reflection of what we are, not, as so many people think, the other way around. Alexa swears because we do. It’s that simple.

Joe Shepter is a journalist and Cannes Gold-winning copywriter for brands including Adobe, Microsoft, AT&T, and Coca-Cola.